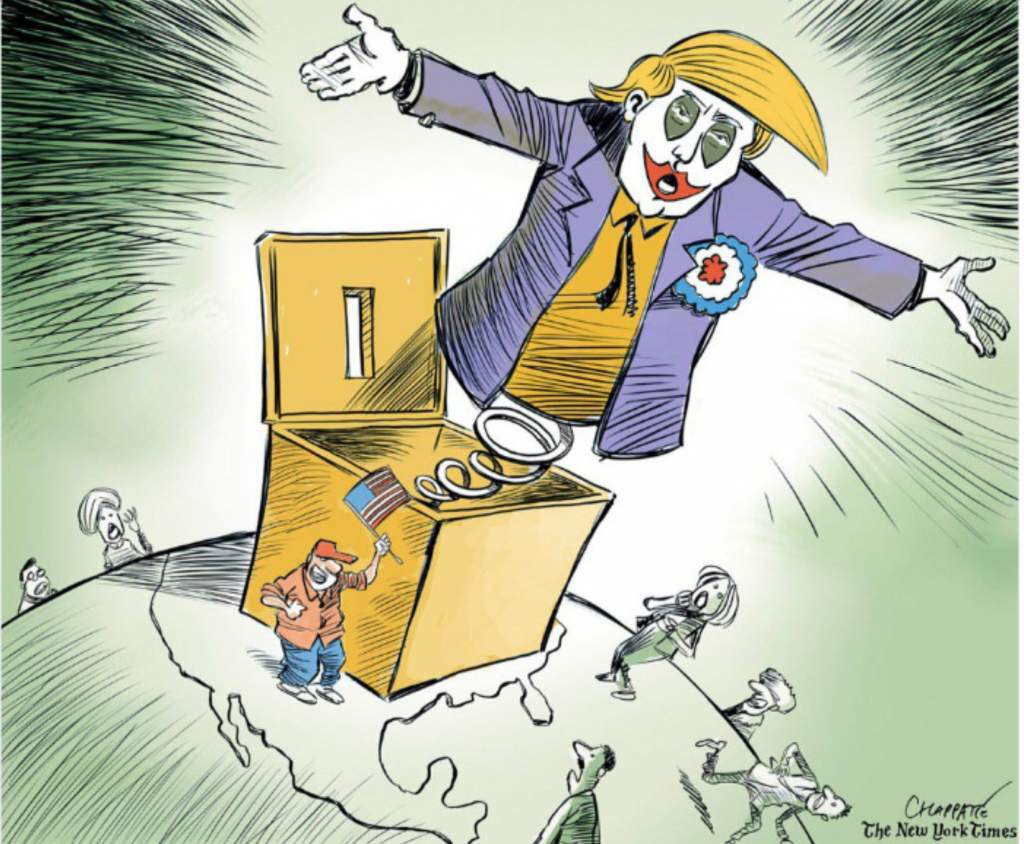 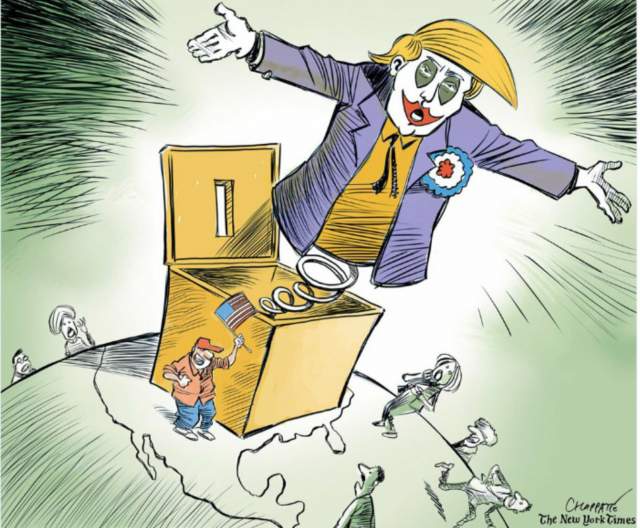 Many people consider Donald Trump to be the most dangerous person on the planet. Nevertheless, during his visit to Saudi Arabia, he met a man capable of pushing him from the dishonourable pedestal.

It goes about 31-year-old Deputy Crown Prince Mohammed bin Salman. This man is the actual ruler of the kingdom, because his father, King Salman, who is already 81 years old, does not cope with his duties due to old age. During 2.5 years of stay in power, Mohammed bin Salman has won the reputation of an impulsive and aggressive leader, which is evidenced by his actions. At first, he decided to strengthen the role of Saudi Arabia in the Syrian conflict, then he started the ongoing war in Yemen that has left as many as 17 million Yemenis starving. The shortcomings of the deputy crown prince and the American president – a man who does not always think about consequences of his actions – would be a dangerous combination for the most explosive region in the world – the Middle East

Prince Mohammed, who also serves as the Defence Minister of Saudi Arabia, does not learn from his mistakes, nor does he notice that he has committed any.

The deputy crown prince is not only a gambler, but also a person who likes to foolishly raise stakes. In an unusually underrated interview that he gave to Saudi television in early May, he threatened to invade Iran. “We will not wait for battles to start in Saudi Arabia, but we will work to ensure battles erupt in Iran,” he said.

The prince is known for his accusations against Shiites, who mostly reside in Iran. In his opinion, they want to seize Mecca and take control of all Muslims of the world. This seems especially strange against the background of the fact that the number of Shiites in the world is a lot smaller than the number of Sunnis. Yet, it appears that Prince Mohammed believes in the theory of a great anti-Sunni conspiracy organised by Iran.

To strengthen his own power and push aside other members of the royal family, the prince increasingly turns to the topic of religion and fosters nationalist sentiments in Saudi Arabia.

As for his international policy, it is worth saying here that none of his foreign campaigns haму achieved their goals. In the spring of 2015, Saudi Arabia supported the so-called conquest army in Syria that mainly consisted of representatives of al-Qaeda and Jabhat en-Nusra terrorist movements (banned in Russia). They won a number of victories over Syrian government forces, but their swift success led to the beginning of the Russian operation in Syria that greatly changed the situation in the region, not in Riyadh’s favour.

Saudi Arabia has lost its former influence. According to the prince, it happened because of the efforts of former US President Barack Obama, who, as the prince said, “missed a great number of opportunities that he could use to achieve significant changes in Syria.” In practice, Saudi Arabia had hoped for the US-led military intervention to ensure a regime change in Syria similarly to the example of Iraq in 2003 or Libya in 2011.

By the way, in private conversations, Obama would often criticise the policy of the Saudi authorities, as well as the position of the US State Department that would always support the actions of the kingdom.

Nevertheless, Obama spoke in favour of Saudi Arabia’s operation in Yemen until the very end of his presidency.

The war in Yemen continues, and Prince Mohammed has not been able to win it yet.  His statements on this subject are extremely contradictory. On the one hand he says that “the war is almost won,” but on the other hand, he mentions “thousands of soldiers who can fall victim to this conflict.”

As for the policy of US President Donald Trump regarding the Saudi campaign in Yemen, he has already ordered to increase support for the kingdom. The deputy crown prince will possibly seek ways to strengthen the confrontation between the United States and Iran.
In conclusion, it is worth noting that Saudi leaders welcomed the election of Donald Trump and his further actions, such as launching a cruise missile attack on Syria or dropping a MOAB bomb on Afghanistan.

Trump and Prince Mohammed may be very different in some respects, but they both know very well that fighting foreign enemies helps them to win support within their countries.