The coming of The Donald to the Promised Land, where Many Lies are told

By Uri Avnery, with Gush Shalom

[ Editor’s Note: I knew we would be hearing from Uri after the Donald ‘Moses’ Trump visit to the Holy Land, with Uri’s usual wit and satire, and it is all here for you to enjoy. One of Uri’s talents is poking fun at politicians, and his line below about Trump being a good liar, but not in Bibi’s league is a classic.

As always, we can rely on Uri to add some historical context to a contemporary news story. He used the gate-crashing, selfie-grabbing Israeli MP, Oren Hazan as his tool, who despite his protruding tummy, was able to wiggle himself right next to Trump for his cold-blooded selfie attack.

Uri uses his satire scalpel to relate how the early British colonial officers had been friendly to the Jews of Palestine after the Balfour Declaration.

But after enjoying the world-famous hospitality of the Arabs, followed by the constantly whining, complaining and demanding Zionists, the stereotype for the reputation of their being obnoxious was carved in stone. And this was by their own hand, not through any Jew-hating DNA in Gentiles, as is so often and conveniently charged by the ZioNistas.

I am waiting for the comic book to come out about Trump’s trip. It is a shame that print media does not have the political cartoonists on the payroll of times long past. What a field day they would have had with The Donald and his merry band of characters. I am also waiting for his first Saturday Night Live appearance, but I don’t think they would have him on, which is a pity. It would be soooooo much fun… Jim W. Dean ] 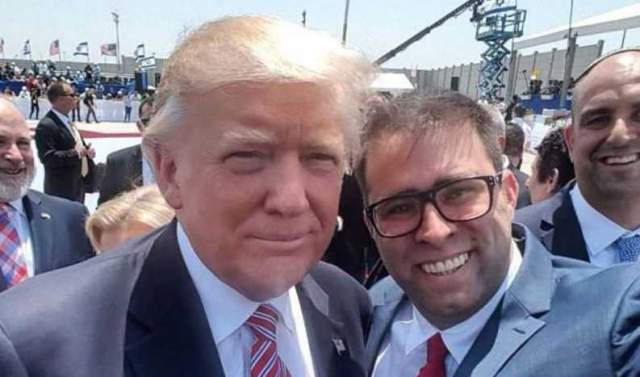 THANK GOD for Oren Hazan. Without him, this would have been an exceedingly dull visit. Israel’s cabinet ministers were lined up in the blazing sun at the foot of the airplane stairs for the official reception of President Donald Trump. It was very hot, there was no shade, dark suits for men were obligatory. Just awful.

Many cabinet ministers did not want to attend. The Prime Minister had to compel them with dire threats. But lo and behold, when Trump descended from the presidential plane, there was an endless line of receivers. Not only all the cabinet ministers were lined up, but also a large number of infiltrators. It was too late to remove them.

The most prominent among them was Oren Hazan. A simple first-term Member of the Knesset, with an acknowledged gift for vulgarity, he infiltrated the row of cabinet ministers. When President Trump approached his outstretched hand, Hazan produced his cellphone and started to take pictures of himself with the President, who, taken by surprise, cooperated sheepishly.

Within seconds, the photo was all over the world and on many websites. It seems to have made little impression in America itself. But Hazan was proud. It boosted his image even more than the recent court case, where it was found that there was no proof that he provided prostitutes to clients of his casino in Bulgaria.

It was as if somebody was out to prove my contention of last week, that the present Knesset was full of “parliamentary riffraff”. Oren Hazan fits that description admirably.

There were two Donald Trumps this week. One of them was touring the Middle East, being feted everywhere. The second was in Washington, where he was battered from all sides, denounced for incompetence and even threatened with impeachment in the future. Against the background of his troubles at home, Trump’s Arabian Nights were fantastic.

His first stop was Saudi Arabia. The desert kingdom put forward its best face. The royal family, consisting of a few hundred princes (princesses do not count) looked like the realization of all of Trump’s secret dreams. He was received like a gift from Allah. Even Melania, demure and silent as usual, was allowed to be present (and that in a kingdom in which women are not allowed to drive a car.)

As usual among eastern potentates, gifts were exchanged. The gift for Trump was a 110 billion arms deal that will provide jobs for multitudes of American workers, as well as investment in American enterprises.

After his short stay, including a meeting with a large group of Arab rulers, Trump came away with tremendous enthusiasm for everything Arab. After a two hour flight, he was in a completely different world: Israel.

Saudi Arabia and Israel have no common border. Though at one point – by the Gulf of Aqaba – only a few miles of Jordanian territory separate them, the two states could just as well exist on different planets. Contrary to the romance of the desert kingdom, where hunting hawks are prized, horses are admired and women are kept behind closed doors, Israel is a very prosaic place. Trump quickly learned just how prosaic.

Before the airport ceremony, Prime Minister Binyamin Netanyahu had a hard time convincing his cabinet to come to the airport at all. It was a very warm day, Ben Gurion airport is an especially hot place, and wearing a heavy, dark business suit is a nightmare for Israelis.

But in the end, the honor of attending was overwhelming. Not only did all cabinet ministers attend, but quite a number of ordinary (in both senses) parliamentarians and the like infiltrated the receiving line, which must have looked endless to the esteemed guest. Hazan was just one of many, though the most colorful.

They did not just want to shake hands. Every one of them had something very important to convey. So poor Donald had to listen politely to each and every one of them reciting his historic remark, mostly about the sanctity of eternal Jerusalem.

The Minister of Police had an urgent news item for Trump: there had just been a terror attack in Tel Aviv. It appeared later, that it was an ordinary road traffic accident. Well, a police minister cannot always be well informed. My humble advice: on such hot days, please erect an air-conditioned tent at the airport.

A word about the ladies. I presume that in her marriage contract, Melania Trump undertook to be graceful and silent on such occasions. Along the lines: look beautiful and shut up. So she stands aloof, slim, statuesque, her profile to the cameras.

Sarah Netanyahu is the very opposite. She is not quite as sleek as Melania, and she certainly does not shut up. On the contrary, she does not stop talking. She seems to have a compulsive desire to be the center of attention in every scene.

When a microphone succeeded in capturing a snatch of her small talk, it was about painting the walls of the official residence in anticipation of this visit. Not very highbrow. I don’t think that it is wise for Sarah’le to stand next to an international beauty queen like Melania. (Just a thought.)

It all reminded me of a book I read ages go. The first British colonial District Officer in Jerusalem, almost a hundred years ago, wrote his memoirs. The British entered Palestine and soon issued the Balfour Declaration, which promised the Jews a national home in in the country. Even if the Declaration was a pretext for grabbing Palestine for the British Empire, the British were indeed imbued with a love for this country. They were also quite friendly to the Jews.

Not for long. The colonial officers came, met Jews and Arabs, and fell in love with the Arabs. Hosting guests is a part of Arab culture, a long-standing tradition. The British loved the Arab aristocracy.

They were much less enamored with the Zionist functionaries, mostly from Eastern Europe, who never ceased to demand and complain. They talked too much. They argued. No beautiful horses. No hawks. No noble manners. By the end of British rule, very few British administrators were ardent Jew-lovers.

As for the political content of Trump’s visit, it was a contest of lies. Trump is a good liar. But no match for Netanyahu. Trump spoke endlessly about Peace. Being quite ignorant of the issues, he may even have meant it. At least he put the word back on the table, after Israelis of almost all shades had erased it from their vocabulary. Israelis, even peaceniks, prefer now to speak of “separation” (which, to my mind, is opposed to the spirit of peace.) 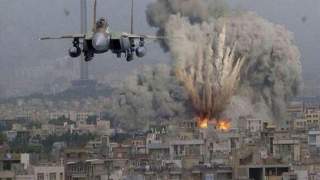 Netanyahu loves peace, but there are things he loves more – annexation, for example. And settlements. In one of his addresses, a sentence was hidden that, it seems, nobody noticed but me.

He said that “security” in the country – meaning the right to use armed force from the Mediterranean Sea to the Jordan River – will be exclusively in the hands of Israel. This, in simple words, means an eternal occupation, reducing the Palestinian entity to some kind of Bantustan.

Trump did not appear to notice. How could he be expected to? Peace is not just a word. It is a political situation. Sometimes it is also a state of mind. Trump came to Israel with the impression that the Saudi princes had just offered him a deal – Israel will free Palestine, Sunni Arabs and Israelis will become one happy family, they will fight together against bad old Shiite Iran. Wonderful.

Only Netanyahu does not dream of freeing Palestine. He does not really give a damn about far-away Iran. He wants to hold on to East Jerusalem, to the West Bank and, indirectly, to the Gaza Strip. So Trump went home, happy and satisfied. And in a few days, all of this will be forgotten. And we will have to solve our problems ourselves.