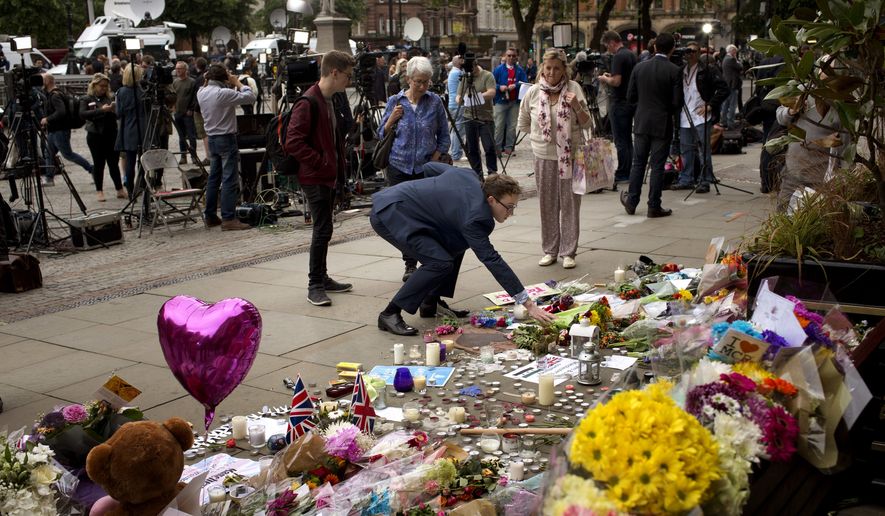 
The Manchester atrocity certainly succeeded in derailing the General Election campaign here in the UK. It has now resumed with the focus on homeland security and a lot of fresh babble about the ‘war on terror’, much to the frustration of party strategists who planned to preach Brexit… Brexit… Brexit.


Labour leader Jeremy Corbyn seized the moment to say that our military interventions in the Middle East threaten safety at home. Theresa May and her Tory team, in denial as ever, have been trying to slap him down.


The link is obvious. So when did all the aggravation start? Probably 1917 with the insane Balfour Declaration in which Tory foreign secretary Arthur Balfour, in a letter, promised Lord Rothschild a homeland for the Jews in Palestine. He pledged assistance for the Zionist cause, totally disregarding the consequences for the Arab majority there.


Lord Sydenham warned: “What we have done, by concessions not to the Jewish people but to a Zionist extreme section, is to start a running sore in the East, and no-one can tell how far that sore will extend.”


It was surely the cruellest and most idiotic foreign policy decision by a British government. Today there are 6.5 million dispossessed Palestinian refugees worldwide. More than 1.5 million live a miserable existence in 58 refugee camps in Jordan, Lebanon, Syria, Gaza and the West Bank including East Jerusalem, waiting in vain to return to their family homes and farms. Those who still live in the shredded remnants of Palestine have been under brutal Israeli military occupation or blockade for 69 years. The Western powers’ failure to implement international law and deliver justice to the Arab communities in the Holy Land is deeply resented by Muslims worldwide.


The Holy Land has been a powder-keg since 1948 when Britain walked away from its mandate responsibility and the Israelis immediately declared statehood without defining borders. They have been stealing Palestinian lands and resources ever since. It will remain a powder-keg until the international community comes to its senses.


There have been many calls for us to apologise for Balfour’s betrayal. Theresa May responds by announcing her government will mark the centenary of the Balfour Declaration later this year “with pride”. For good measure she has invited Israeli prime minister Netanyahu, who is on many a wanted list for crimes against humanity, to join the jollifications. What terror-risk assessment has been done on this latest stupidity?


Of course, whenever we talk about the chaos in the Middle East the elephant in the room – Israel – is never mentioned. Yet the Israel lobby has huge influence (some say “control”) over US foreign policy and considerable leverage in Westminster through organisations like Conservative Friends of Israel, whose aim is to promote the interests of that regime in the UK Parliament. Over 80 percent of Tory MPs are said to belong to it, despite a recent UN report (now suppressed) branding Israel an apartheid state. Why such a concentration of zombies in the corridors of power?


I recently heard one of May’s cabinet cronies blurt out that the Iraq war couldn’t possibly have been a cause of terrorist attacks here because it came after 9/11. When was 9/11? Ah yes, 2001. We imposed sanctions on Iraq for 12 years before waging the illegal war of 2003 – sanctions so vicious that they killed over half a million Iraqi children. “We think the price was worth it,” said the loathsome US secretary of state Madeleine Albright at the time.


Let’s not forget that Afghanistan, Iraq, Libya, Syria, Lebanon and Iran are Israel’s enemies, not ours. Those wars, or interventions, are largely for Israel’s benefit although the Establishment spins a different story.


As for our inexplicable hostility towards Iran, does anyone remember the crimes we committed against that country? The way government-controlled Anglo-Iranian Oil (later BP) cheated Iran out of its oil revenues? The way, in 1953, we and the US overthrew their democratically elected prime minister Dr Mossadeq, imprisoned him, crushed Iran’s fragile economy and reinstated the hated Shah for a further 25 years? This led inevitably to the Islamic Revolution of 1979. A few years later another Tory government backed Saddam in the Iraq-Iran war, leaving the Iranians in the lurch. Iran remembers even if we don’t.


As Corbyn reminds us: “This is the fourth General Election in a row to be held while Britain is at war and our armed forces are in action in the Middle East and beyond. The ‘war on terror’ which drove these interventions has failed. They have not increased our security at home – just the opposite. And they have caused destabilisation and devastation abroad.”


We reap what we sow, Mrs May. You should urgently revise your foreign policy for all our sakes.