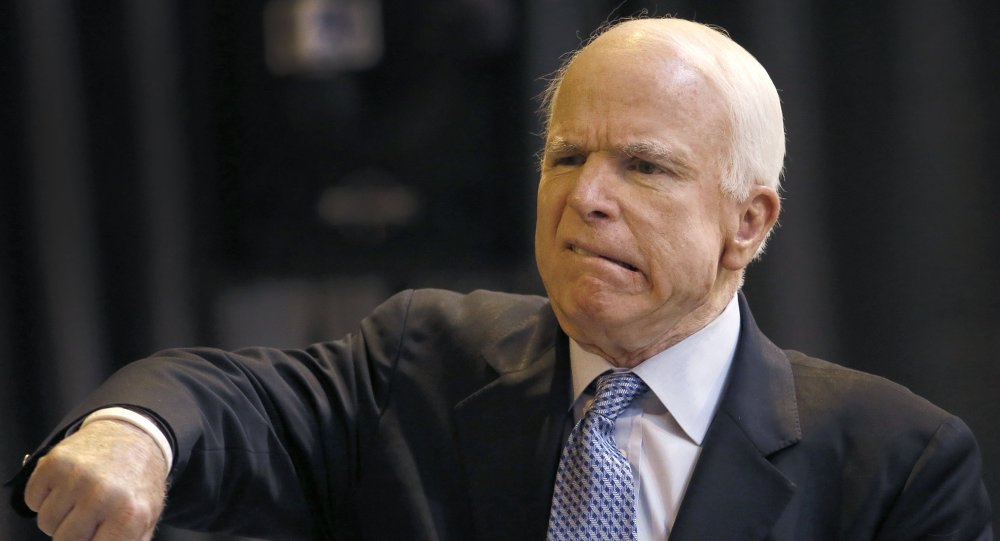 Russian Foreign Minister Sergei Ryabkov has recently put John McCain on a suicide watch by saying that the Zionist puppet is basically schizophrenic. He said: “People of McCain’s sort have obviously lost their sense of reality.”[1] Ryabkov was just warming up. He moved on to say:

“The countries in the group of seven are contaminated with the virus of their self-importance and the aggrandizement of their own approaches, which prevents our colleagues in the West from adequately evaluating reality.”[2]

We all know that people who do not understand what is real and what isn’t are often called schizophrenic. They cannot communicate well. They often produced contradictory statements and false beliefs. As the National Institute of Mental Health declares, “People with schizophrenia may seem like they have lost touch with reality.”

Some of the signs of schizophrenic behavior include hallucinations and delusions, and McCain is certainly deluded into thinking that Russia or Putin is worse than ISIS. McCain began his Russophobia back in 2013 when he started making alliance with neo-fascists or neo-Nazis in western Ukraine.[3]

McCain has a long history of producing schizophrenic behavior. He advocated the bombing of Belgrade in the 1990s.[4] Like John Bolton in the New York Times,[5] he sang “Bomb Iran.” “That old, eh, that old Beach Boys song, Bomb Iran,” he told one audience ten years ago. “Bomb, bomb, bomb, bomb, anyway, ah ….”[6]

The question is simply this: where did McCain get this crazy idea? Did he actually invent it? Or did it get it from the Israeli regime and the Neoconservative hawks in America? As it turned out, McCain got it from people like Sheldon Adelson and Benjamin Netanyahu, who posited that the US should bomb Iran.[7]

Jewish Neocons like Daniel Pipes have also been saying for years that the US ought to drop bombs on Iran.[8] Why? Well, we were told again and again that Iran was making nuclear bombs, a complete hoax which Benjamin Netanyahu himself made up.[9]

[3] John Wright, “US Senator John McCain – a Man Who Wears His Russophobia With Pride,” Sputnik News, June 1, 2017; “John McCain Went To Ukraine And Stood On Stage With A Man Accused Of Being An Anti-Semitic Neo-Nazi,” Business Insider, December 16, 2013; Max Blumenthal, “Is the US backing neo-Nazis in Ukraine?,” Salon, February 26, 2013.