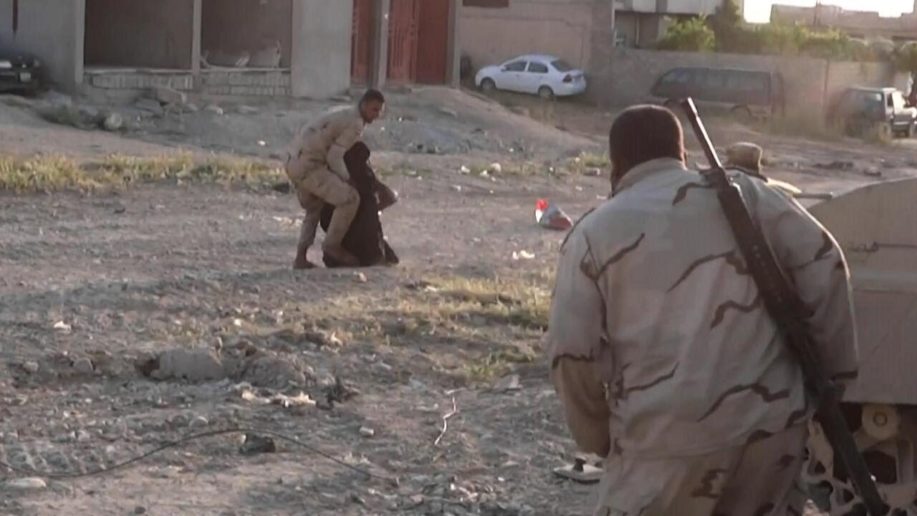 [ Editor’s Note:  This was a situation that could have been a horror film, but these people escaping Mosul, what appears to be extended family units, were lucky. A jihadi with a machine gun did not get a bead on them. But on many other days, those making the dash for freedom were not so lucky.

This is the first video I have seen that is this intimate. The cameraman had a good spot to video, which also exposed him to snipers. Rather than just move all over the place he held his spot and let the action come to him, which it did. But when he knew the burly soldier was going to go for the old woman that was down, he made his move to get the shot.

This anonymous camera man, we will probably never know his name, or the soldier who risked his life. These people lived, while others got mowed down attempting their escape. So many civilians have died anonymous deaths, as so many more will, until it is finished, as happened when Aleppo’s nightmare ended … Jim W. Dean ]

During the battle of Mosul dozens of Iraqi civilians trying to reach an Iraqi army unit. Their movements have been spotted by the terrorists and they open fire with automatic weapons.

An old woman is not able to reach the soldiers (or is wounded by gunfire). An Iraqi soldiers is moving her into safety. The video was filmed by a soldier of Iraq’s 9th Armoured Division.