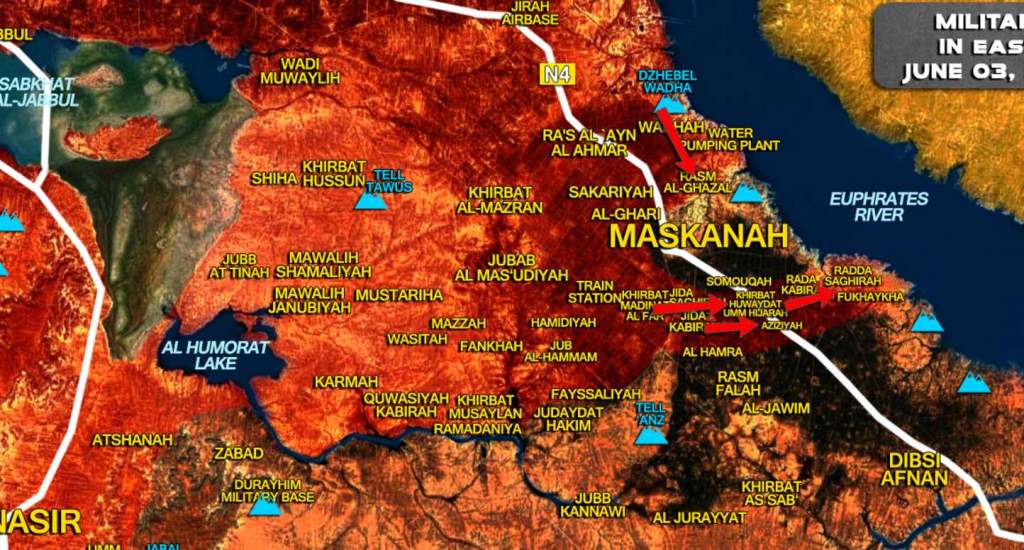 [ Editor’s Note: Although this is good news, Southfront is reporting the main ISIS body had already retreated, leaving suicide squads to bleed the SAA down when it moves to take the city. Foreign jihadis are usually chosen for this “dead ender” work.

It is strange that there has not been a word about the civilians in Maskanah, no bombing casualties reports, nothing… not even any refugees from the area during the battle. Where is the Syrian Observatory?

It looks like the Syrian Palestinian Liwa al-Quds force is supplying the manpower to move east from Khanasser. The real estimate of their strength is around 4500, vs the PR earlier claims of 9000. They are probably split into four 1000-man brigades, not counting support, as most of their people are shooters. One brigade might be tasked with pushing ISIS out of this area.

There is no word on where any escaping ISIS people from Maskanah are going to go, as they sure as hell can’t get to Raqqa, nor should they want to. And then, why did the Russian/Syrian planes not bomb them when they were on the road retreating??? …unless they filtered out one car/truck at a time?

There surprisingly has been no reporting on the large oil field area south of Raqqa, a hugely important asset to control for Damascus; and the SAA needs to get it, while the Kurds and US friends are tied up in Raqqa. One of the reasons the SDF has been offering ISIS free passes to get out is so the US Coalition can clear Raqqa quicker, and then move south on the oilfields on the way to “liberate” Deir-Ezzor.

But with all that going on, we have credible reports that the US and Russia have been in talks over making the southeast-Syria area a safe zone. We have a report today that the US has reinforced its base that controls the Al-Tanf key crossing on the Baghdad-Damascus highway. I cannot imagine Assad would agree to leave it blocked, as it is a strategic supply line. As always, the Syrian war is a moving target… Jim W. Dean ] 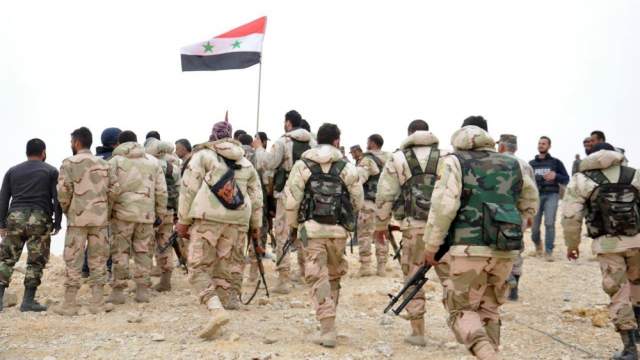 The Syrian Arab Army (SAA), led by the Tiger Forces, liberated Deir al-Ghazal village north of Maskanah, and the villages of Aziza, Radda Saghira and Fakhikha south and south-east of the ISIS-held town. Thus, the SAA completely ecnricled ISIS terrorists inside Maskanah.

According to pro-government sources, a majority of the ISIS militants withdrew from the town last Monday and only a small group remained in the town to carry out suicide attacks against advancing government forces.

From its side, ISIS claimed that it managed to damage a BMP-1 and to destroy a vehicle belonging to the SAA with ATGMs in Al-Faisaliah village. The ISIS-linked news agency Amaq also published photos showing clashes between ISIS elements and the SAA in the vicinity of Maslma.