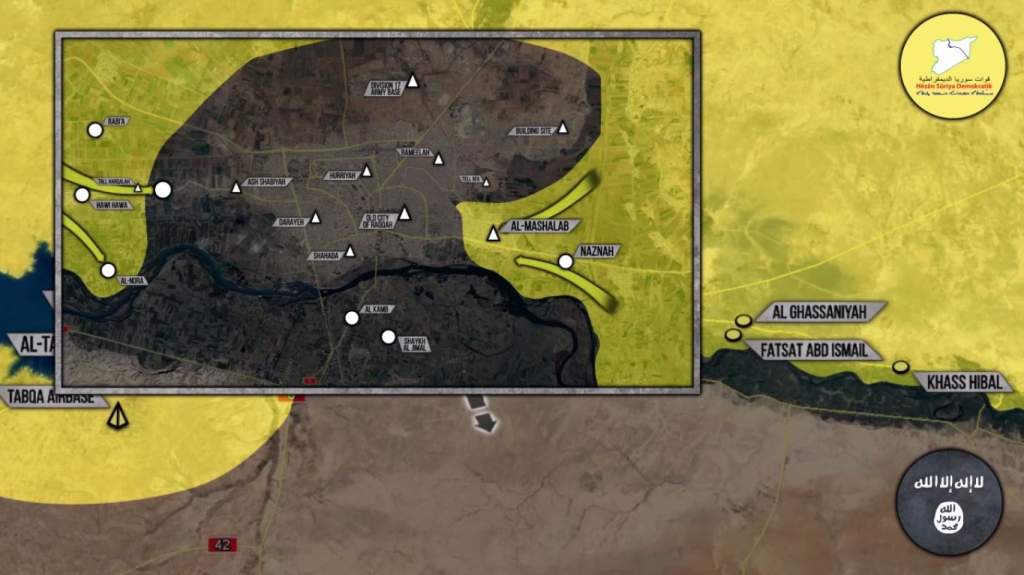 Late on June 6, the US-led coalition once again bombed pro-government forces in the area of At Tanf in southern Syria near the border with Iraq. According to the coalition statement, warplanes targeted a group of over 60 soldiers with battle tanks, technical vehicles and artillery pieces “posing a threat to Coalition and partner forces based at the At Tanf Garrison”. The airstrikes reportedly destroyed two artillery pieces, an anti-aircraft weapon and damaged a battle tank.

This was the second time when the coalition’s airpower bombed government forces in the area and a uncountable time when US-backed proxies preferred to combat the Syrian army and its allies instead of ISIS. The coalition previously struck a pro-government convoy in the area on May 18. It also has two military facilities in the border area: one is near At Tanf and other is near Al-Zquf.

Thus, the new coalition strategy is to use US troops as a buffer in order to prevent Damascus forces from reaching the border.

The US-backed Syrian Democratic Forces (SDF) declared a start of the storm of the ISIS-held city of Raqqah. According to the SDF spokesman, Talal Silo, the SDF will storm the city from the northern, western and eastern direction. Thus, the SDF claims that it is going to prevent ISIS terrorists from fleeing to the south have proven to be untrue.

Following the announcement, the SDF captured the Naznah and al-Mashalab areas in the eastern part of Raqqah and attacked the Harqalah area west of it. The remaining ISIS fighters, many of them had been redeployed to Deir Ezzor and Homs provinces, will concentrate their defenses in the center of Raqqah.

The George H.W. Bush Carrier Strike Group has resumed strike missions against ISIS targets from eastern Mediterranean, the US Navy said in a statement at its website on June 6. The Raqqah storm is ongoing amid endless military strikes by the coalition airpower and artillery. The US Special Forces also play an important role in the operation.

The Syrian Army Tiger Forces continued advancing against ISIS south of Maskanah and liberated the villages of Sulayhiyah, Khirbat al-Muftahiyah, Khirbat Muhsin, Khirbat al-Hassan, Khirbat as Sab and Tarfawi. Near the town of Ithriyah, government troops captured the area of Maksar ash Shamali. Summing up these developments, some experts say that the army and its allies may attempt to reach the Ithriyah-Tabqa road south of the SDF-held area.

In the city of Deir Ezzor, government forces have repelled the ISIS advance in the Panorama Roundabout area and stabilized the defense line. However, the situation remains tense.