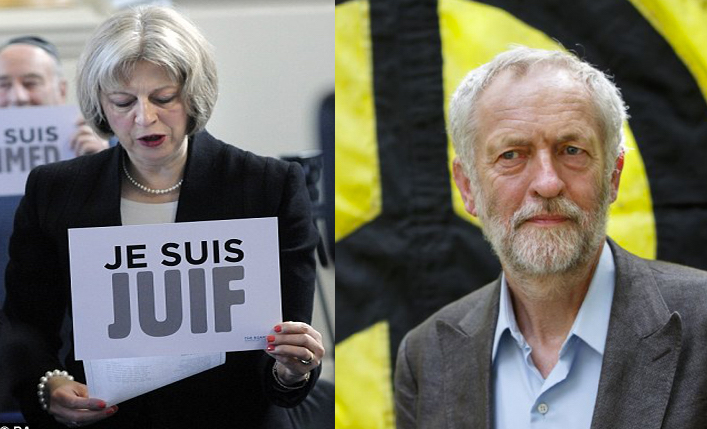 So, seventy-five per cent of Brits realize that it is those immoral interventionist wars in Iraq, Syria, Afghanistan and Libya that have contributed to the terror that now haunts their country.

But ‘interventionist wars’ is just a politically correct term for Israeli-driven global conflicts promoted by the worldwide Zionist lobby: AIPAC in the USA, CRIF in France and the LFI/CFI in Britain. So the next question is unavoidable. How many of these Brits, who obviously know the truth about Britain’s ‘interventionist wars’, also grasp who it is who triggers these genocidal conflicts?

Today’s British election results provides us with a clear answer.

Theresa May has been made a fool by the British voter while Jeremy Corbyn, who was subject to constant smearing by the same lobby that pushed us into Iraq, Libya, Syria and even Iran, came out as the big winner.

The conclusion is inevitable: the more the Jewish and Zionist  institutions (BOD, JC, Jewish Labour Movement, LFI etc.)  rubbished Corbyn, the more the Brits loved him. The more the Daily Telegraph pointed at Corbyn’s ties with so-called ‘Holocaust deniers’ the more the Brits saw him as a genuine human being and an entirely suitable Prime Ministerial candidate.

This should not surprise us. Exactly the same dynamic led to the election of Donald Trump in the USA last November. The more the Jewish institutions and media castigated Trump as an ‘anti-Semite,’ the more Americans saw him as a their liberator.

The truth of the matter is that Trump is far from being an anti-semite. On the contrary, he is, as some Jewish journalists pointed out, probably the ‘first Jewish president.’ The same applies to Corbyn. He is certainly no ‘racist’ nor an ‘anti-semite.’ No, his crime is all-too-obvious: He thinks  Jews are ordinary, people like all other people. He refuses to buy into the ‘chosen people’ mantra.

I have been anticipating Corbyn’s imminent success for more than two weeks now, but how did I know? Simple, the Jewish Chronicle and the Guardian of Judea changed their tone. They began to accept the possibility that Corbyn may well take up residence in 10 Downing Street for a while.  Pretty much, out of the blue, somehow, they decided to make friends.

Corbyn performed very well in this election. But he could have won it just by pointing at the lobby and the people behind the institutional smear campaign against him. He could have done what Trump did and performed what the Jewish press refer to as ‘dog whistling.’

He could have chastised the Israeli Sayanim within his party – after all, the evidence was fully documented.  He could  have taken a stand and stood for his party comrades who were victims of the Jewish Labour purge. But he didn’t. Corbyn isn’t Trump.  Being an overwhelmingly nice person, he turned the other cheek – something I myself find frustrating, probably due to my own Jerusalemite origin.

In my new book Being in Time – a Post Political Manifesto I point out that for working people, utopia is but nostalgia. It was Trump’s promise to ‘make America great again’ that secured his election.  Similarly, the surge in popularity of Jeremy Corbyn, an old-style Lefty who speaks about a unity that goes beyond sectarianism and identity politics is due to the nostalgic impact of his message, that yes, once upon a time, we were united by the Left.

Is it really a coincidence that, in Britain, it is Labour that is gaining power by marketing nostalgia while Theresa ‘conservative’ May is punished for her attempt to frog-march Britain ‘forward’ into the brutal and merciless hands of murky City mammonites and New World Order merchants? 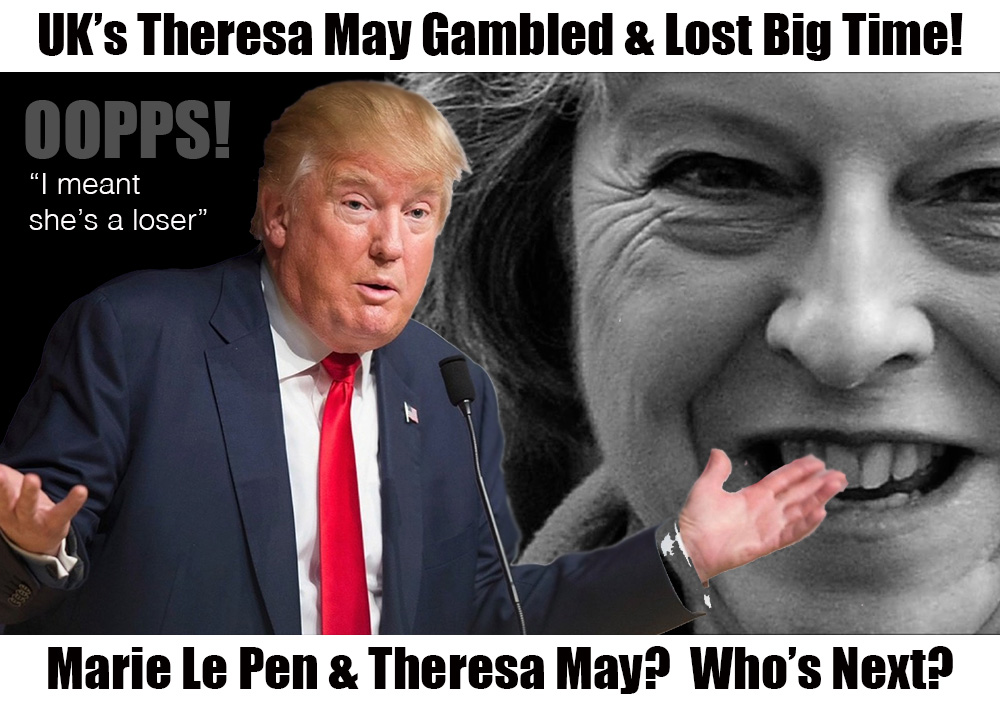