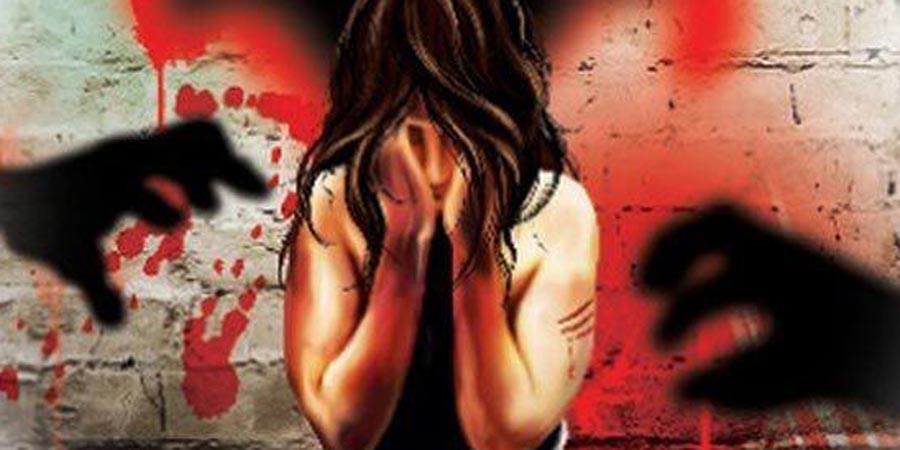 As if the mass rapes committed by self-professed Islamists in Syria, Iraq, and Nigeria did not suffice, I am saddened to report a long string of attacks in another nation. According to confirmed reports, as many as one hundred and forty-eight women and girls have been abducted, tortured, hanged to death or burned alive. In some cases, the victims were sexually assaulted as part of the process. In at least four cases, the victims were pregnant. Some of them had their stomachs slit open.

The first case involves a young woman who supposedly gave a glass of poisoned lemonade to a teenage extremist. Although the terrorists tried to force her to confess, she steadfastly refused and was hanged.

The second case involves a woman accused of killing a terrorist who supposedly stumbled upon some stolen goods in her home. The terrorists murdered her 15-year old son in front of her eyes although he was not involved in any theft or murder. The boy was killed to traumatize his mother. After gang-raping the accused woman, they wrapped a rope around her neck and hanged her from a bridge.

The third case involves a mentally ill woman who was accused of murdering her female employer. In festive mood, local terrorists placed in a car, tied a rope around her neck, and fastening it to a tree limb. They cheerfully drove off at high speed, strangling her to death. Her body was dragged out of the car, her eyes were blown out with pistols, and her body literally cut in half by a shower of shot-gun pellets and riffle bullets.

The fourth case deals with a seventeen-year old girl who was sexually assaulted by two terrorists who broke into her home. Her brother responded to her cries and maimed or murdered one of the rapists. The courageous young girl reported her sexual assault to authorities, believing that the culprits would be put to death according to religious law. Rather than punish the rapists, the authorities accused the victim of fornication and placed her in prison. Frustrated that the victim’s brother escaped retaliation, a dozen terrorists dragged the young girl out of prison and hanged her in his place.

The fifth case involves a brave woman who denounced the murder of her husband to the authorities. After one of their men was murdered, the terrorists started randomly murdering any men who might have been involved, including the husband of the woman in question. To punish her for speaking out, the terrorists hanged her by her feet, doused her with gasoline and oil, and set her body on fire. One terrorist took out a long knife used to disembowel animals by butchers and slit her stomach open. The baby of the victim, who was eight months pregnant, tumbled to the ground with a “little cry.” With shouts of joy, the terrorists tramped the baby to death then sprayed bullets into the blistered body of its dying mother.

The sixth case deals with two young men and two young women. The older man, who was twenty, was accused of murdering a terrorist for sexually assaulting the young women in question. They placed his testicles in the jaws of a vice and slowly closed them until he confessed to murder. Both he and his younger brother were instantly put to death. The women were to be hanged from a bridge as a warning to other women. The older woman, who was four-months pregnant from her rapist, fell from a bridge twice as she tried to escape. The final fall would prove fatal. The terrorists laughed at how difficult it was to kill such a big woman. The younger sister, who was only 14, was almost full term when she was murdered by the terrorists. Since nobody claimed to bodies, some terrorists decided to bury the remains of the young girl on the second of her murder. One witness claimed that the movements of the unborn child could still be detected.

The seventh case involves a young married woman. Armed extremists broke into her home, threatened her husband with rifle barrels to his head, and abducted her. The bloodthirsty mob of terrorists took her outside of town, stripped her naked, subjected her to mass rape, and hanged her from a tree. Thousands upon thousands of villagers witnessed the gruesomely horrific scene.

This war against women, waged by misogynistic men, has cost the lives of nearly one-hundred-and-fifty daughters, wives, and mothers. The crimes were committed in Syria and Iraq between 2012 and 2017. The perpetrators of these atrocities all belonged to the same race. They all belonged to the same religion. Their actions were widely supported by religious and political leaders. The perpetrators were all Arabs and Muslims. The victims were Jamilah Salim, Layla Nur, Naylah Badawi, Maryam Salaam, Mariyyah Samir, Habibah Halabi, Ruh Husayn, and Karimah Hindi. Surely, Islam and Muslims are to blame.

In reality, the crimes were committed in the United States of America in the early decades of the 20thcentury. The perpetrators of these atrocities were all white, Anglo-Saxon, Protestant Christians. They acted with the active and passive support of judges, police officers, and politicians. The victims were all African American women: Jennie Steers, Laura Nelson, Anne Barksdale, Marie Scott, Mary Turner, Miss Holbert, Maggie Houze, Alma Houze, and Cordella Stevenson. White Christian Americans: you have been served your own bitter medicine. Let it be a lesson to you all.

“How can we, white Christian Americans, be held accountable for crimes that we never committed?” you may ask. You cannot and neither can we as Muslims. “Well, why don’t you Muslims speak out against terrorism?” We do, but what about you? Why didn’t your ancestors speak out against slavery, segregation, racism, discrimination, and mass lynching? Slavery in America lasted from 1501 to 1865. Why did it take your good Christian ancestors three hundred and fifty years to stop it? Segregation lasted until 1964. Why did it take your Christian parents and grandparents nearly a century to put an end to such a despicable and dehumanizing practice?

If Islam is to blame for every crime committed by Muslims then Christianity is to blame for every crime committed by Christians. African Americans, Catholic Americans, and Native Americans were murdered, in the name of Christ, with crosses blazing, by the thousands. Millions upon millions of human beings were murdered by Christians during colonialism, imperialism, World War I, World War II, the Korean War, the Vietnam War, the Afghan War, and the Iraq War. The criminals self-identified as Christians. They attended church services. They received the blessings of army chaplains. They even identified some of the conflict in question as Crusades, Christian holy wars against non-Christians. So how dare you, self-professed Caucasian Christians, scapegoat all Muslims and lay the burden of blame on the religion of Islam. Learn something from the Christ you claim to follow: “Do not do unto others as you would not them to do unto you.”

As horrific and hard-hitting as these accounts may be, they serve as a sober reminder that the human condition is the same in all places and among all people regardless of their religious background. Since history is written to serve the interests of people in power, the barbarity of white Christians has always been minimized, including the savagery of the First and Second World Wars, while the barbarity of black Africans, Amerindians, and Asians, who were defending themselves from white aggression, has always been exaggerated. Whether it was in Europe, Africa, Asia or the Americas, white, so-called Christians, committed crimes beyond belief, both maliciously and hypocritically, “in the name of Jesus.”

Dr. John Andrew Morrow is an Amerindian with Canadian and American citizenship. He received his PhD from the University of Toronto in the year 2000. He worked as an Assistant, Associate, and Full Professor of Foreign Languages for over a decade and a half at Park University, Northern State University, Eastern New Mexico University, the University of Virginia, and Ivy Tech Community College. He is the author of over thirty academic books in the fields of Hispanic, Islamic, and Indigenous Studies. A public figure and activist, he lectures all around the globe and acts as an advisor to world leaders. In recognition for his accomplishments, Dr. Morrow received an ISNA Interfaith Leadership Award in 2016. He may be followed on Twitter at @drjamorrow. His websites are www.johnandrewmorrow.com as well as www.covenantsoftheprophet.com. His videos can be viewed on The Covenants of the Prophet Channel on YouTube.