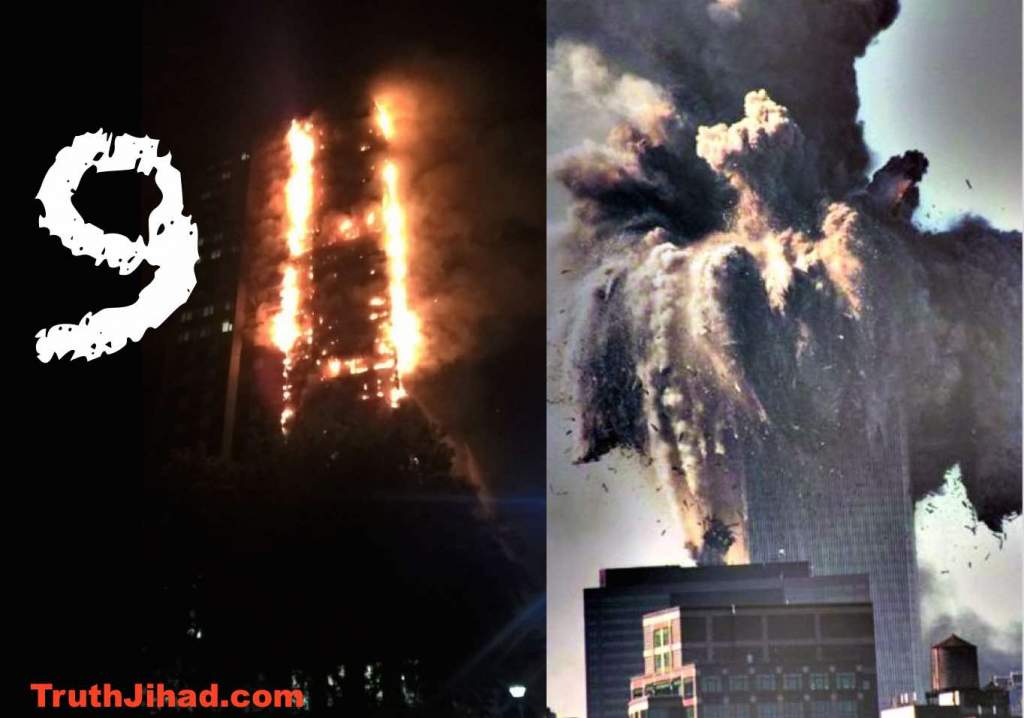 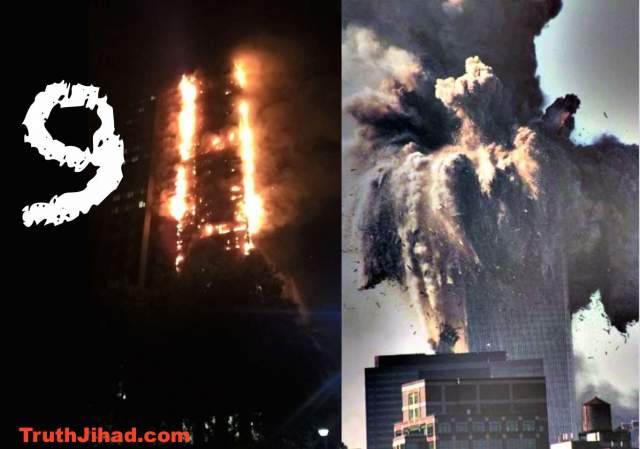 I published an article here yesterday about various suspicious aspects of the Grenfell Tower fire:

But I didn’t really explore the million dollar question: Cui bono? Who benefits? It turns out that like the Twin Towers and the rest of the World Trade Center complex prior to 9/11,  Grenfell Tower may have been worth a whole lot more money destroyed than standing.

Grenfell Tower was full of poor and working people, with a high proportion of immigrants. Gentrifying forces are moving into the area, and the real estate sharks want the poor people (and the older buildings) gone.

The Grenfell Tower atrocity thus appears to have been another real estate scam, like 9/11, presumably perpetrated by the same general forces, if not the same actual criminal gang.

Prior to 9/11, the World Trade Center Towers were condemned for asbestos. A court decision mandated that the Port Authority remove the asbestos that coated the steel frame members. That would have cost billions, perhaps double-digit billions – far more than the buildings were worth, since they had high vacancy rates, antiquated communications infrastructure, and were generally regarded as white elephants that the the City had been trying to get rid of for many years.

Then a good samaritan – a reputed organized crime figure who had made his fortune in the sex industry – purchased the World Trade Center in July, 2001, and doubled the terrorism insurance. That good samaritan, a certain Mr. Larry Silverstein – a close friend of Israeli PM Benjamin Netanyahu –missed his usual breakfast at the top of the North Tower on the morning of 9/11/2001 because his wife reminded him about an appointment with the dermatologist. (His daughter made similar excuses for staying away that morning.) Silverstein hit the jackpot when the white elephant buildings were all demolished with explosives. He sued for double indemnity, on the basis that he had been “victimized” by two separate and unrelated terror attacks (the two planes that served as misdirection for the explosives) and got it, walking away with over five billion dollars in cash, plus rights to rebuild, on his roughly 15 million dollar investment.

So what kind of people run real estate scams in New York and London? Could it be the same kind of people who use false flag terror to demonize Muslims and mass-murder them (32 million since 9/11) in wars aimed at destroying Israel’s enemies?

Gilad Atzmon has aptly remarked that the List of 100 Worst Landlords in New York reads like a Bar Mitzvah guest list. (The #1 name is Silverstein, possibly a relation of Larry’s.)

Gilad once told me an interesting story about how easy it was for him to leave Israel and settle in London, even though he had very little money. Gilad plugged into the local Jewish network, which found him an extremely lucrative position in a big London real estate operation. Gilad’s job, as I recall, involved using statistics to find undervalued properties, which would then be bought up and monetized (in many cases, one assumes, by forcing out the poor people and gentrifying the properties.) Gilad said he quickly found himself making ridiculous amounts of money through this ridiculously easy “ethnic network” sinecure – so much money that it was a threat to his soul. So he quit in order to “keep it real.”

It is palpably obvious that the Kosher Nostra (or a faction thereof) played a major role in 9/11, and the lead role in the World Trade Center demolitions.

Did another faction just burn down Grenfell Tower?