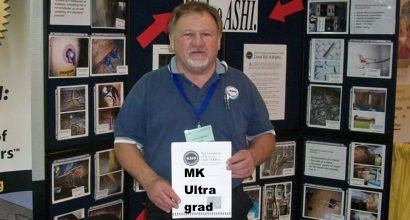 Was the GOP Congressional baseball shooting a false flag?

Like many false flags, the baseball shooting seemed designed to be iconic and memorable. Baseball, a peaceful summer passtime, the stuff of childhood memories,  is as American as mom and apple pie – so an attack on a baseball game is an attack on the heart of America. The designated perpetrator of such an act is already pre-demonized.

So…cui bono, who gains? As one Redditor put it:

Seems like the perfect time for the GOP-dominated government to commit a safe false-flag against them in order to justify their war on liberals, any non-right-wing media, and pick up their terrible approval ratings.

The alleged shooter is instantly demonized as a “Trump-hater.” The Mighty Wurlitzer’s message is: “Stop hating on Trump! Unite behind our leadership!”

The weirdest thing about the whole incident is that Trump himself – not a hospital or police source – announced that the alleged shooter had died of injuries sustained in the gunfight with police. What was that about?!

The timing of this “attack on Congress” – just a few days after Brad Sherman circulated his “Impeach Trump” bill – is highly suspicious. The whole situation is reminiscent of another curiously-timed “attack on Congress”: The US government anthrax letters sent to Tom Daschle and Patrick Leahy, who had been opposing the Patriot Act. The anthrax attacks, planned and executed by the same insiders who orchestrated 9/11, shut down Congress and succeeded in getting the Patriot Act passed, as documented in Graeme MacQueen’s book on the subject.

If this was in fact a false flag, it would have been a fairly simple one.  A “lone nut Bernie Sanders supporter” named James T. Hodgkinson, living in his van in the DC area for a couple of months, could easily have been targeted, captured, and brainwashed by one or more the many mind-control experts in the vicinity. Other false flag patsies who have been brainwashed via drug-assisted hypnotherapy include Sirhan Sirhan and James Earl Ray – read William Pepper’s work on the King and RFK assassinations for details.

Update: A solid source send this: