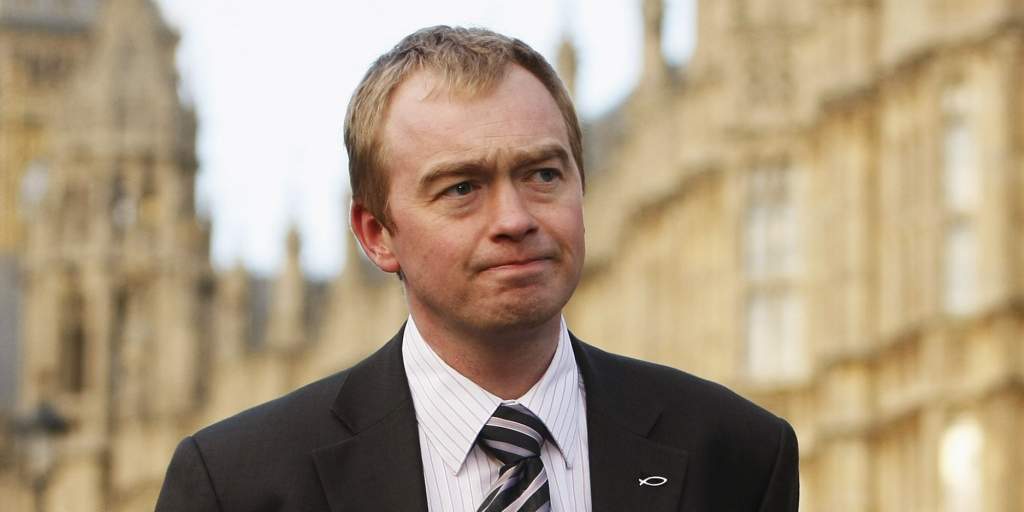 Farron popped up from nowhere. He was an unknown, a political upstart when he became leader just two years ago.

The party was reeling after being pulverised at the 2015 general election. In 2010 the LibDems sold their principles for a taste of power and entered into coalition government with Cameron’s Conservatives. Their punishment was a crushing defeat in the 2015 general election, which saw LibDem MPs plummet from 57 to a miserable 8. They wanted someone who wasn’t tainted by that fiasco.

Farron is a born-again Christian and wears it on his sleeve. The Jewish Chronicle reported that Farron’s candidacy for leader was backed by senior British Jews in the party. He declared he was a friend of Israel, opposed to BDS (the boycott, divestment and sanctions movement) and he promised to have “no truck” with antisemitism if elected leader. “One of the things I want us to do is promote the party’s support of Israel as a state and people…. The answer to the crisis is a two state solution – that has got to be our focus.”

He talked as though he’d been suckered into the ranks of Zionism which is where many deluded Christians gravitate. For someone who’d never been to the Holy Land to see the situation for himself Farron was too hasty to dig himself (and his party) into a deep pro-Israel hole. He said he intended to visit Israel and the West Bank for the first time later that year (2015). He would have been wise to keep his mouth shut until he’d seen first-hand the horrors of the Israeli occupation, the dispossession and oppression of Muslim and Christian Palestinians trapped in the shredded remnants of the West Bank and East Jerusalem, and the living hell created by Israel’s blockade of Gaza.

Farron told the Jewish Chronicle that he understood the importance of religious practices. In the Holy Land he’d see the effect of sickening religious malpractice which surely would prick the overblown bubble of his supernatural fantasy world.

The best way for a Christian needing to know the dark facts of religious life would be to visit occupied Palestine as a guest of the Church – preferably the Catholic Church which has a wide front-line presence and probably the best intelligence service in the Middle East. But it’s more likely that his trip, if he’d gone, would have been the usual Friends of Israel brainwashing tour hosted by Israel’s Ministry of Foreign Affairs. He’d come home with his Zionist tendencies even more inflated.

All through this year’s general election Farron was dogged by media questions about his views on gay sex. Confused by his evangelical upbringing he didn’t give a straight answer, and that was his undoing. Finally he changed tack insisting it wasn’t a sin after all. As a result of this rather cruel spotlight on his faith he found himself “torn between living as a faithful Christian and serving as a political leader. A better, wiser person may have been able to deal with this more successfully, to remain faithful to Christ while leading a political party in the current environment.”

He reached the conclusion that “to be a leader, particularly of a progressive liberal party in 2017 and to live as a committed Christian and to hold faithful to the Bible’s teaching has felt impossible for me.”

Did he ever visit the Holy Land as he promised to do in 2015? I’ve found nothing to confirm that he made that vital journey. So it seems he has always spoken on Israel/Palestine from a position of ignorance. During the general election this year Farron showed his true colours once again by sacking former MP David Ward as LibDem candidate for Bradford East over accusations of antisemitism. He earlier decided not to drop Ward, but after pressure from Theresa May at Prime Minister’s Questions and protests from Jewish organisations, he U-turned and said: “I believe in a politics that is open, tolerant and united. David Ward is unfit to represent the party and I have sacked him.”

Unfit? What was Ward’s crime? He had made a string of statements that ruffled zio feathers. On Holocaust Memorial Day in 2013, he said: “I am saddened that the Jews, who suffered unbelievable levels of persecution during the Holocaust, could within a few years of liberation from the death camps be inflicting atrocities on Palestinians in the new State of Israel and continue to do so on a daily basis in the West Bank and Gaza”.

He told the Guardian: “There is a huge operation out there, a machine almost, which is designed to protect the state of Israel from criticism. And that comes into play very, very quickly.”

On another occasion he tweeted: “At long last the Zionists are losing the battle – how long can the apartheid State of Israel last?” The party suspended him as an MP for several months.

In another tweet he said: “The big question is – if I lived in Gaza would I fire a rocket? – probably yes”.

He commented that Israeli prime minister Benjamin Netanyahu’s presence in Paris in the wake of the Charlie Hebdo attack “makes me feel sick”.

Ward observed: “The pressure works. It’s the fear of the electoral damage that can be done by being seen to oppose Israel. It’s contaminating and infecting our own political system.”

In his resignation speech Farron said: “I seem to be the subject of suspicion because of what I believe and who my faith is in. In which case we are kidding ourselves if we think we yet live in a tolerant, liberal society. That’s why I have chosen to step down as leader of the Liberal Democrats.”

Farron talks of society’s intolerance but his own intolerance was plain to see. And unwisely ‘doing God’ was not the only reason for his exit. He had increased the LibDems’ seats to 12 but lost some key representatives in the process leaving the LibDems still a pipsqueak party. It wasn’t a good performance given the scope for big gains.

So it’s goodbye Tim. Raw politics and supernatural beliefs don’t mix. And if you let gay sex and the Israel lobby get the better of you it’s time to find a career outside Westminster.

Who will replace him as leader? Hopefully not another one who’s still stuck at the student politics level. This is a time of great opportunity to advance the once great Liberal cause – as long as the party dumps its airheads and their ludicrously self-indulgent policies which the British public simply aren’t buying.

Genuine leadership candidates are scarce in this administratively bloated party. I suspect its grandees like Sir Vince Cable or Paddy (Lord) Ashdown will have to take command on a caretaker basis until wiser (and greyer) heads regain control.