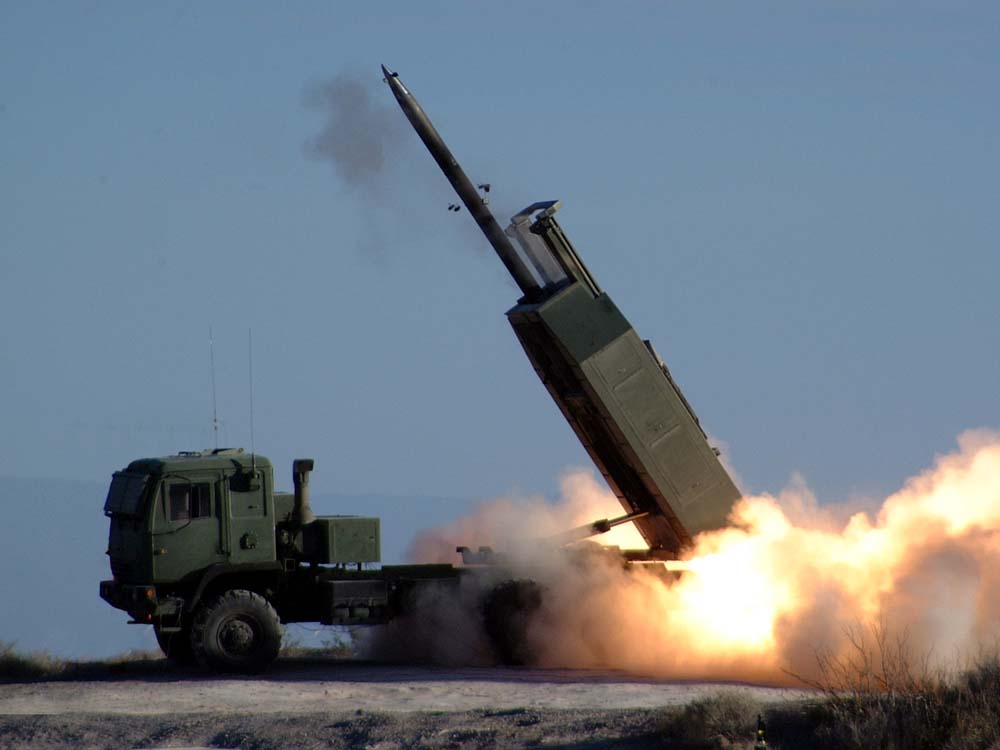 –
[ Editor’s Note:  The US responds to the surprise move by the SAA to create a new border crossing and base north of Al-Tanf which will block the US jihadis from moving north on the Al-Bukamal hard road crossing on the Euphrates River. The Pentagon moved two units of it 300km range rocket artillery into Syria purely as an offensive weapons move.
–
You can assume that Al-Tanf has an anti-aircraft missile screen over it to protect these guns, and if the Syrians were to bring artillery within range it would be attacked as a threat, a one way street apparently.
–
This puts Russia on the spot as to how it would respond with its air power if these new US rocket guns were fired on the new Syrian border base, especially with a supply column going through it from Iraq.
–
We have not heard a word from Baghdad about its feelings on the US control over the Syrian side of the border. Mr. Abadi is effectively saying he is OK with it by not objecting.  A classic chaos theory trigger is developing here where the odds are increasing for an “incident” to happen which will widen the war. Is Mad Dog Mattis gunning for glory? …Jim W. Dean ]

– First published … June 15, 2017  –
–
The U-S military has stepped up its presence and firepower in the highly strategic deserts of southeastern Syria.  According to U-S-backed militants, American forces have set up a second base around 65 kilometers from AT-TANF in Homs province.
–

Militants say more U-S troops and weapons are arriving at both bases. Special Forces are also patrolling distances up to 100 kilometers from AT-TANF. Meanwhile, the U-S has moved its long range artillery to the region. A senior U-S intelligence official describes the deployment as a significant boost as the artillery known as HIMARS has a range of 300 kilometers.

Tensions escalated recently near AT-TANF in Syria’s Badia deserts near the Iraqi border. U-S warplanes have twice bombed Syrian troops advancing on terrorists. American forces are deployed in Syria without the consent of the government in Damascus.