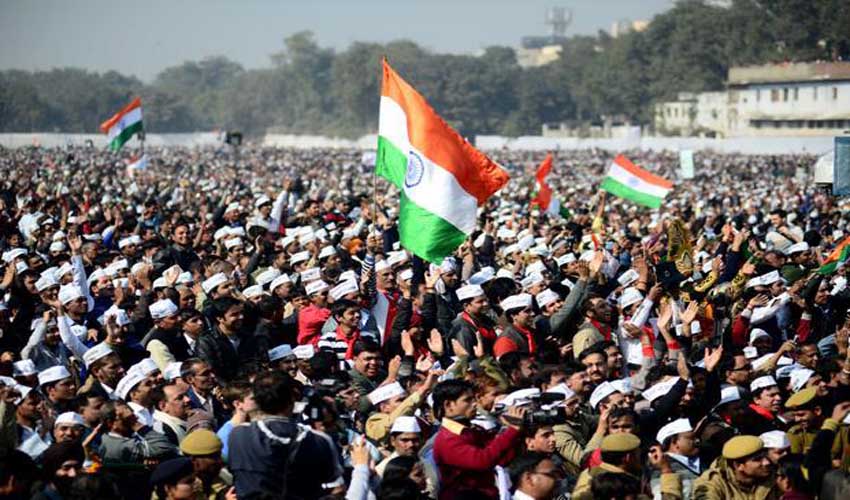 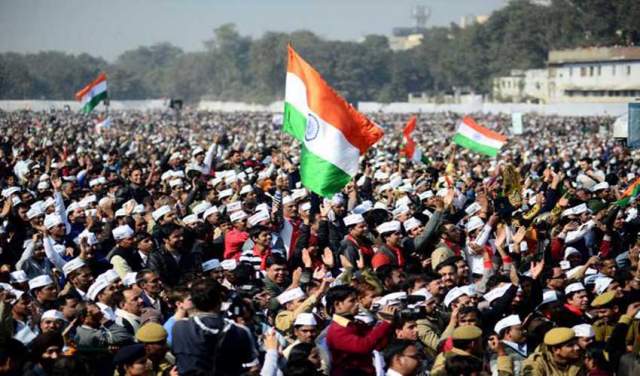 While, the ideology of Hindutva (Hindu nationalism) is the genesis of Hindu terrorism, having co-relationship with it, the main fault lines of India’s politics is based upon the discriminatory system of caste and religion. These trends in Indian politics have become the staging ground for all the national movements and wars of liberation. Indian anti-Muslim and anti-Pakistan approach is also part of India’s fault lines politics.

In fact, since the leader of the ruling party BJP Narendra Modi became Prime Minister of India, various developments like unprecedented rise of Hindu extremism, persecution of minorities even of lower cast-Hindus, forced conversions of other religious minorities into Hindus, ban on beef and cow slaughter, inclusion of Hindu religious books in curriculum, creation of war-like situation with Pakistan etc. clearly show that encouraged by the Hindu fundamentalist outfits such as BJP, RSS VHP, Bajrang Dal and Shiv Sena, including other similar parties have been promoting religious and ethnic chauvinism in India by propagating ideology of Hindutva. Especially, assaults on Christians and Muslims, including their places of worships and property have been intensified by the fanatic Hindu mobs.

Under Modi rule, as part of anti-Muslim and anti-Pakistan approach and in order to deflect the attention of international community from Indian state terrorism and the new phase of the Kashmiri Intifada, India orchestrated the drama at a military base in Uri close to the Line of Control (LoC) with Pakistan on September 18, 2016 and killed its own 19 soldiers in one of the most deadly attacks on security forces in the Indian Occupied Kashmir (IOK). Like the previous terror attacks of Mumbai of November 26, 2008, the Indian parliament of December 13, 2001 and at Indian Air Force Base in Pathankot of January 2, 2016 which were false flag terror operations, without any investigation, Indian top civil and military officials had started accusing Pakistan and its security agencies, particularly linking Pakistan’s Inter-Services Intelligence (ISI) the banned Lashkar-e-Tayba (LeT) regarding the Uri base terror assault.

By manipulating this false flag terror attack, the BJP-led Indian Prime Minister Modi has also accelerated war-hysteria against Pakistan. Indian forces have continued violations at the LoC by shelling in Pakistani side of Azad Kashmir.

New Delhi’s war-mongering diplomacy could also be judged from the latest development. On June 12, this year, the Samjhota Express (A train between Pakistan and India) was sent to India’s town of Amritsar for Sikh pilgrims was returned empty, as Indian authorities stopped them from coming to Pakistan for the “Jor Mela”.

In this respect, in a Statement, Pakistan’s Foreign Office Spokesperson Nafees Zakaria said that the Indian authorities intercepted the pilgrims at the Attari border in Amritsar. They were coming to Pakistan for the ‘Jor Mela’ to observe the death anniversary of Guru Arjun Das for which around 100 pilgrims were issued visas by the High Commission for Pakistan. Islamabad had made all the arrangements, keeping in consideration the religious values of Sikhs. The statement further added that India did not hold human values important. Even the medical visa process was troublesome for Pakistanis.

As regards the plight of Indian minorities, in its 2017 annual report on religious freedom in the world, released on April 26, 2017, US Commission of International Religious Freedom (USCIRF) said, “Forced conversion of Hindus, Christian girls and young women into Islam…marriage remains a systematic problem. In 2016, religious tolerance and religious freedom conditions continued to deteriorate in India. Hindu nationalist groups—such as the Rashtriya Swayamsevak Sangh (RSS), Sangh Parivar, and Vishva Hindu Parishad (VHP)—and their sympathizers perpetrated numerous incidents of intimidation, harassment, and violence against religious minority communities and Hindu Dalits These violations were most frequent and severe in 10 of India’s 29 states. National and state laws that restrict religious conversion, cow slaughter, and the foreign funding of nongovernmental organizations (NGOs) and a constitutional provision deeming Sikhs, Buddhists, and Jains to be Hindus helped create the conditions enabling these violations. While Prime Minister Narendra Modi spoke publicly about the importance of communal tolerance and religious freedom, members of the ruling party have ties to Hindu nationalist groups implicated in religious freedom violations, used religiously divisive language to inflame tensions, and called for additional laws that would restrict religious freedom. These issues, combined with longstanding problems of police and judicial bias and inadequacies, have created a pervasive climate of impunity in which religious minorities feel increasingly insecure and have no recourse when religiously motivated crimes occur. Based on these concerns, in 2017 USCIRF again places India on its Tier 2 (formerly USCIRF’s Watch List), where it has been since 2009.”

According to the U.S. Commission on International Religious Freedom’s report of 2016, “In 2015, religious tolerance deteriorated and religious freedom violations increased in India. Minority communities, especially Christians, Muslims and Sikhs experienced numerous incidents of intimidation, harassment, and violence, largely at the hands of Hindu nationalist groups…these actions, coupled with perceived crackdowns on groups or individuals critical of the Indian government, have many concerned that the rights to freedom of speech and freedom of association are being increasingly curtailed.”

Taking note of the growing intolerance and plight of minorities in India on June 7, 2016, Tom Lantos Human Rights Commission of the US Congress examined the state of human rights in India, challenges to fundamental freedoms and opportunities for advancement.

The report said, “Despite Constitutional provisions…abolishing the legal existence of untouchable or Dalit castes, the caste system remains deeply ingrained within Indian society, leading to ongoing discrimination. Dalit communities, which make up a quarter of India’s population, are disproportionately at risk of suffering from major human rights concern in India.”

It is mentionable that under the mask of democracy and secularism, Indian subsequent regimes dominated by politicians from the Hindi heartland—Hindutva (Hindu nationalism), have been using brutal force ruthlessly against any move to free Assam, Kashmir, Khalistan, Mizoram, Nagaland, Tamil Nadu and Tripura where wars of liberation continue in one or the other form.

In the recent years, Maoist intensified their struggle, attacking official installments. In this context, Indian media admitted that Maoists have entered the cities, expanding their activities against the Indian union. While, even under the rule of Congress which claims to be secular party, Indian extremist parties like BJP, RSS, VHP, Shev Sina and Bajrang Dal have missed no opportunity to communalize national politics of India.

Notably, after serving the BJP for 30 years, Indian Minister of External affairs Jaswant Singh was expelled from the party for praising Mohammad Ali Jinnah (Founder of Pakistan) and echoing the pain of the Indian Muslims in his book, “Jinnah: India, Partition, Independence.” While pointing out the BJP’s attitude towards the minorities, Singh wrote: “Every Muslim that lives in India is a loyal Indian…look into the eyes of Indian Muslims and see the pain.” He warned in his book, if such a policy continued, “India could have third partition.”

Reportedly, in 2015, Minister of Home Affairs Rajnath Singh has highlighted his focus to build the capacity of security forces engaged in fighting uprising and separatism. Indian Central Government finalized the raising of Indian Reserve Police Battalions (IRBPs) in Indian Occupied Kashmir (IOK) and Naxal/Maoist hit states or Left Wing Extremism (LWE) areas, Andhra Pradesh and Telangana. Out of the total 25 IRBPs proposed, five were for IOK and 12 for LWE affected states whereas rest of 8, IRBPs for other states.

The mentioned increase was a part of overall drive against Naxal/Maoist affected states and the Indian Controlled Kashmir, including other regions where similar movements continue unabated against the political, social and economic system of India, which is based upon injustices.

And, despite concerted efforts—capacity, capability, weapons, equipments and training, the Indian security forces could not effectively counter and reduce the insurgent activities in these states.

Regarding Indian caste system, modern scholars point out in light of ground realities that persons belonging to the caste of “Brahims have been held in the greatest esteem in India” and “they have considered themselves superior to the people of other castes.”

In this regard, Kallie Szczepanski wrote in his article on June 13 in 2017, “A Brahmin is a member of the highest caste or varna in Hinduism. The Brahmins are the caste from which Hindu priests are drawn, and are responsible for teaching and maintaining sacred knowledge. The other major castes, from highest to lowest, are the Kshatriya (warriors and princes), Vaisya (farmers or merchants) and Shudra (servants and sharecroppers)…Today, the Brahmins comprise about 5% of the total population of India.”

According to another scholar, “The wisdom of the ancients has been taught by the philosophers of Greece, but also by people called Jews in Syria, and by Brahmins in India.” In the ancient world and even in the modern society people usually form cohesive groups based on their language, culture and geographical location. These groups have a common ancestry and are led by chiefs of the families around which they gathered. Such communities are called tribes…It seems there are two kinds of tribes in the Indian continent, tribes and castes. The tribes are still in the forests and hills and not really part of the modern society. Castes have been living in the villages and cities…In the Indian Continent, a caste means a modern civilized tribe or clan or group of people that have marital relationship among them. Some castes are further divided into subcastes. Matrimonial relationship among subcastes is not acceptable due to differences in religious and cultural practices.”

However, BJP-led government of the Prime Minister Modi controls all internal and external policies of India in accordance with the radicalized agenda of the BJP and RSS. The hate campaign unleashed by the extremist forces is keeping the minority groups in the country wholly pre-occupied with defending their basic human rights and cultural identities.

Anyhow, India which apparently, claims to be the largest democracy, acting upon the principles of liberalism and secularism has broken all the records of violence, genocide and massacre perpetrated on various ethnic and religious groups, particularly Christians, Muslims, Sikhs, Dalits and Nexallities, including the community of its own lower castes.

Nevertheless, main fault lines of India’s politics shows that the Muslims are terrorists, Dalits are terrorists’ sympathizers, Tribal people are Nexalities, Sikhs are Khalistanis, Kashmiris are also terrorists, Christians are blood-suckers and only Brahmins are patriots.