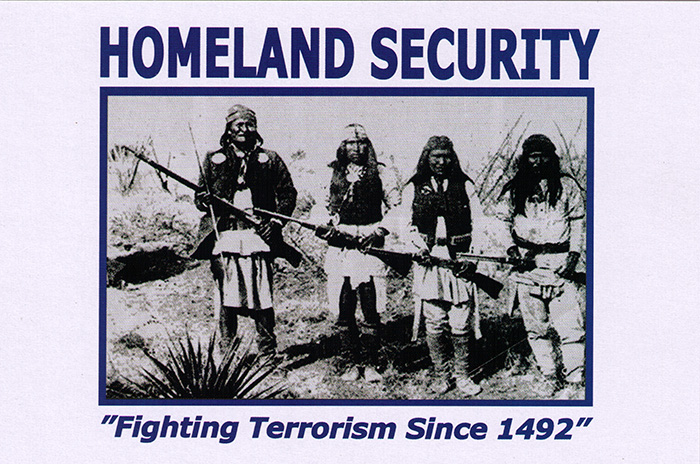 Caucasian Americans, 70% of whom are Christians, were responsible for a whopping 69.7% of crimes committed in the United States in 2015. 26.7% of crimes were committed by African American, 83% of whom are Christians, while 18.4% of crimes were committed by Hispanics, 98% of whom are Christians. Clearly, some will suggest, there is a correlation between Christians and crime as well as a correlation between Caucasians and crime. American Indians, in contrast, committed a mere 2.1% of the crime in the country. Caucasians and Christians come to our indigenous land and show no respect for our laws. Rather than contribute to the country, they spread crime and spend their time sexually assaulting women. The rate of white-on-white and Christian-on-Christian crime in America is staggering.

If white, predominantly Christian, men were all deported back to Europe or the Island of Patmos, the crime rate would drop nearly 70%. If we deported all American Christians, including African Americans and Hispanic Americans, who make up 71% of the US population, as part of this plan of repatriation, crime would be almost eradicated. The statistics speak for themselves. Of the tens of thousands of women who were sexually assaulted by violent misogynistic men in 2015, 57% were raped by white predominantly Christian men and 27% by black predominantly Christian men. As for the rest, their ethnicity was unknown or mixed. One can only assume that many of them were Hispanic Christian men.

At 1%, American Muslims are a minuscule part of the population. They have the second highest level of education of any group in the country, surpassed only by American Jews. When it comes to education, American Muslims are ahead of all groups in gender equality: Muslim women with university degrees outnumber Muslim men. Muslim women are also more likely to work as professionals than women from most other religious groups. The number of crimes committed by American Muslims is microscopic. In fact, they are among the most upstanding and law-abiding citizens of the United States. White Christians: Stop blaming Blacks, Latinos, immigrants, illegal aliens, and Muslims for crime. From a statistical standpoint, Muslims are not a menace to America. Face the facts America, the overwhelming majority of crimes in this country are committed by Caucasians and Christians. Muslims might kill you with kindness and hospitality. Non-Muslims will rape, rob, and kill you for real.

Dr. John Andrew Morrow is an indigenous inhabitant of Turtle Island and a proud member of the Métis Nation, the Michif-Otipemisiwak, the Free People, the People Who Own Themselves. He received his PhD from the University of Toronto in the year 2000. He is the author of over thirty scholarly books, including the critically-acclaimed Amazon best-seller, The Covenants of the Prophet Muhammad with the Christians of the World. His websites include www.covenantsoftheprophet.com and www.johnandrewmorrow.com. His videos and lectures can be found on The Covenants of the Prophet Channel on YouTube: https://www.youtube.com/channel/UCqM3-puvWuKuCEJsDQDZFrA. His Facebook accounts include @johnandrewmorrow and @covenantsoftheprophet. His Twitter handle is @drjamorrow