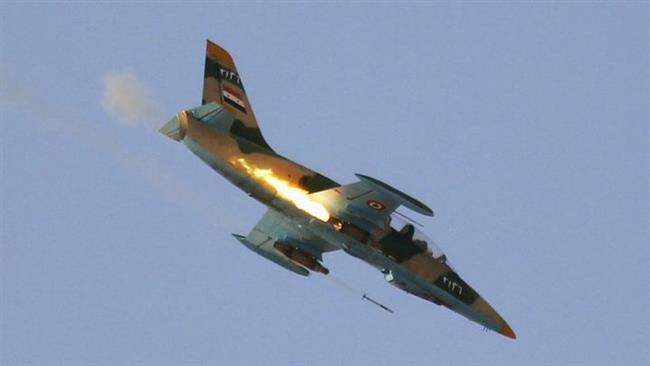 Russia blasts US shooting down of Syrian jet as violation of intl. law

Update: 06-21-17: 9:07am EST: VT has independent confirmation via our own sources that the pilot is OK, and we are inquiring why Damascus is keeping him under wraps, not letting him tell his version of the shootdown, which seems strange in a way, but then often countries are not inclined to disclose all they know right away, for a variety of reasons.

Update: 06-20-17, 1:42pm EST: We have official confirmation that the pilot is safe, from Syrian MP Ammar al-Asad. It seems the government is keeping him under wraps.

Update: 06-20-17, 10:22am EST:  Still no photos, video, or an official Syrian government confirmation on the recovery of Captain Fahed, dead or alive, so we judge it highly unlikely that he has been recovered. We are monitoring the sources that should confirm his situation.

Update: 06-19-17,  9:00pm EST:  There have not been the expected photos and video of the rescued pilot, and reports are now emerging that the SDF has the pilot and is negotiating for his release. We will update when we have more confirmation…JD

[ Editor’s Note: The US policy in Syria is now clear as a bell. ISIS is being pushed out of Raqqa, even allowed to escape to continue fighting the Syrian Army. The US becomes the new landlord of the evacuated areas via its Kurdish proxies whom Washington can arm, provide offensive artillery and air cover right in the open.

As I had long predicted, the US Coalition would work to gain during the “ceasefire” what it could not win on the battlefield. It is having mixed success, other than in this NE Syria Kurdish area.

The Iraqi forces have hooked up with the Syrian military on the border, to contest the US attempt to control most of the Syrian-Iraqi border, a violation of a number of international laws and United Nations provisions.

The popular militias in Iraq are north of 100,000 strong, and all very experienced anti-terrorism fighters. Just a division of them attacking ISIS from the Al-Bukamal border crossing on the Euphrates, an attack from the rear so to speak, while the Syrians attack from the West, would give the ISIS jihadis no place to run to. It would also reduce Syrian and Iraqi casualties significantly.

To prevent future destabilization attempts by the West and the Gulf States using terrorist proxies, both Baghdad and Damascus understand that ISIS cannot be allowed safe haven on one side of the border to conduct attacks on the other. They are going to have an ongoing problem with suicide bombers as it is, after having paid a huge price of allowing them to fight in military formations capable of taking and holding large cities.

The destruction caused by this state-sponsored terrorism will take a generation to recover from, so the Western and Gulf terror supporters have made their point by showing what resistance to their domination can cost, to encourage other countries to submit. Somehow, they must be made to pay a price to discourage future attempts. As Gordon Duff so loves to say, “Welcome to how the world really works”… Jim W. Dean ] 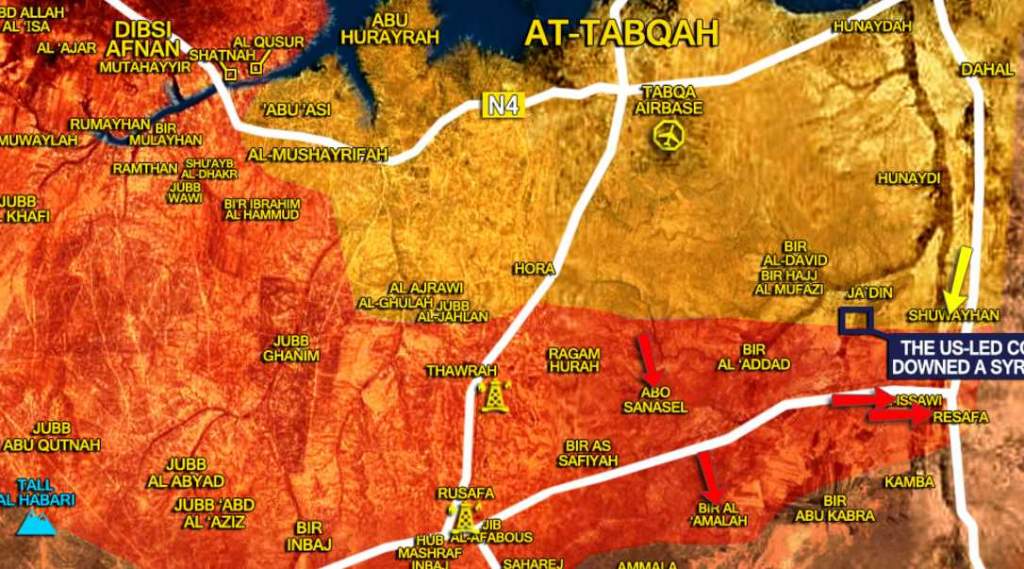 “This strike has to be seen as a continuation of America’s line to disregard the norms of international law,” Ryabkov told the state-owned TASS news agency in Moscow on Monday.

He added, “What is this if not an act of aggression? It is, if you like, help to those terrorists that the US is ostensibly fighting against, declaring they are carrying out an anti-terrorism policy.”

Ryabkov’s remarks came a day after the Syrian army said that the US-led coalition purportedly fighting the Daesh Takfiri terrorist group had targeted one of its Sukhoi Su-22 warplanes over al-Rasafa area in the southern countryside of Raqqah Province.

The Syrian General Command of the Army and Armed Forces announced in a statement that the military aircraft was on a combat mission against Daesh terrorists, noting that the pilot of the jet had gone missing after the “flagrant aggression.”

In return, the US-led Combined Joint Task Force said in a statement that pro-government Syrian forces had attacked the so-called Syrian Democratic Forces (SDF) in the town of Ja’Din south of Tabqa, wounding a number of the US-backed militiamen and driving the rest from the town.

Meanwhile, the Russian Defense Ministry has terminated its use of a military hotline for avoiding incidents in Syrian airspace, stating that it will now track all coalition flights west of the Euphrates River.

“The command of the coalition forces did not use the established communication channel for preventing incidents in Syrian airspace,” the Russian ministry’s statement read.

It added, “As a result, it now ends cooperation with the American side from June 19 based on a memorandum for prevention of incidents and ensuring safety of air flights during operations in Syria, and demands a careful investigation by the US command of the downing.”

“Any flying objects, including planes and drones of the international coalition, discovered west of the Euphrates River will be tracked as aerial targets by Russia’s air defenses on and above ground,” the statement pointed out.

On April 7, US warships in the eastern Mediterranean launched a barrage of 59 Tomahawk missiles against Shayrat Air Base in Syria’s Homs Province, which Washington alleged was the origin of a suspected chemical attack on the town of Khan Shaykhun in Syria’s Idlib Province earlier that month.

Washington has so far failed to provide any evidence to support the accusations, prompting criticisms from many countries and international intuitions for choosing to take unilateral military action hastily and without proof.

The strike drew the praise from anti-Damascus militant groups as well as the countries long viewed as their staunch supporters, including Saudi Arabia, Israel and Turkey.

Syria has categorically denied carrying out the purported gas attack, with Foreign Minister Walid al-Muallem stressing that the Idlib airstrike had targeted a depot, where terrorists stored chemical weapons.