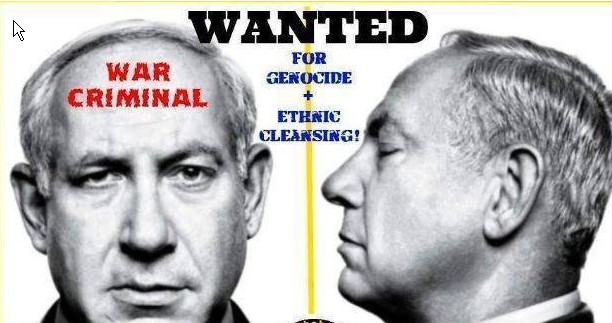 
You can’t make this stuff up. Benjamin Netanyahu has recently threatened Iran for attacking ISIS in Syria. This is the Associated Press:

“Israeli Prime Minister Benjamin Netanyahu on Monday warned Iran not to threaten Israel after Tehran launched ballistic missiles at a Syrian base of the Islamic State group.

“The Guard said the strike was “in retaliation” for June 7 attacks in Tehran that killed 17 people in the first IS-claimed operations in the country. Netanyahu has repeatedly said Iran is a threat to the Jewish state, the Middle East and potentially the world.”

Netanyahu has to frame his political worldview in the context of Zionism. In order to do that, he has to assert implicitly that Iran is dangerous to the “Jewish state” and much of the world. He is trying to cover his essentially Talmudic tricks. He wants the entire world to know that Iran is evil, and the best way to do so is to perpetuate categorical lies, complete hoaxes, and colossal fabrications.

Moreover, Netanyahu seems to have realized that Iran successfully hit ISIS really hard last week, and since the Israeli regime and ISIS are basically two sides of the same coin with respect to the situation in Syria, Netanyahu has to defend his brothers–the same people who are trying to overthrow the Syrian government in the region. “Based on credible information,” said Revolutionary Guards spokesman General Ramezan Sharif, “the missile operation against Daesh has been successful.”

Successful for Iran, but catastrophe for both Israel and ISIS. The Iranian Revolutionary Guard declared last Sunday:

“This revolutionary action and punishment is absolutely clear. The Islamic Revolution Guards Corps warns the takfiri terrorists and their supporters in the region and outside the region that if they repeat their evil measures against the Iranian nation, the IRGC’s revolutionary rage and flames of revenge will hit those responsible for such actions and will send criminals to hell.”

Even the Zionist media has reluctantly admitted that Iran was attacking ISIS in Syria. But attacking ISIS basically means Israel will have to find another terrorist puppet in Syria. Even the Wall Street Journal has recently admitted again that Israel has been “supplying Syrian rebels near its border with cash as well as food, fuel and medical supplies for years, a secret engagement in the enemy country’s civil war aimed at carving out a buffer zone populated by friendly forces.”[1]

Israel understands the ideological operation in Syria really well. If Russia or Iran attacks the Syrian rebels (also known as Daesh), then Israel would spend millions of dollars in vain. ISIS is one of Israel’s great assets in destabilizing Syria. As Israel’s Defense Minister Moshe Yaalon said, Israel prefers ISIS to Iran on their borders.[2]

Iranian officials, unlike countries like Saudi Arabia and Egypt, have never submitted to the diabolical ideology of the Israeli regime. They have been resisting the Israeli regime since the beginning of time. In fact, it was one reason why the Ayatollah Khomeini attacked the Zionist monster in Israel and America way back in 1979.[3] Even back in 1976, the Shah told one American reporter that the Israeli regime had a pernicious influence on the media.

The Associated Press declared that Iran’s attack on ISIS “is likely to create havoc in Washington.” Iran attacked ISIS, and both the Israeli regime and Washington are mad? Can anyone really balance this political equation? Or are we dealing with a diabolical entity that refuses to acknowledge the role of practical reason in the political landscape? Isn’t it immoral to support terrorist cells like ISIS? Isn’t it immoral to use American tax dollars to support terrorist organizations?

You see, in the Zionist scheme of things, it is “possible” to get the best of both worlds: you can pretend to spread “democracy” and “freedom” in the Middle East and at the same time be in cahoots with terrorist cells. You can perpetuate lies such as Iran poses an existential threat to the entire planet when you are supporting ISIS at the same time.

Academics and intellectuals are also waking up. One of the people who has spent his life deconstructing the Israeli narrative is Norman Finkelstein. You will almost certainly enjoy how he ended up walking out of a debate with an Israeli puppet with a bang. A big bang.