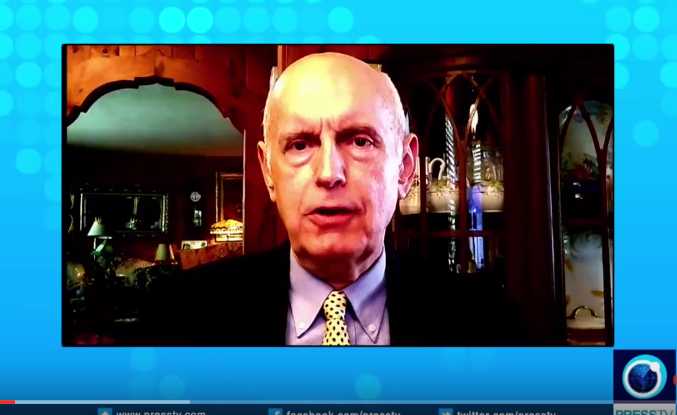 [ Editor’s Note: It’s always a pleasure to get a rolling coverage guest slot on a major story, which this was. You have a lot more time to cover the issue, and Press TV hosts never ask silly questions. They have a laser focus for digging into a story. Frankly, the pace they work at would wear me out, and I salute the younger professionals doing it.

All the ISIS people who were celebrating the big dual terror attacks on Iran just got introduced to the new arithmetic – that Iran can reach out and touch them, and knows where they are. The success of these strikes is to be shared by Damascus, which certainly was a joint partner.

If the US had been willing to work with Syria like this and its coalition members, ISIS would be history already. But as I have time to cover in this interview, the US wants the Daesh terror war to drag out to collect some Syrian territorial dividends on the investment it has made in building the Kurdish SDF into a conventional army.

But those dividends will be short term, as they have been with Afghanistan and Iraq. The Scott Bennett and Ken O’Keefe segments get into that more… JD ]

At least 65 Daesh terrorists, including a number of commanders, were killed in Iran’s missile attack in Syria on Sunday. The Islamic Revolution Guards Corps made the announcement to Press TV. Iranian missiles hit FOUR targets in and around the city of Dayr al-Zawr which is a Daesh stronghold as well as the nearby city of Mayadin.

The terrorists’ weapons depot was among the points that were bombed, destroying tanks, munitions and long-range missiles. A Daesh command center was also targeted. On Sunday, IRGC fired six mid-range surface-to-surface ballistic missiles from Iran’s west at Syria.

The IRGC says the missile strike is in response to the Daesh-claimed terror attacks in Tehran in June 7 which killed 18 people.