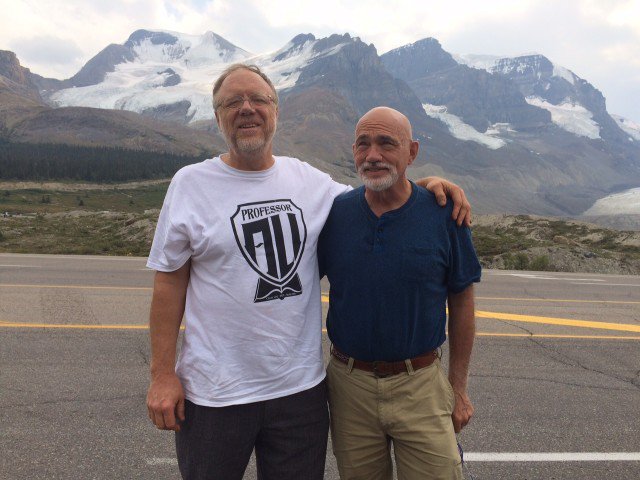 Why is B’nai B’rith so afraid of me that they are trying to plant a “holocaust denial” libel to stop me from entering Canada – and hinder my speaking and writing career? The likely answer is that it has nothing to do with the Holocaust, and everything to do with my work on 9/11 and other false flag operations.

The letter below from my attorney, Bruce Leichty, has been emailed to the following B’nai B’rith addresses:

For the story of B’nai B’rith’s effort to keep me out of Canada based on their false and libelous assertions, see:

I am the United States-based attorney for Dr. Kevin Barrett, who you and B’nai B’rith of Canada have recently attacked and targeted by way of a video and apparent mass electronic mailing.  Demand is made that you publicly retract the following accusations made against Dr. Barrett based on their falsehood and the intent to injure Dr. Barrett’s freedom to travel and his livelihood.   Dr. Barrett is receiving a bcc of this message.

First, you have called Dr. Barrett a notorious “Holocaust Denier.”   Your entire campaign to prevent him from entering Canada for a presentation scheduled for Saturday, June 24 is predicated on that accusation.  That is an accusation that cannot be supported, even from your own materials.   Dr. Barrett has indicated that there are serious questions about the historicity of a critical “trinity” of three (unspecified) elements of the Holocaust narrative, but he specifically stated he was “on the fence” regarding the Holocaust in the video clip used in your own mailing.   Demand is made that you publish a retraction of your slur and a clarification to all recipients of the message.

While you and other members of the Jewish community or Canadian community might be upset that Dr. Barrett has not simply blindly accepted standard Western accounts of “the Holocaust,” or that he has not devoted the time necessary to become a World War II scholar, that does not make him a denier; and it certainly does not mean that his views and speech may not be heard in the kind of free and tolerant society that Canada aspires to be.

That Dr. Barrett referred (in another highly-edited extract of one of his presentations) to the Anne Frank story as a “sub-myth” and — in that context — to the “Holocaust myth” also does not make him a Holocaust denier.   As most scholars recognize (Dr. Barrett has a Ph.D. in African Languages and Literature analyzing Moroccan myths and legends), the term “myth” is used to signify a sacred foundational narrative that members of a particular culture hold to be true and beyond dispute.  The foundational stories of the great religions, and similarly the story of the founding of the United States of America, are well-known examples.  Calling these stories “myths” thus does not imply that they are false; on the contrary, it implies that the relevant cultural in-groups insist that they are true and sacred.

Dr. Barrett’s reference to the Anne Frank sub-myth was made during his discussion of the “Anne Frank tree” being planted at the 9/11 Ground Zero site in New York.  Based on more than a decade of intensive scholarship, Dr. Barrett believes the official narrative of 9/11 is a “monstrous, genocidal lie.”  His conclusion is shared by thousands of experts and professionals on the record (http://patriotsquestion911.com) and is also widely accepted in high level circles off the record (http://www.globalresearch.ca/ex-italian-president-intel-agencies-knew-911-an-inside-job/7550).   Dr. Barrett notes that when he said the Anne Frank tree is “hopelessly tainted by lies,” he was referring to its assimilation into the “big lie” of 9/11 by way of the ritual planting of the tree at the 9/11 commemoration site.  He has never called the official narrative of the Holocaust (nor the Anne Frank story) a lie.  By taking Dr. Barrett’s remarks out of context, B’nai B’rith deceptively tried to buttress its false claims that Dr. Barrett is a “denier” by appealing to a widely admired figure from the resistance to Nazism.

(Here I point out the terminological problem that is presented whenever someone uses the term “Holocaust denier.”   The Holocaust has no standard historiographical definition and while it is often used as a shorthand for the use of genocidal gas chambers — which Dr. Barrett is not accused of denying — it is generally  understood as a multi-year aggregation of acts and events and policies, variously linked with specific intentionality.  The use of the term “Holocaust denier” is inherently pejorative and polemic, and therefore it should ordinarily be avoided in favor of more specific allegations in the course of academic or highly-charged social discourse).

Finally, it is utterly false for you to state that Dr. Barrett has “argued that the widespread Holocaust denial in Muslim countries such as Morocco somehow confirms that the Holocaust was fabricated to promote ‘self-serving Zionist assertions.'”   Dr. Barrett in fact protests that the historicity of an event cannot be determined based on the relative number of adherents to historicity that it may have in any given setting, or how shrill they might be in their insistence.   Genuine contemporaneous documents and credible testimony are the pivotal elements in determining historical fact.  Again, demand is made that you retract these particular unfounded statements about Dr. Barrett’s reference to “deniers in Muslim countries” unless you have proof in the form of a writing or transcript or video clip that Dr. Barrett has said such a thing.

There are a number of troubling features of your campaign as a whole, starting with the failure of B’nai B’rith to recognize the importance of nuance and free speech when it comes to matters of controversy in history and social analysis.   These troubling features include your apparent belief that the Canadian government should yield not to its own established law and regulations but to a goaded and perhaps frenzied anti-speech mob based on the pressure that it can exert on government officials.   There is no suggestion in your message that Dr. Barrett’s presentation this week in Toronto would represent a security risk in any way, absent attacks that could be launched from your constituents, and you show no sensitivity to that point at all.   We are in touch with Canada-based counterparts, and while we acknowledge that citizens of Canada have the right to contact their public servants, we urge that you be scrupulous about ensuring that they have correct, non-inflammatory information before they do.   With that in mind, you are asked to convey this letter to the Border Security authorities who you are in contact with, who themselves are reminded that any claims of inadmissibility must be based not on innuendo but thoroughly-investigated fact.  There is NO basis whatsoever, except the impermissible bases of hatred, bias and prejudice, for excluding a scholar such as Dr. Barrett from fulfilling his invitation to speak in Toronto.

Dr. Barrett has previously been allowed admission to Canada, as recently as August 2015 (despite what may have been a trumped-up charge that initially impeded his entry, which was later resolved in his favor).    Therefore, if he is not allowed admission now, his exclusion and consequential economic injury will be deemed entirely the responsibility of B’nai B’rith.

I am copying this message to President Gary Saltzman and other individuals who are part of the leadership of B’nai B’rith International in the United States, who are invited to hold their correspondent organization in Canada accountable to the facts and to the better ideals of free speech which — however more developed they are in the United States than in Canada — are norms held in high regard throughout the world.

Thank you for your consideration of all these points and I look forward to hearing from you.