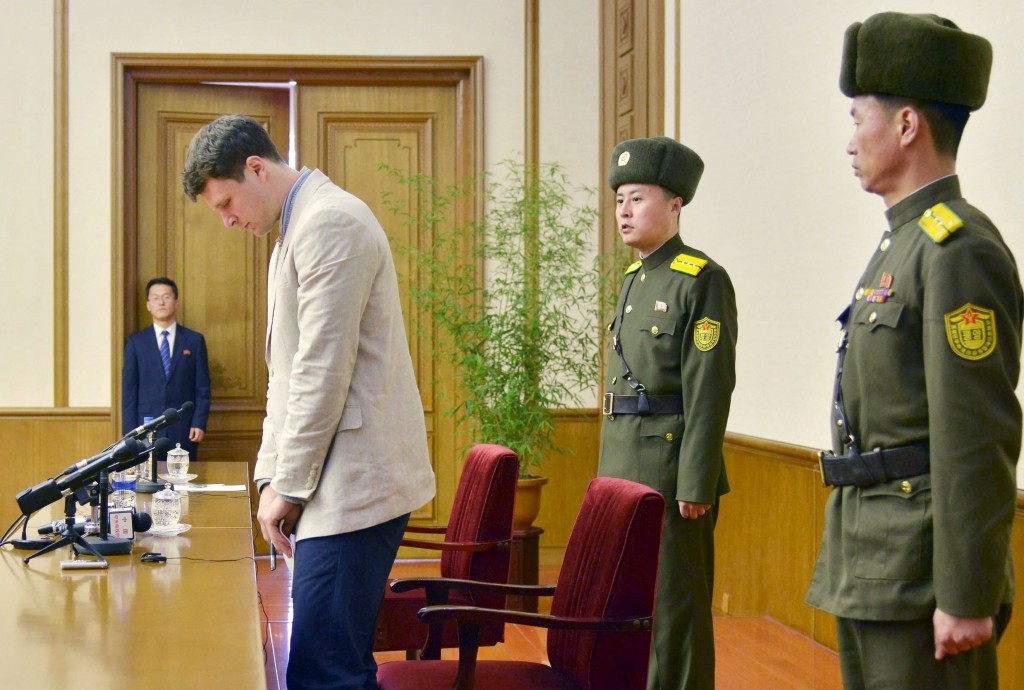 For a few days we have been perplexed by the story of Otto Warmbier and his tragic death.

Warmbier, 22, was traveling on a tour of North Korea last year when he was arrested and sentenced to 15 years of hard labor for stealing a propaganda poster.  Following international outrage, North Korea agreed to release him admitting that he had suffered a severe neurological injury. Doctors at the University of Cincinnati Medical Center reported that Warmbier was unresponsive and has suffered extensive brain damage.

Today, pretty much, out of the blue, the Jewish press announced that Warmbier was a Jewish boy, active with Hillel at the University of Virginia. In addition,  Warmbier visited Israel at least once.

In 2014, Warmbier went on a Birthright mission to Israel, where he received a Hebrew name. Following the trip, he became involved with Hillel and the Jewish community on campus.

Rabbi Jake Rubin described Warmbier as “a beloved member of our Hillel community.”

“He was a regular at Bagels on Lawn, celebrated Shabbat and holidays at Hillel, and even led a seder for other students that focused on issues of environmentalism and sustainability,” Rabbi Rubin wrote.

And now the six million dollar question. Was Warmbier an Israeli spy? Who knows, but it is likely that someone in North Korea thought he was.

We know that Israel and North Korea are extremely hostile towards each other. North Korea has never recognised the Jewish State and in 1988 it recognised the State of Palestine as including all of Israel.  Israel often accuses North Korea of trading arms with Hamas and Syria.

Peculiarly, not a single MSM outlet has referred to Warmbier’s ties with Israel.  Until his last hours, Israel and the Jewish community kept silent about Warmbier’s Jewish identity, his Zionist affiliation and his visit to Israel. Maybe this silence is more revealing than anything else.

Judge Orders FEC to Move Against NRA for Laundering $25m in...