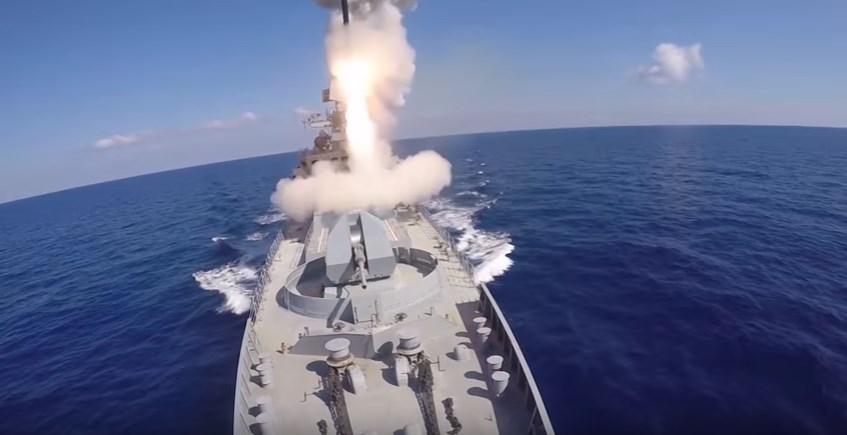 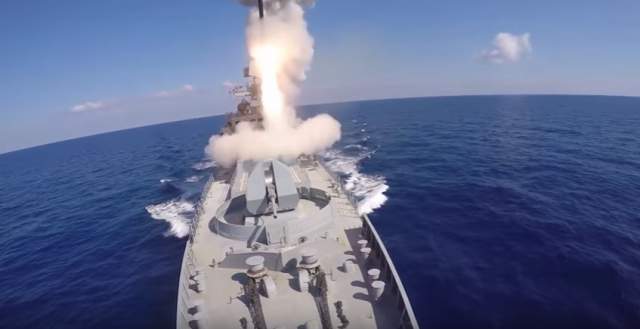 [ Editor’s Note: The dueling continues over Syria, where the US position of not just responding to actual attacks on US and its proxy forces, but to “threats” alone, has finally elicited a military response from Russia.

The US position is of course an outrageous one, but not only for being inside another country in violation of a number of international laws.

By embedding Special Ops forces among its militant groups, it claims the right to provide them air cover, even to the point of declaring “no go zones” of tens of kilometers from its illegal bases.

This is effectively a Balkanization of a UN member state’s country and its duly elected government.

When this was not even brought in front of the UN Security Council, after it was well-publicized in some of the early SE Syria US airstrikes on Syrian columns, the same tactic was rolled out full-bore in Raqqa with the Kurds. The genie was out of the bottle, and will not go back in.

The SDF Kurds had been somewhat stationary around the Tabqa airfield, concentrating on seizing the town itself  and the dam. But they then began to advance south and east into clearly non-Kurdish territory to block the SAA advance to seize its own oil wells and develop a second axis of attack on Deir-Ezzor from the NW.

I submit that this escalation was due to the weak response of the Syrian coalition in the SE, which has been partially remedied with the SAA move to the Iraqi border, blocking the US forces from moving further north toward the major Bakumal Crossing.

We will see how long the Russian move to track all US coalition flights west of the Euphrates lasts. The emphasis on the air deconfliction has gotten too much attention. I was surprised that no agreement had been earlier made as to the SDF not advancing south of the Euphrates into traditional Arab territory. If the US had refused an agreement, there would have been more time to generate the wanton aggression that represented, with the US just replacing ISIS with the Kurds in Balkanizing Syria, but with full open support on the ground and in the air.

We can see the Mattis plan to use this ceasefire zone period to take more territory for more political leverage when the political talks continue, or as I will be the first to call them, “The Balkanization Talks”… Jim W. Dean ]

Russian vessels deployed to the Mediterranean have fired cruise missiles at Daesh targets inside Syria, the Russian Defense Ministry says. The missiles were fired from two Russian warships and a submarine at targets inside the western Syrian province of Hama on Friday, it said.

“As a result of the surprise mass missile strike, command points were destroyed and also large stores of weapons and ammunition of the IS (Daesh) terrorists in the area of Aqirbat in the Hama Province,” the ministry said.

It added that Russian planes then carried out aerial strikes that “destroyed the remainder of the IS fighters and their facilities.” Russia has also been conducting an aerial bombardment campaign against terrorist positions in Syria on a request by Damascus.

Russia has been conducting cruise missile strikes and aerial attacks against terrorist positions in Syria on a request from the Syrian government.

Meanwhile on Friday, Viktor Ozerov, the head of the defense committee in the upper house of the Russian parliament, said Russia was almost 100 percent sure that the leader of Daesh, Ibrahim al-Samarrai aka Abu Bakr al-Baghdadi, had been killed in an airstrike carried out by the Russian Air Force in Syria last month.

“I think this information is close to 100 percent [in certainty],” Interfax quoted Ozerov as saying. “The fact that Islamic State [Daesh] has still not shown him anywhere also adds to our confidence that al-Baghdadi has been killed.”

On Thursday, the Russian Foreign Ministry had said it was “highly likely” that Baghdadi, had been killed. Deputy Foreign Minister Oleg Syromolotov told Sputnik news agency that the information about Baghdadi’s likely death was now being verified through “various channels.”

The Friday statement by the Russian Defense Ministry said that Turkish and Israeli militaries “were informed in a timely manner of the missile launches through communication channels” but made no mention of the United States.

Russia has suspended communications with the US, which used to be carried out via a hotline set up to prevent accidental military confrontations over Syrian airspace. The US is present in Syria as part of a coalition that purports to be fighting Daesh but that has not received permission from Damascus.

The suspension of the military contact came after a US warplane hit a Syrian Su-22 aircraft with a missile last Sunday. The US claimed that it had targeted the plane “in collective self-defense of coalition-partnered forces” in the city of Taqba in northern Syria.

Moscow says Washington had failed to inform it about the hit. A day later, the Russian Ministry threatened to treat aircraft with the coalition “as air targets” if they flew in areas west of the Euphrates River.

The Pentagon responded by saying it would “defend” itself and “our partners if threatened.”