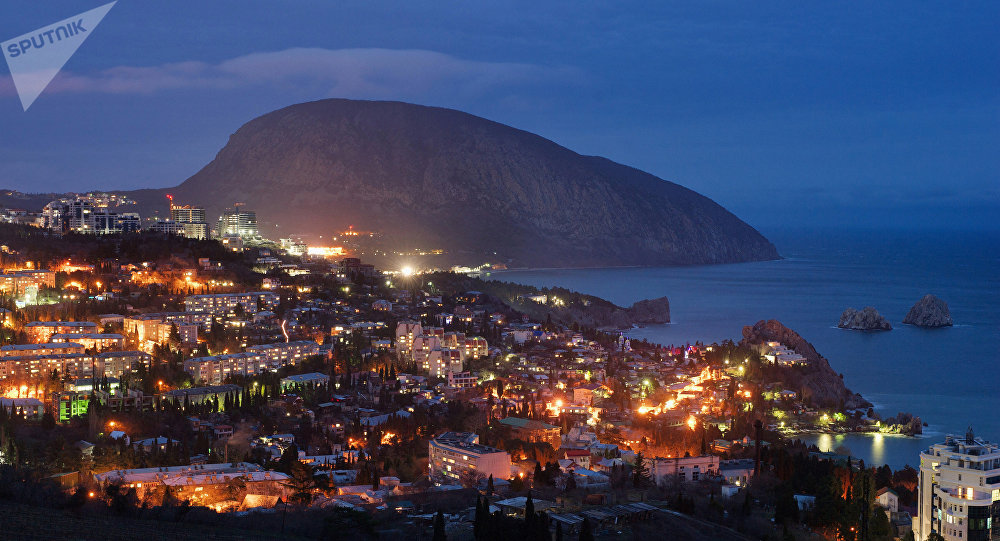 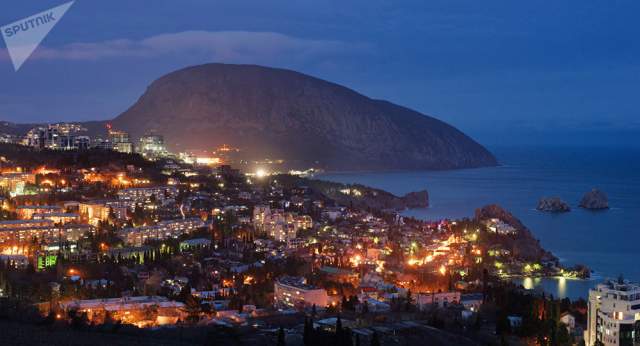 [ Editor’s Note: This is a bigger story than it may seem, a double one really. Turkey we caught supporting the Tartars-Ukie subversion early on in Crimea. I use the “S” word solely due to the landslide vote from the Crimeans not to submit to the rule of the Kiev coupmeisters.

The Crimeans’ 94% vote to save themselves from the Kiev criminals was just ignored by the defenders of freedom and democracy in the West, a stain on those governments that will never wash off.

The Crimeans voted to save their behinds from the Right sector goons who openly bragged about what they planned to do when they got their hands on the SE Ukraine ethnic Russians…mass murder.

So now the US and the EU can sit back and watch the rest of the world come in and fund Crimean development without any competition from the West. The US-EU-NATO supporters of the Kiev coup will someday look back on their cruelty and folly of Ukraine coup as a huge mistake, even if they don’t admit it. Blaming Russia for its not being successful is a pitiful dodge.

The toughest part about Crimea’s future is its shortage of water due to Ukraine cutting off its historical supplies, despite Ukraine desperately needing the money. Last week I read that even some EU countries are working to help solve that problem as a humanitarian effort.

So as more moral people in the West step forward to engage Crimea, the contrast with the geopolitical terrorists will become more and more obvious to where they will want to give up the ghost and accept the reality of Crimea – that it is historically a Russia territory, is one again, and is going to remain that way… Jim W. Dean ]

SIMFEROPOL– Aleksey Chernyak illustrated the statement on  the Turkish companies’ return to the peninsula with the example of Yalta-Intourist hotel construction with the opening ceremony set for Monday.

“This unique aqua park is located in a park on the Black Sea coast. It was projected and constructed by the international Turkish company PolinWaterparks. This is one of the world leaders in water rides. We can see that foreign companies are not afraid of the Western sanctions policy,” Chernyak said.

Investors from different counties have shown interest in health resorts and tourism in Crimea, Chernyak noted, stressing that one investment offer for a Crimean health resort amounted to several billion euro.

The relations between Moscow and Ankara deteriorated after a Russian Su-24 aircraft was shot down over Syria by a Turkish F-16 fighter jet in November 2015 and resulted in Russia’s decisions to introduce an embargo on a range of Turkish goods, as well as suspending its visa-free regime with Turkey.

Bilateral ties began to improve following Turkey’s apology in June 2016 and on May 22, 2017, Moscow and Ankara signed agreement on the mutual lifting of the restrictions.

The western states continually prolong sanctions against Russia, imposed after Brussels and Washington put the blame for the eastern Ukraine conflict on Russia and refused to recognize Crimea’s rejoining Russia as a result of the March 2014 referendum. Moscow has repeatedly refuted the allegations.