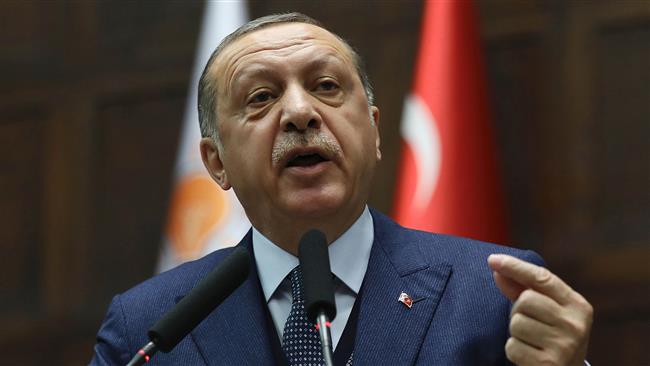 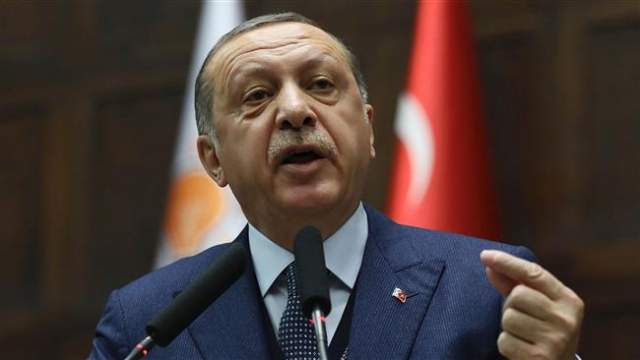 [ Editor’s Note: This is turning into a standup comedy series. Turkey, which has been backing terrorist groups in Syria, and was a ruthless major looter of Syrian wealth during the ISIS upheaval with partners like the Saudis, US, Qatar, Israel and the UAE, now steps forward as the defender of national sovereignty and international law. You just can’t make this stuff up.

The Saudis are competing for the top comic award with Erdogan, with their whining about Qatar backing terrorism, when the Saudis have outspent them in that endeavor quite handsomely. Iran, who is anti-terror, and the Russians, have been dirty-dancing with the Gulf terrorist sponsors to sell arms and compete for influence with the US in the region.

There are many layers of intrigue going on, as various states pursue their “interests”, as the US does so love to say. So they effectively end up doing (other than Iran and Russia) what they are charging others with, fighting terrorism while engaging in it, or being selective about who gets whacked PR-wise for being a terror supporter, and who gets a pass.

But despite all the hypocrisy, to which we are no strangers in international affairs, we have some very real geopolitical realignment being attempted here. This is a dangerous situation for having one party doing something really stupid, or another very smart party making it appear as if they have, to start an new kind of war.

As for what could really be the cause of that, the pipeline wars are the only suspect, in that the Four Gulf State Horseman who issued the incredible ultimatum to Qatar must have learned of a joint pipeline deal with Qatar and Iran, and Turkey, as in one to Europe via Syria and Turkey.

Where the Russians would fit in here is harder to grasp, as that would seem to be a major competitive challenge to their own desired gas sales, when they are already putting billions into the Turkish pipeline route. A possible gas OPEC is the leading long term glue for the rearranging of chairs we are seeing now.

Cards are being shown now in terms of who is flying food into Qatar, and with the Turks having a trip-wire military force in Doha, not enough to hold off the Saudis, but a line in the sand, which has already caused King Salman to replace the Crown Prince. Something really rattled him to do that.

We know the Saudi military is a make-believe one, as shown with Yemen, where all the other labor to run the country is farmed out to contractors. Saudis are in the military to get a paycheck, not to fight. The Royal family will be finished in a jiffy if it attacks anyone and suffers a major retaliation. Then all bets are off. Who could possibly want that situation? Who always loves chaos? The banksters of course… Jim W. Dean ]

Turkey’s President Recep Tayyip Erdogan says a sweeping list of demands issued by four Arab states is an unlawful intervention against Qatar’s sovereignty and a violation of international law.

Turkey and Iran threw support behind Qatar, and started shipping food to the country after Saudi Arabia, Bahrain, Egypt, and the United Arab Emirates severed diplomatic ties, and cut all land, sea, and air contacts with the emirate on June 5.

“What we are talking about here is an attack on the sovereign rights of a state,” Erdogan said, adding “there cannot be such an attack on countries’ sovereignty rights in international law.”

Qatar on Saturday denounced the ultimatum as unreasonable and an impingement on its sovereignty. The sanctioning countries accuse Qatar of supporting terrorism and destabilizing the region, allegations vehemently denied by Doha.

The punitive measures have raised human rights concerns, with UK-based rights body Amnesty International saying the sanctioning countries are toying with the lives of thousands of Persian Gulf residents as part of their dispute with Doha.

The demands include Qatar shutting down its Al Jazeera news network, which has ruffled feathers time and again among Saudi Arabia and its allies with its critiques, as well as limiting its ties with Iran and closing down a Turkish military base.

Erdogan dismissed calls for Turkey to close the military base in Qatar, calling it a “disrespect” to his country.

Turkey has sent two contingents of troops with columns of armored vehicles to Qatar since the crisis erupted on June 5, with Defense Minister Fikri Isik saying further reinforcements would be beneficial.

According to Hurriyet newspaper, the two countries will hold a joint exercise following the Eid al-Fitr holiday which started on Sunday. The report said the number of Turkish troops sent to Qatar could eventually reach 1,000, with an air force contingent also envisaged.