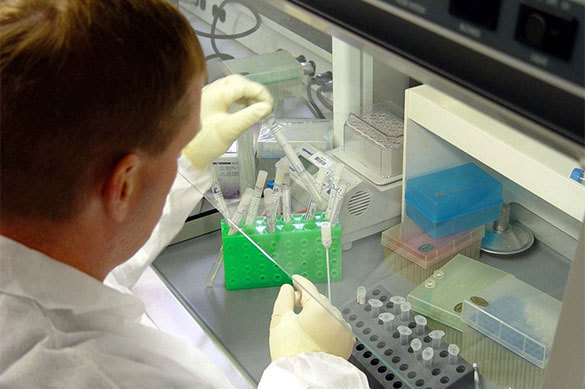 The Pentagon has spent more than a billion dollars to create hundreds of bio laboratories around the world, including the countries of the former USSR. There are 400 of them already. They are located in Georgia, Kazakhstan, Uzbekistan, Tajikistan, Ukraine and other countries.

As a result, the Pentagon has obtained a possibility to fully control and show influence on the biological and phytosanitary situation in the region. The Americans currently build bio laboratories in Azerbaijan; three laboratories opened in Armenia last year.

The Americans have one answer to all questions on the subject: they are doing all this supposedly for noble purposes, namely to improve the safety of storage of existing collections of especially dangerous pathogens that were preserved in the countries of the former USSR. Facts suggest otherwise, though.

For example, a genetically modified avian influenza virus was developed at the medical center in the Netherlands with the financial assistance from the US National Institutes of Health. The virus can be transmitted from human to human. As a result, the EU was forced to allocate millions to struggle against the virus.

Pravda.Ru requested an expert opinion on the subject from Igor Nikulin, a former member of the UN Commission on Biological and Chemical Weapons in Iraq and Libya, an expert of the Higher Environmental Council.

“Can we believe what representatives of US laboratories say? They assert that the laboratories are used to store pathogens? Is it possible to prove their words?”

“One can say the following: if they were only storing the pathogens, we would not see so many outbreaks of dangerous diseases lately. The Pentagon is not a charitable organization. Of course, they assure that they are acting out of good intentions for charitable purposes, but this is not true to fact. If there is the US military budget involved, this activity does not have a purely humanitarian purpose.”

“It turns out that there are closed institutions on the territory of former Soviet republics that they can not control. Is it possible to make those institutions go back to where they came from?”

“It is possible, they closed one lab in Georgia, in the village of Alekseevka. Russia, being a major geopolitical player, should look into the problem. Russia should take action within the scope of the CSTO to ensure all member states shut down those dangerous facilities near the borders of Russia.

“All strange outbreaks of diseases, even salmonellosis, must be documented. The Americans are smart – they can make a “McLaren report” from any rumor. Russia should act similarly – we should fight them with their own techniques.

“One can not help but notice the geography of the location of those laboratories. Armenia and Azerbaijan are in a state of protracted conflict that may turn into a real war at any time. Afghan Talibs conduct subversive activities near Tajikistan. Military actions in Ukraine last for over three years already. In Kazakhstan, Islamists have been particularly active recently. An opportunity to blame radicals for everything is always there, so to speak. In most cases, the Americans do not even build anything – they simply use Soviet-era buildings and hire local personnel. They have large budgets, but they still prefer to save money.”

US scared of Doomsday bunkers in Russia
*