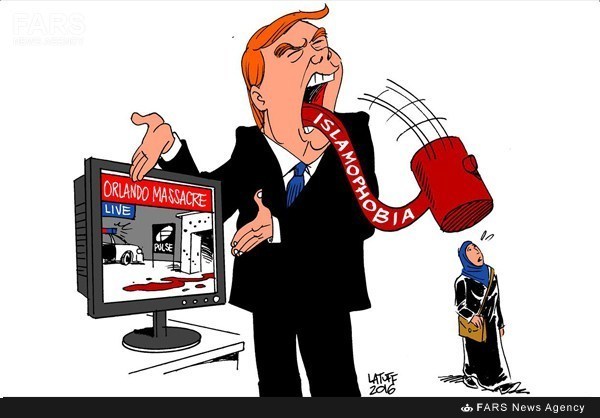 “He essentially ran as an anti-Islam candidate,” said Kevin Barrett, an author and political commentator in Madison, Wisconsin.

“Trump is kind of the arch-Islamophobe and it’s clear that his travel ban was designed to target Muslims and it was designed to whip up hatred of Muslims among an element of the US population that has been brainwashed,” Barrett told Press TV on Tuesday.

Trump has pursued close ties with Saudi Arabia and has not included Saudi citizens in the travel ban, despite Riyadh’s widespread support of terrorism around the world and direct involvement in the 9/11 attacks, Barrett said.

The top US court announced that it would hear arguments on the legality of Trump’s executive order in the court’s next term, which starts in October.

Amnesty International condemned the ruling on Monday and urged the US Congress to nullify it.

“It’s always been crystal clear that this policy was based on discrimination. Reinstating any part of this ban could create chaos in the nation’s airports and tear families apart,” Margaret Huang, Amnesty International USA executive director, said in a statement.

“This bigoted ban cannot be allowed to take effect again, and Congress needs to step in immediately to nullify it once and for all,” she wrote.

The travel ban was a signature policy of Trump’s first few months as president. During the 2016 presidential race, Trump campaigned for “a total and complete shutdown” of Muslims entering the United States.