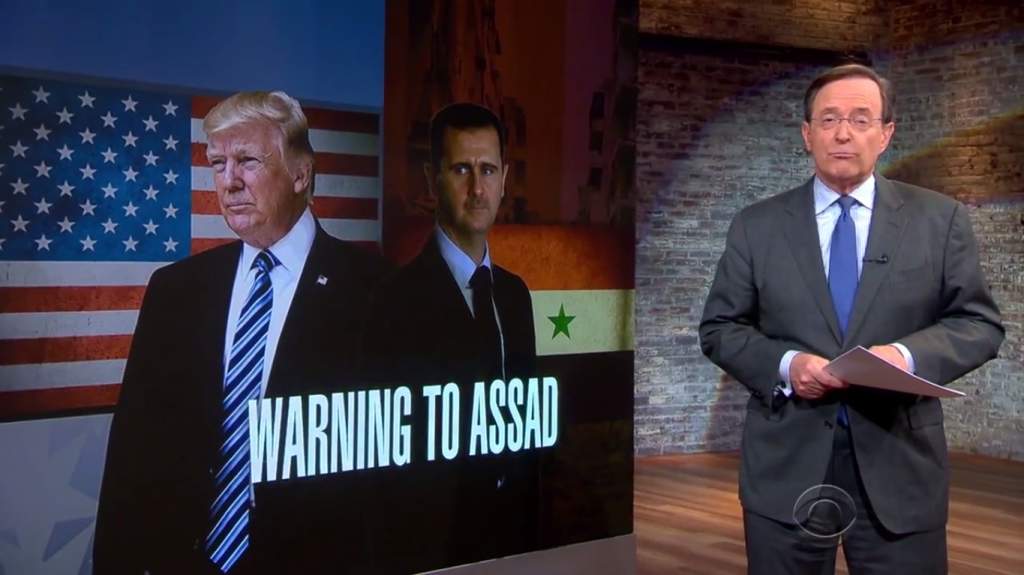 The US is actively preparing public opinion for a direct military aggression against Syria. The White House claimed on Monday that it has a “potential” evidence that the Bashar Assad government was preparing for another chemical weapons attack that “would likely result if the mass murder of civilians, including innocent children.” Press Secretary Sean Spicer said that if “Mr. Assad conducts another mass murder attack using chemical weapons, he and his military will pay a heavy price.” US Ambassador to the United Nations Nikki Haley further accused Russia and Iran for any future “chemical attacks” that may take place in Syria. However, no evidence was provided.

UK Defence Secretary Sir Michael Fallon said on Tuesday that the US had not shared any specific evidence with the British Government, but the UK is ready to support any US military actions against Syria.

Earlier this month, Army Col. Ryan Dillon, spokesman for the US-led coalition, admitted that the US and its allies had lost a race for the Syrian-Iraqi border to government forces and that the Pentagon has no problems with the anti-ISIS operation of the Syrian-Iranian-Russian alliance in the area. But, it looks that somebody in the White House has a problem with this.

Meanwhile, the Syrian Army and its allies have further advanced against ISIS terrorists in the countryside of Palmyra and along the border with Iraq. An intense fighting took place near the Arak field while another group of government fighters continued pushing towards the T2 pumping station.

Earlier this month, reports appeared that the Turkish military deployed a large number of military equipment, including T-155 Firtina howitzers and ACV-15 armoured vehicles, to the area of the militant-held town of Azaz. According to multiple pro-Kurdish media outlets, Turkey and pro-Turkish militant groups were preparing for a large advance against Kurdish militias in the area of Afrin. However, no large attack has taken place so far.

The SDF media wing has not reacted to the recent shelling but some unofficial Kurdish sources indicated that the SDF is not going to halt the Raqqah advance even if Ankara launches the expected operation in the Afrin area. If this is true, this will open a window of opportunities for the Erdogan government that has a long-standing aim of retaking Tell Rifat from Kurdish units.

In the city of Raqqah, the SDF continued clashing with ISIS terrorists encircled in the urban area. However, the ISIS resistance did not allow the US-backed force to make gains. The US-led coalition increased airstrikes on ISIS targets in the provinces of Raqqah and Deir Ezzor.

The Monday airstrikes on Mayadeen hit the ISIS prison and killed at least 42 prisoners and only 15 the terrorist group’s members according to the so-called Syrian Observatory for Human Rights, a hardcore anti-Assad media outlet. In turn, the US-led coalition described the target as ISIS “command and control” facilities.