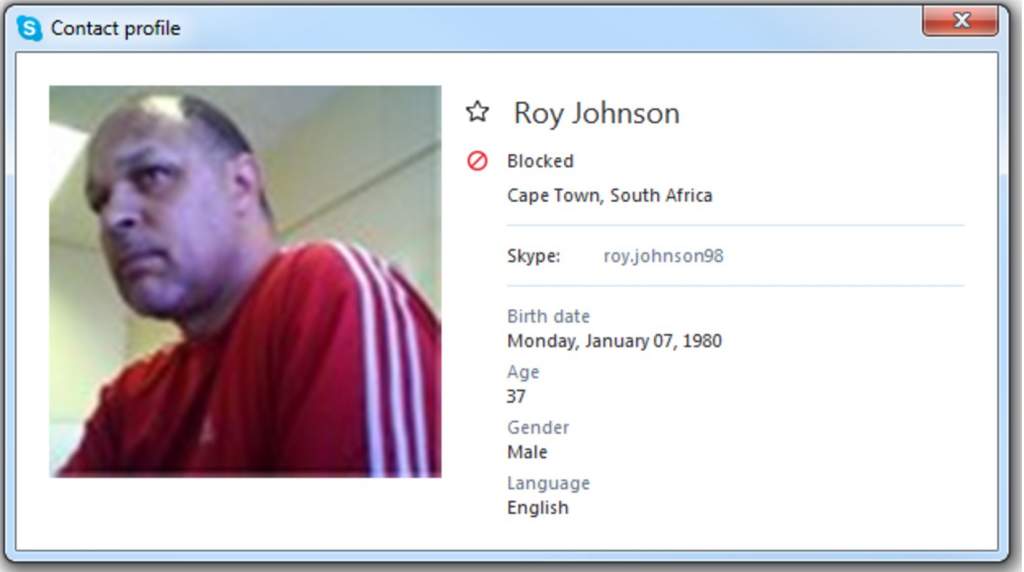 This comes after a journalist Mr. Julian Jansen from Rapport faked his name and posed as a reporter for the Rapport news paper in South Africa under a fake cover name as Roy Johnson who uses a fake illegal Skype name as roy.johnson98 .

After an official media investigation, it turned out that the official name of the South African journalist is Julian Jansen using the email of [email protected]  whilst working for the Rapport in South Africa.

The question remaining is why would Mr. Julian Jansen if he is an official ethical journalist have to fake his own online ID and whose Identity was Stolen as Roy Johnson ?

It turns out that his agenda might not be so noble at all as records indicated he was linked to the Democratic Party, the DA and Dan Plato of South Africa in the Past.

This comes after and property owner whom property was valued at over $1 million were sold of at auction by Standard Bank without any reserve whilst the bank loan is around and about $250 000.

A case is currently under investigation against the bank for possible corruption and one can’t help but to wonder what the interest of Mr. Julian Jansen from Rapport better known as Mr. Roy Johnson was and the purpose of such online representation.

According to factual testimonies verified by the South African Police, it seems that the home owner was approached by two bank officials in a  fraudulent attempt to bond his house whilst it was already fully paid with the sole purpose to invest the money in a property scam set up by the two Bankers of Standard Bank Private clients- Claremont division.

Presented evidence strongly indicates that there is some underground corruption that happened with the intend to rip-off the owner from his property and financial investments by bringing him into dept with Standard Bank Cape Town South Africa Private Clients Claremont.

Julian Jansen published in his article of the Rapport written during 2016: “Ros Linstrom, a spokesman for Standard Bank, said the bank has acted at all times within his legal rights and the rules of the court”  in a past quote but official evidence shows that the bank indeed was not ethical as a letter produced by the Home owner shows that the bank closed the accounts of the home owner and also refer to closing of complaints.

The statement made by Standard Bank representative Linstrom on the 24 July 2016 published by the reporter Mr. Julian Jansen from Rapport posing as under a fake cover name as Roy Johnson said the bank has not received any formal complaints about his staff and denied any allegations.

Foreign investors has long been the target of financial pray in South Africa and it’s not the first time that Standard Bank was approaching investors to Southern Africa to bond fully paid properties to make business with the client. Besides the fact that this is illegal foreign investors are strongly advised not to proceed with investments with Banks that has a records for financial corruption.

Research indicated that the reporter is not registered with the International Federation of  Journalist.