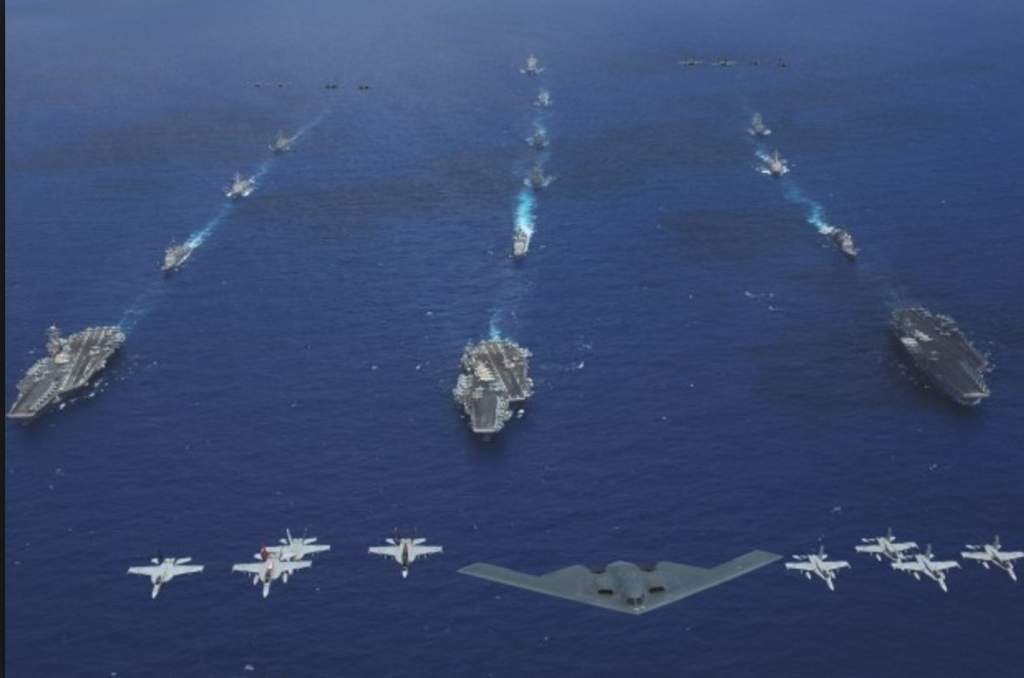 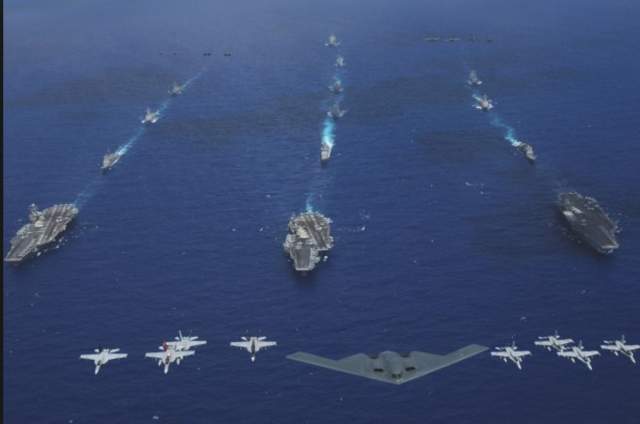 According to CNN TV channel with reference to unnamed sources, the Pentagon got fully operational its warships and aviation for monitoring the Syrian Al-Shayrat airbase as if the Syrian government makes any further moves toward a chemical weapons attack.

CNN also reports, that Washington currently is not going to attack Syria. At the same time, the U.S.S. George H.W. Bush as well as two frigates and cruisers, equipped with Tomahawk cruise missiles, are located in the eastern part of the Mediterranean Sea. Thus, the Pentagon at any time will be able to initiate a new missile strike on Syria. In addition, the U.S. will be able to use the International coalition jets, which under pretext of fighting terrorism continue to carry out indiscriminate attacks on residential areas.

Let us remind you, that on Monday White House Press Secretary Sean Spicer made a statement that the U.S. was aware of Assad’s plan to carry out another chemical attack. According to Spicer, the suspicious activity was noticed at the Al-Shayrat airbase, which may indicate the preparations of the Syrian government for the new chemical attack. However the White House hasn’t adduced any other evidence, referring to the secret documents that couldn’t be represented to the public.

The U.S. new aggression has reflected on the appropriate reaction of the world community. The Syrian Foreign Ministry released a statement that the misleading campaign launched by the United States over the past few days alleging that Syria intends to launch a chemical attack on citizens is unsubstantiated and unsupported by any facts or justifications. Moreover any U.S. aggression against Syrian army and the nation is the direct support of terrorists.
Commenting on the threats of Washington against Damascus, Secretary of Iran’s Supreme National Security Council (SNSC) Ali Shamkhani warned the White House against any possible military move against the Syrian government under the pretext of “false claims”, saying it would be tantamount to “playing with fire”.

It is not the first time when the U.S. tries to change the Syrian crisis course of events in its favor. On April 4, the number of Mass Media reported, that the Syrian Air Force allegedly used chemical weapons in the settlement of Khan Sheikhoun in Idlib province. In a response to those actions, on April 7, the U.S. President Donald Trump ordered cruise missiles to strikes Syria’s Shayrat airbase. In the view of American intelligence agencies, the Syrian aviation committed a chemical attack from this base. Recently it became known that U.S. President was aware the Syrian government hadn’t used any chemical weapons against citizens. Despite this fact, he ordered to attack Syria.
In the light of the Syrian Army recent successes in all sectors of the front in fighting terrorism, the Pentagon apparently tries to strengthen and expand its military presence in Syria in order not to allow Bashar Assad to regain control over the lost territories. Instead of peaceful settlement of the Syrian crisis, the United States have chosen the escalation of the conflict. In this way the U.S. has increased the risk of direct military confrontation with the true allies of Damascus – Tehran and Moscow.