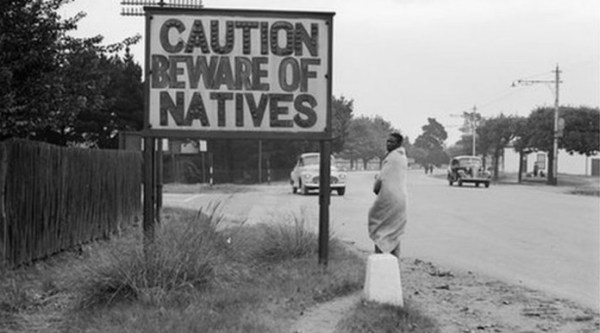 I recently received a very kind offer from an American friend and fellow journalist. He is most concerned about my safety in South Africa. I would like to share it with you, however, I will not include his name out of consideration for his privacy. He writes:

This email is from your fellow XXXX columnist, XXXX, and my message to you is simple: Get out of Africa (the whole continent) immediately using any means possible. Get to Boston (somehow – some way), where I’ll pick you up and drive you to my home in XXXX. There you can recover (with your own bedroom and bathroom) and then decide on what options might be available to you. I don’t think you can legally get a passport, so discover how you can use other means to obtain one.

There’s a blood bath of White blood that’s brewing in South Africa that will no longer be limited to White farmers. The South African government or local police will not help you, nor will the UN. There’s a dark international force that is waging war on Whites with the goal of complete White genocide.

I know you don’t believe what I’ve just written, but I pray you don’t find the truth of it all the hard way.

Take a chance, Katherine, by getting out of South Africa as soon as you can.

P.S. No spitting cobras in XXXX.

The reference to the snake was when I had a two meter long spitting cobra do a tour of all the rooms in my house.

The cat and I sat on top of the kitchen counter in absolute terror! It finally left, but what concerned me afterwards was that perhaps it had been hibernating in my bedroom in the corner where I have an old basket filled with photographs and memorabilia.

I have to admit that during that particular winter I used to hear creaking basket noises during the night and just put it down to a drop in room temperature…. the following winter the basket remained ominously silent…. and the cobra has not returned. But moving on….

I was deeply touched by the concern and the offer that my friend made. How many people do you know who would do that? I don’t know of many. And I am sure that there are a lot of Americans who think that with my white skin I would be far  better off in the US of A! Few of them, however, would extend an offer of sanctuary as this gentleman has done. And he is a gentleman. A rare breed and vanishing species in the world today! Thank you… from the bottom of my heart.

In summation, all this talk of “killing the whites”I do believe is coming from covert outside forces motivated by the usual reasons.

Resources, land, industry acquisition and monopolies in line with the Globalist ideology and the prospect of bribery and corruption and replacing a government with bought off stooges only willing to get rich quick and sell out their inheritance.

Fascist dictator and Jesuit Robert Mugabe from Zimbabwe is one of them, in bed with Israeli blood  diamond dealers who rig the elections to keep him in power, this while thousands of white Zimbabweans were thrown off their land and I might add, and always ignored, over two million black Zimbabweans also lost their property. Again this had nothing to do with skin colour though it has certainly been sold that way.

It is a similar strategy to the “color revolutions” that now plague the world, as seen in Ukraine, the Arab spring and now in Venezuela and Brazil. Failing that the next option would be to instigate a civil war and with black on white ( whatever that means) violence and completely destroy the infrastructure of the country, as has been done in Syria and Libya.Then swoop in and take over everything with “freedom and democracy” and bought and paid for politicians as they have in the USA and everywhere else that the unipolar global corporate fascist model has its tentacles. .

There are always extremists on both sides of the fence who would be only too willing to take part in such madness, extremists who love to “hate” the other, whoever the other might be. The world is full of those people.

You even have them in the United States of America! Right now the far right and the far left ( both contain all race groups) are having a go at each other with riots, demonstrations, physical abuse and murders on a daily basis.

In places like Ukraine you have white Europeans killing white Europeans because of a language difference, even though most of them are related. Apparently this is called “tradition.”

In the Middle East you have Arabs killing Arabs because one is Sunni and the other is Shiite.

In India you have Indians killing Indians because one is from a lower cast and the other is considered to be born higher cast, you even have bride killings there.

In most cases the hidden hand behind all this social and political upheaval has got nothing to do with the people themselves no matter the colour of their skin or the religion that they believe in. They have been duped into revolutions and civil wars the outcome of which is never to their own benefit, but to the benefit of banks, corporations and competing oligarchs all interlinked in a global corporate fascist model where the people at the top are not of a common race group, religion or even nationality, but are of a common purpose. Money, power and unipolar control. As George Carlin said, “it is a big club and you ain’t in it!” no matter which country you live in.

Right now if Africa has anything to be worried about it is Arab Islamic invasions through extremist terrorists like Boko Haram, al-Nusra and ISIL in Libya, Nigeria, Sudan, Somalia, Kenya and Ethiopia to name a few. Throw in AFRIKOM and Asian colonial “investment” and you have a right royal catastrophe waiting to happen on a continent that is rich in resources no matter whether you are white, black or an African of any shade and variety.

Thanks for the offer my friend.

I was deeply touched by your concern.

But I refuse to be played.

By the white racist fear mongering of the right.

Or the black reverse racist threats on the left.