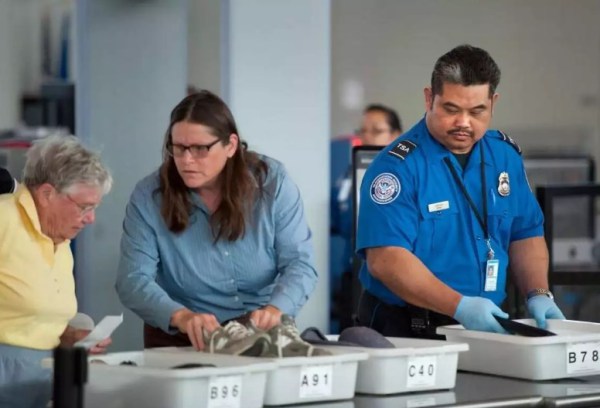 I recently read “Hands off my books, TSA. And leave my cookies alone,” from Sacramento Bee:

“While I expect going through airline security to be time-consuming and mildly annoying, my attitude changed recently as I prepared to board a flight out of Sacramento International Airport in the days after Memorial Day weekend,” the Sacramento Bee wrote.

“As I stood in line, Transportation Security Administration officials announced at SMF that everyone was to take books, magazines and food out of their bags and put them into a separate bin for inspection. That was it. A line was crossed for me.”

I grew up in Apartheid South Africa. During the 1970’s South Africa had heavy censorship laws with regards to all reading material. The most famous and most ludicrous example was when they banned “Black Beauty” without reading it, believing that it was a political novel about Black power,  not knowing that it was an 1877 novel by English author Anna Sewell about a black horse and promoted animal welfare.

Judging by the new security laws to prevent “terrorism,” something that the US intelligence agencies and corporate funded mercenary proxy armies themselves have been arming, training and supporting in the Middle East in Libya, Iraq, Syria and Afghanistan since Al-Qaeda was created ( see congresswoman Tulsi Gabbard’s “Stop Arming Terrorists Act”  should you still have any doubts,) and the average IQ of TSA agents ( max 60) at all USA airports these days, it is clear that Americans are about to be subjected to the same kind of backward and uneducated censorship that I had to grow up with, in police state Apartheid South Africa in the 1970s. Which if anything, nurtured the natural inborn rebel in me for life! Nature plus nurture resulted in a healthy disrespect for bureaucracy and authority.

Across the border from South Africa is the small kingdom of Swaziland. Swaziland had no Apartheid, no racial discrimination and no censorship laws.

During the years of Apartheid the Swazis had a lucrative industry riding on the backs of South Africans who visited the country and spent a lot of money in the casinos ( also banned in S.A,) and where die-hard white racist Nats of the KKK variety would indulge their pleasures at the “cuddle puddle” with an abundant supply of black prostitutes. When they returned home, it was back to business as usual.

Watching this lot, I became a natural-born rebel with a healthy dose of disrespect for bureaucracy and authority and an innate aversion to hypocrisy. ( Please refer back to “terrorists” and Tulsi Gabbard.)

One school holiday I was lucky enough to be invited to spend three weeks in Swaziland in a suburb outside of Mbabane, the capital city. The first  “to do “ thing on my list was to hit the bookshop. What did I buy? ” The Godfather”  by  Mario Puzo, little realizing at the time that over forty years later, it would dawn on me that this novel was a blueprint for American politics.  In the last of the movie series it is made very clear who the real “Godfather” is, and where his headquarters are located…. hint.. he addressed congress for the first time in US history in 2015.

But back to the TSA.

Here is a hot tip as to how I got that novel across the border into South Africa and then passed it along to family and friends who were starved of reading material and some glimpse of what the outside world really looked like. Which quite possibly will be what Americans will be subjected to in the near future.

I bought another book, some silly love story, tore the cover off of it and replaced the cover of the Godfather with some piece of trash that was easily available in any South African bookstore.

If “Black Beauty” was anything to go by, you could be relatively certain that a) the border security would only read the title on the cover and b) they would not have the intelligence to think much further… in fact I doubt if they could even read much further than that, especially when you are looking at approximately 450  pages or more.

As Alan Paton, a South African politician,  author of “Cry The Beloved Country,” and who spent many years under house arrest for his anti-apartheid stance could attest, when the security services raided his home one day and found him in his study, they stood open mouthed and the only remark that they made was:

Books in general seem to have a confusing effect on them. .. and when in doubt they burn them… in case., simply because most of them cannot read in the first place! And if they can read at all, it will be limited to a grade six level, max 100 pages and in BOLD Type, most probably restricted to “the list” that they have been given of titles that need to be confiscated. So my advice to travelers with books going through the TSA,