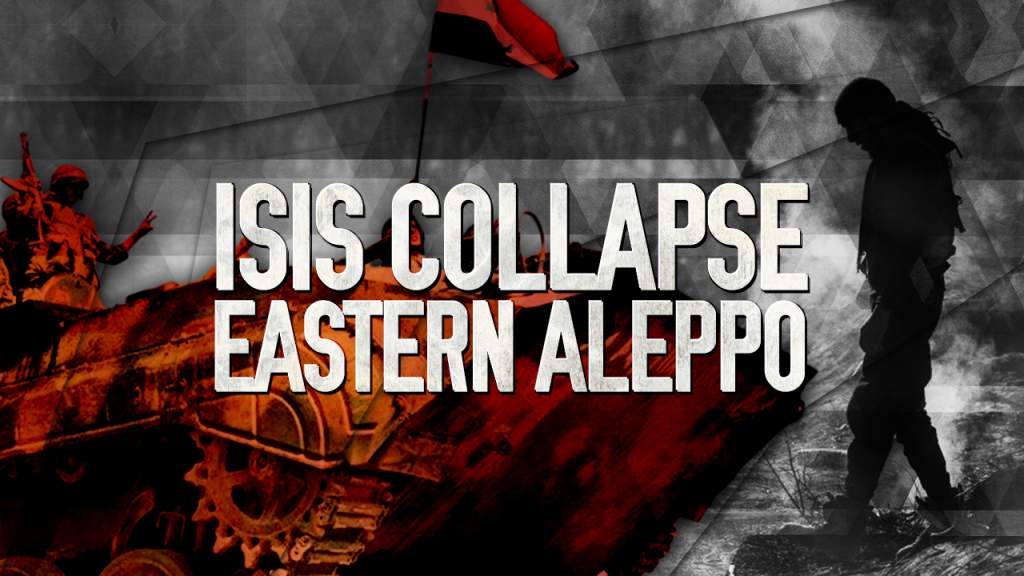 Pro-government forces, led by the Syrian Arab Army (SAA) Tiger Forces, have fully expelled ISIS terrorists from the area east of the Khanasir-Ithriyah road. Initially, the Tiger Forces took control over the entire Ithriyah-Resafa road, including the Habbari oil field and nearby points. Then, after a series of firefights with ISIS terrorists, government troops cleared the remaining ISIS-held pocket in eastern Aleppo.

With this advance, the SAA shortened the frontline with ISIS in the area and got a useful supply line to its strong point of Resafa. In the current situation, government forces will likely develop momentum against ISIS terrorists east of Salamiyah. If the SAA and its allies secure the road between Salamiyah and Palmyra, they will further shorten the frontline and repel any possible ISIS counter-attack on the Tiyas Airbase that may threaten the supply lines of government forces operating against ISIS east of Palmyra.

Faylaq Al-Rahman has followed the White House’s advice and blamed the Syrian government for using chemical weapons against its members in the Eastern Ghouta region near Damascus. The militant group accused the SAA of using chlorine gas at the Ayn Tarma front after it had failed to advance in the area. Faylaq Al-Rahman said that 30 of its fighters were poisoned and added that the SAA once again used chlorine at the Zamalka front north Ayn Tarma. The Syrian Defense Ministry released a statement denying those claims and saying these reports are a pure propaganda.

In late June, the White House launched a large-scale media campaign preparing public opinion for further attacks against the Syrian government. The Trump administration claimed that it had some secret evidence that the Assad government was preparing for a chemical weapons attack in the country. The UK and France added that they would support any US military action against Syria.

The US-backed Syrian Democratic Forces (SDF) captured Hussainiya and Kasrat Mohamed Ali, and advanced on Ratlah in the southern Raqqah countryside. The US-backed force expanded its operations in the area after it failed to weed out the ISIS resistance insider Raqqah despite a desperate bombing campaign by the US-led coalition. The SDF is attempting to enter the Old Raqqah area, but this is a complicated task because clashes in al-Sinaa and Rawdah are still ongoing. ISIS claimed that 74 SDF fighters have been killed and 12 others wounded by its snipers so far in the city.

The US Marines have released a video showing its artillery unit supporting the SDF advance in Raqqah. Some people suggested that the video allows seeing alleged phosphorus shells prepared for usage.