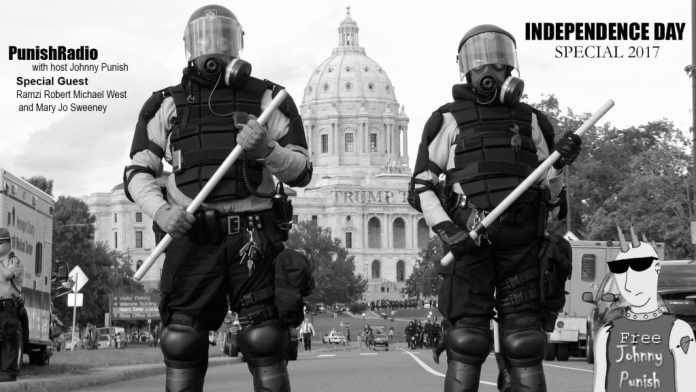 Happy 4th of July!  Yippee Kay Ye Muthafuckas!  To all you Trump supporters, light up the BBQ, get out the freakin’ pork rinds and KFC and grab some pussy!  Time to party like its 1955! (white people only).

For the rest of us who find Trumps uber vulgarity, race baiting, 1950’s white only vision, and mentally-ill juvenile behavior so disgusting and abhorent that we simple cannot celebrate in good conscience, well, turn up the volume and enjoy this Punish Radio show with special guest famed Facebook Activist and Rebel with a Cause from The Daily Politic, freedom and liberty warrior Ramzi Robert Michael West and his sidekick Mary Jo Sweeney.