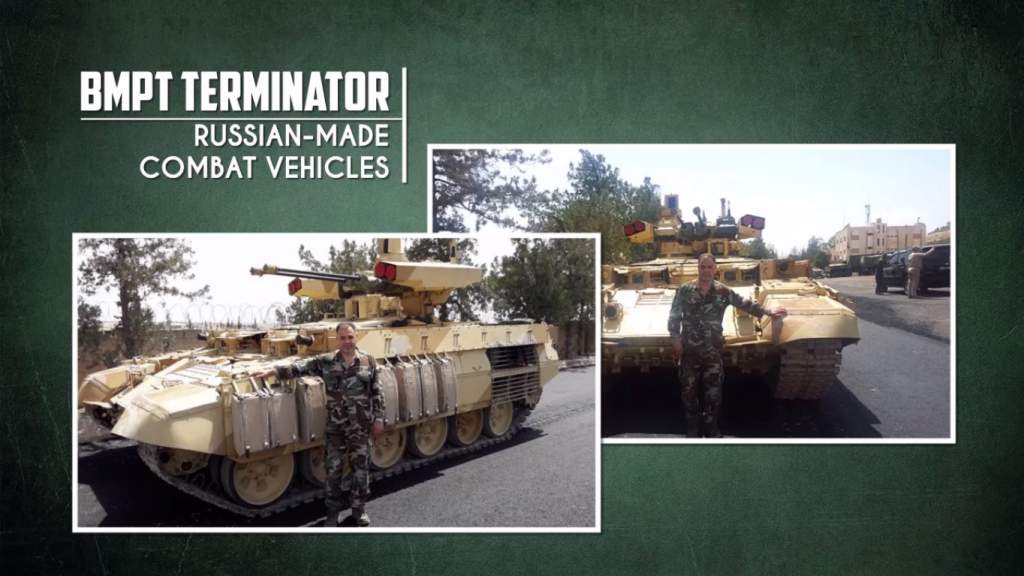 Syrian government forces, led by Liwa al-Quds and Hezbollah units, have further advanced against ISIS northeast of the Arak gas field in the eastern part of Homs province. Army troops and their allies have captured a number of hills and reached the important Rammim Hill west of the Hail gas field. By controlling the Rammim Hill, government forces will be able to establish fire control over the vicinity of the Hail gas field and thus soon to retake the field from ISIS. Doing so will also contribute to a wider effort aimed at liberating the strategic town of al-Sukhnah.

According to reports, government forces received an unknown number of Russian-made BMPT Terminator combat vehicles. The vehicles will allegedly be used during the upcoming advance on Deir Ezzor. If confirmed, this will be the first usage of the Russian-made armoured vehicle in a combat environment.

The US-led coalition has airdropped about 100-150 members of US-backed groups of the so-called Free Syrian Army (FSA) from the US-held Al-Tanf area in southeastern Syria to the Al-Shaddadi area in northeastern Syria, according to pro-militant media activists and media outlets.

According to reports, the goal of this move is to set a foothold for a US-backed advance on the government-held city of Deir Ezzor, besieged by ISIS terrorists. Some sources suggest that the US is going to establish a coalition garrison in the border area. Jaysh Maghawir al-Thawra even declared the start of the offensive on Deir Ezzor. However, without direct support from US-led coalition ground forces this seems as merely a PR move. Another obvious target for the US-led operation is the ISIS-held border town of al-Bukamal.

If reports are confirmed, this move will be considered as a common part of a wider US effort aimed at building a buffer zone between Syria and Iraq by seizing as much border area as possible, the goal being to prevent any cooperation between the Syrian and Iraqi militaries.

The Syrian Democratic Forces (SDF), backed up by the US-led coalition, continued storming the ISIS-held part of Raqqah. Slow progress inside the city might be one of the reasons behind the US attempt to launch a separate operation in the border area with Iraq.