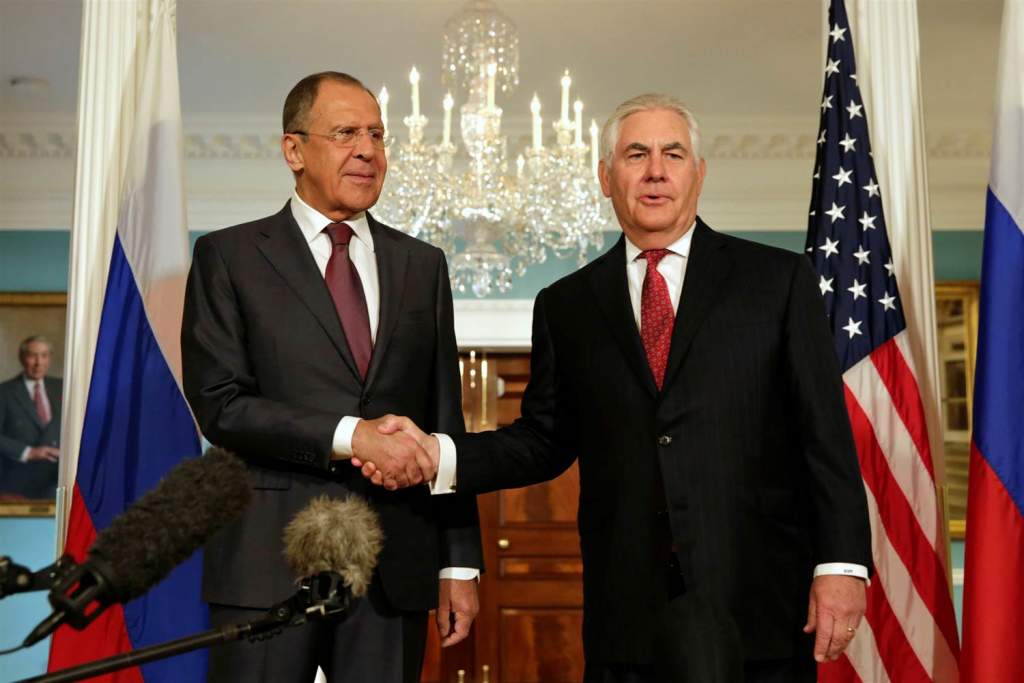 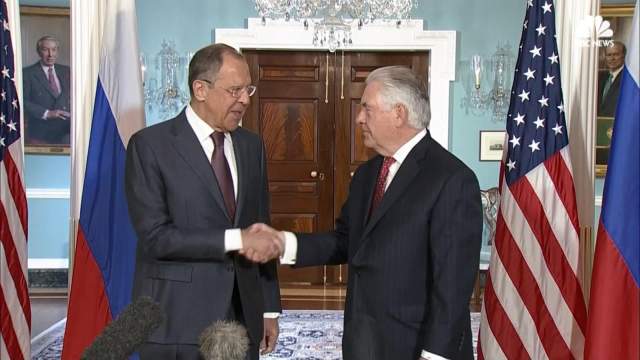 [ Editor’s Note: This Tillerson statement is a hoot, that Russia has a “special responsibility” to aid the peace process in Syria, when he knows  that if the Russians had not come in, the jihadis would have won, and we would have a mess 50 times bigger than Libya.

That’s the one where Obama at least admitted that not making plans for what to do to stabilize Libya after Saddam was “a mistake”. But how was he supposed to know that? The US has never worried about what happens afterwards, as the Deep State folks figure they have won, and the exploiting of the country will move into the bone-picking stage.

With Iraq, they just fired the army and police, so there was instantly no security in the country, and a looting frenzy began. That was not something that would have taken a genius to foresee, but we did it anyway. Based on its horrible record, in a perfect world, the US would never be allowed to intervene anywhere. Where are the ETs when you really need them?

This no-fly zone pitch by Tillerson…color me suspicious. I suspect that he knows the US and its Gulf State allies are going to maintain weapons and ammo supplies to their jihadi proxies, and that Russia will bomb those convoys and depots when and where it can.

Don’t hold your breath on anything that is said in Hamburg between Putin and Trump on Syria. If Trump deems it profitable for him to appear conciliatory, he will be, knowing he can still do whatever he wants later, muttering something about “America first”. Because the master of chaos lives inside his head, that is what we get. We got a two for one deal with Trump, and have at least three and a half years more of it to survive… Jim W. Dean ]

Moscow has noted Washington’s apparent move in the right direction on Syria, but has requested the US to provide details on the proposed creation of no-fly zones as voiced by US Secretary of State in the lead up to the Russian-US leaders meeting in Hamburg.

Ahead of the July 7 meeting between Vladimir Putin and Donald Trump, chief US diplomat, Rex Tillerson insisted that Russia has a “special responsibility” to aid the peace process in Syria, while Washington expressed a readiness for closer cooperation with Moscow.

“The United States is prepared to explore the possibility of establishing with Russia joint mechanisms for ensuring stability, including no-fly zones, on the ground ceasefire observers, and coordinated delivery of humanitarian assistance,” Rex Tillerson said in a statement released by the State Department Wednesday.

“We’ve issued a query but haven’t received a reply so far,” Lavrov said, according to TASS. “The question is what kind of no-flight zones are being presupposed because they haven’t been mentioned in the past.”

Lavrov pointed that Moscow is also still waiting for a response to its own proposals on Syria which were presented to the Americans in spring.

“We handed our proposals timed for the first contact between the Russian and US Presidents to US Secretary of State Rex Tillerson before his trip to Moscow in April,” Lavrov said.

“This was because he himself had come up with an idea of preparations for the meeting between the Presidents in advance when we had talks in Bonn in February.”

The Russian Foreign Minister welcomed his counterpart’s initiative. “I am confident that the focus of [Tillerson’s] statement, despite all the emerging issues on this or that wording, the determination on cooperation between Russia and the United States, is a step in the right direction,” Lavrov told reporters after talks with French Foreign Minister Jean-Yves Le Drian in Paris.

“It is important for the Syrian crisis settlement to be mutual, with no party trying to pretend that nothing depends on them,”Russia’s most senior diplomat added. Russia’s main priority in Syria, though, is to eliminate terrorist groups, mainly the Islamic State (IS, formerly ISIS/ISIL) and Jabhat al-Nusra, Lavrov underlined.

Syria already has three de-escalation zones after Russia, Turkey, and Iran signed a deal in Astana, Kazakhstan in May. While the specifics of the newly created safe zones are now being worked out, the concept envisions ceasing all combat operations and suspending military flights in those areas.

However, the US-led coalition has used the opportunity to establish their own so-called ‘de-confliction’ areas, within which, it has on several occasions, used perceived threats to allies as a pretext to strike Syrian government forces.

Moscow does not recognize any ‘de-confliction zones’ unilaterally declared by the US. Lavrov has made clear that such zones are different from the safe zones, which Russia, Turkey, and Iran established with the full support of the United Nations Security Council and the government of Syria.