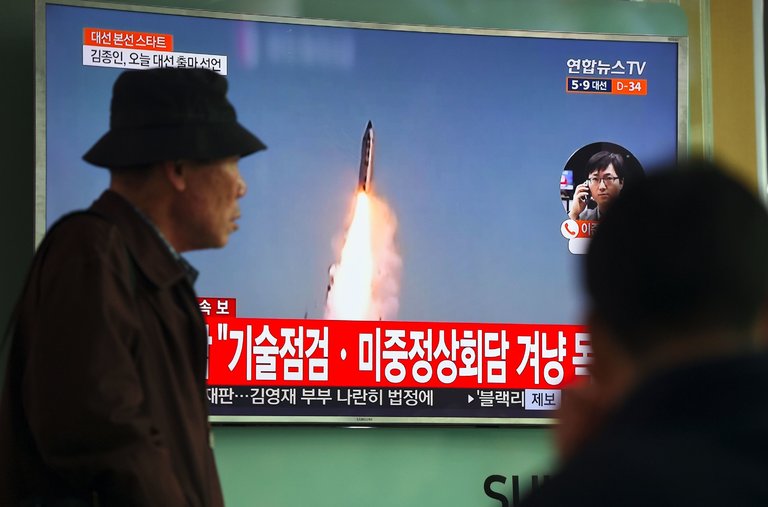 For the past six years or so, Russia has been in the business of screwing the New World Order ideology up pretty bad. When US officials were going crazy saying that Assad used chemical weapons in Syria, Russia presented evidence that this was not the case.

Russia has done it again. The warmongers have been saying that North Korea tested a missile on July 4th that had the potential to reach Alaska. Secretary of State Rex Tillerson called the alleged test “a global threat.”[1] Political prostitute Nikki Haley was already at the UN whining and saying crazy things like Russia needed to go along with the flow, which is none other than the New World Order ideology.

Well, Russia has calmed everyone down when they presented evidence showing that the warmongers got it all wrong:

“The evidence, compiled by the Russian Defense Ministry, was sent to the UN after a fierce Security Council debate over North Korea’s missile launch earlier this week, in which the UN’s assistant secretary-general backed the US assessment that the Hwasong-14 missile does, indeed, possess the technical characteristics to be called an ICBM.”[8]

The plot thickens: there is no need for the Neocons and ethnic cleansers to beat the war drum. They need to find a decent job somewhere else. No doubt that they hate Russia and Vladimir Putin. Russia told the world that both the US and the Israeli regime lied about Assad before.

During the Korean War, it is estimated that “39,000 Americans and at least 2.5 million Koreans died.” We certainly do not want to see blood all over Asia again. But the Neocons and warmongers do not care whatsoever. They want to take decent and naïve Americans and slaughter them all over the world in the name of “democracy” and “freedom.” As former US congressman Ron Paul aptly put it in 2013:

“The neo-con ideology promotes endless war, but neo-cons fight their battles with the blood of others. From the comfortable, subsidized offices of magazines like the Weekly Standard, the neo-conservatives urge the United States to engage in endless war – to be fought by the victims of the “poverty draft” from states where there are few jobs.

“Ironically, these young people cannot find more productive work because the Federal Reserve’s endless money printing to keep the war machine turning has destroyed our economy. The six trillion dollars that will be spent on the Iraq war are merely pieces of printed paper that further erode the dollar’s purchasing power now and well into the FUTURE. It is the inflation tax, which is the most regressive and cruel of all.”

No more wars for those gangsters.