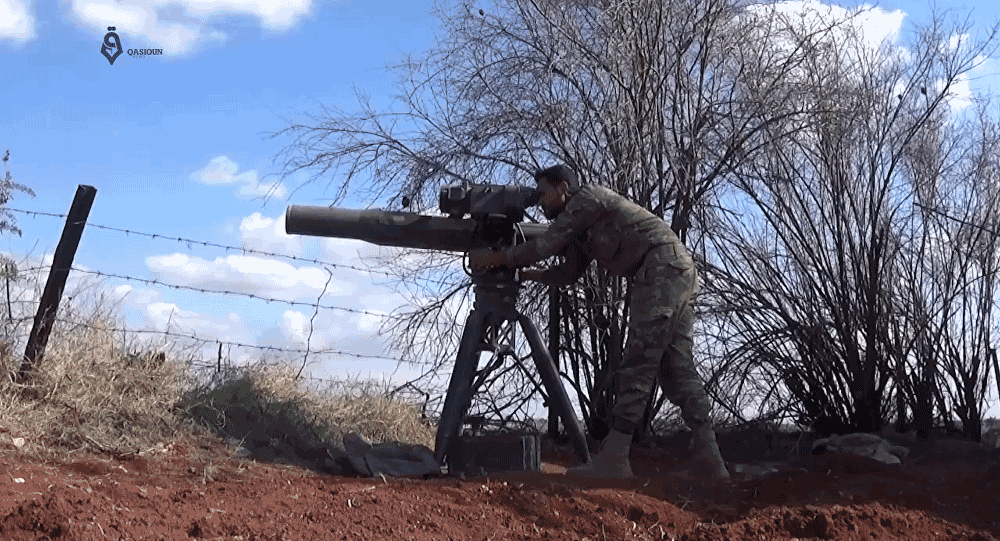 On Saturday, a diplomatic source told Sputnik that officers of the Center for Syrian Reconciliation have collected solid evidence to prove that Syrian militants use foreign-produced weapons and ammunition.

Among the findings were fragments of a United States-produced BGM-71 TOW anti-tank missile, discovered in the eastern suburb of Damascus.On Saturday, the Center for Syrian Reconciliation also registered 48 cases of mortar shelling in the Al-Qabas quarter, in the eastern Damascus suburb.

“Russian officers of the Center for Syrian Reconciliation registered on Saturday 48 mortar shelling of the Al-Qabas quarter from the positions of illegal armed formations in Ein Tarma and Jobar. Moreover, they gathered incontestable evidence proving that terrorists use foreign weapons and ammunition — took photos of shatters of the shells produced abroad with serial numbers,” the source said.

According to Syrian political expert Sleiman Halil, the TOW fragments found near Damascus prove that Western countries have been supplying weapons to Syrian militant groups, including al-Nusra Front.

“The fragments with serial numbers prove that terrorists have US-made TOW anti-tank missiles. An investigation could trace the delivery routes, which would be rock hard evidence to the repeated claims about coordination between terrorists and the US military,” Halil toldSputnik. 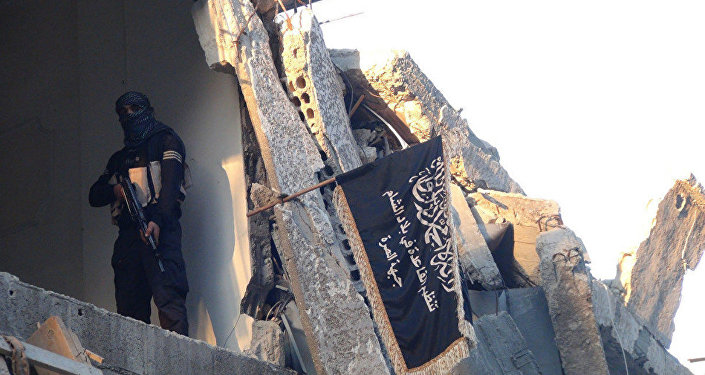 In turn, a source familiar with the situation in Ein Tarma told Sputnik that Faylaq al-Rahman militants are active in the area where US-made heavy weapons were used against the Syrian Army. Faylaq al-Rahman is known as an allied terrorist group of al-Nusra Front.”There are no units of the Syrian Democratic Forces (SDF) or other opposition forces in the area of Ein Tarma. This means that the terrorists managed to obtain the weapons previously provided by the Pentagon to the moderates,” the expert suggested.

Halil also pointed out that there have been numerous media reports about the supplies of Western, including American, weapons to Syrian militants. However, the fragments discovered recently by the Center for Syrian Reconciliation could be a very serious piece of evidence.

In particular, last year the German magazine Focus reported that a senior al-Nusra Commander told its journalist that the terrorist group received weapons, including TOW missiles, from the US.

“The missiles were handed over directly to us. Americans are on our side,” the magazine quoted the militant commander as saying.

The remarks came in response to journalist Jürgen Todenhöfer’s question whether any intermediaries, including the US-backed Free Syrian Army, were involved in the weapons transfers.

There have been several reports of the use of TOW missiles in the Syrian conflict. In November 2015, an anti-tank missile hit a vehicle carrying Russian journalists, 10 kilometers from the Turkish border in northern Latakia. Several reporters were injured in the incident.In summer 2016, an anti-tank missile was fired at a bus carrying Syrian journalists in an Aleppo suburb.

Al-Nusra Front militants have used TOW missiles and NATO-standard 81-mm mortar guns nearly during each of the key battles against the Syrian Army and its allies in Aleppo and its neighborhoods. Last year, fragments of Western-manufactured weapons were found by the Syrian military in a Palestinian refugee camp in northern Aleppo.