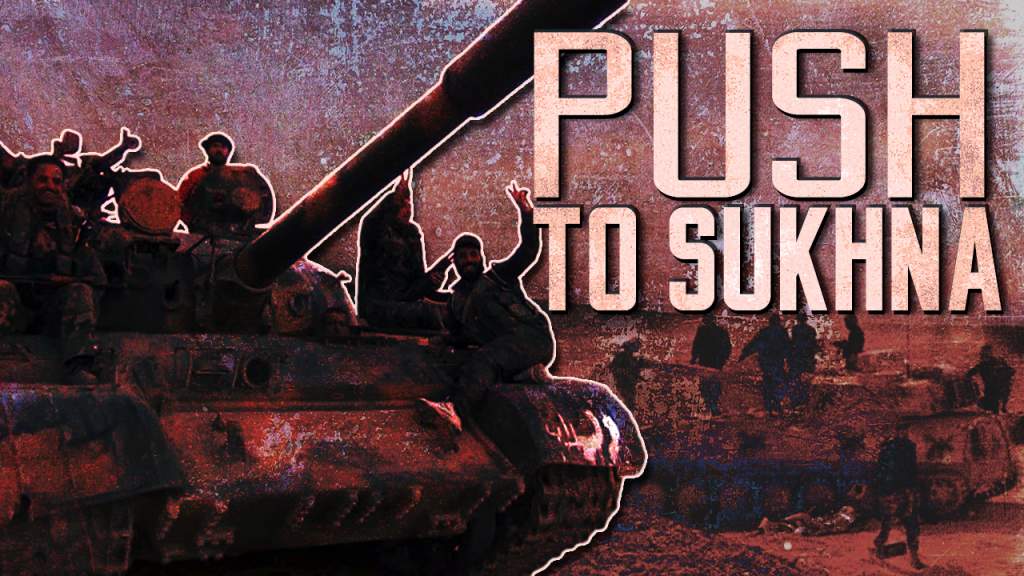 The Syrian Army and its allies have continued operation against ISIS in the countryside of Palmyra where government troops are advancing in the direction of the ISIS-held town of Sukhna. Government forces have captured a major part of the al-Haid gas fields and now are attempting to secure the area from ISIS attacks.

A group of self-propelled multiple rocket launcher systems, including MB-27 Uragan, have been spotted in the Arak gas field area. Summing up this and recent photo and video evidence showing artillery pieces and technical vehicles armed with various weapons arriving the area, it’s possible to suggest that the army and its allies will soon launch a major push in order to retake Sukhna from ISIS.

The Turkish military has allegedly deployed ATILGAN short-range air defense systems to the area of al-Bab in the province of Aleppo. The Erdogan government has been increasing its military presence in Syria since the start of the operation Euphrates Shield. According to pro-Kurdish sources, now, Turkey and its proxy forces are preparing for a military operation in order to retake Tall Rifat from YPG and YPJ. Kurdish militias are a core of the US-backed Syrian Democratic Forces (SDF).

The Kurdish political leadership represented by the Democratic Union Party (PYD) heavily relies on the US support. Recently, it has made a series of steps worsening its relations with Syria, Iran and Russia, thus, opening a window of opportunities for Ankara that seeks to clear the Syrian border area from militarized Kurdish organizations.
The Kurdish-Arab tensions are also growing in the area of Raqqah where the so-called Arab Elite Forces led by Ahmad Jarba have withdrawn from the battle of Old Raqqah as a result of disagreements with the SDF. In turn, pro-SDF sources argue that the SDF command has decided to do this because of the bad behavior of Arab fighters. The US-led coalition is trying to mediate the situation. In any case, this has already slowed won the advance against ISIS.

On Sunday, a ceasefire was implemented in the provinces of Daraa and Quneitra as a result of another US-Russian deal over Syria. Russian Foreign Minister Sergei Lavrov said the agreement includes “securing access of humanitarian aids, establishing contacts between the opposition in the area and a monitoring center being established in the Jordanian capital”. State Rex Tillerson said that “I think this is the first indication that the United States and Russia can work together in Syria.”

Iraqi Prime Minister Haider al-Abadi has arrived Mosul city to announce its liberation. Al-Abadi toured Mosul and congratulated the Iraqi soldiers, officers, and civilians, after Iraqi forces had liberated the entire Old Mosul area from ISIS. Al-Abadi held a meeting with commanders at the Federal Police HQ in western Mosul, and stressed the need to ensure security and stability in the city, to remove mines and explosives left by ISIS, and to protect civilians. However, according to local sources sporadic firefights between ISIS members and security forces are still ongoing in Old Mosul. Following the declaration of the liberation of Mosul, Iraqi forces will likely focus their efforts on liberation of Tal Afar.