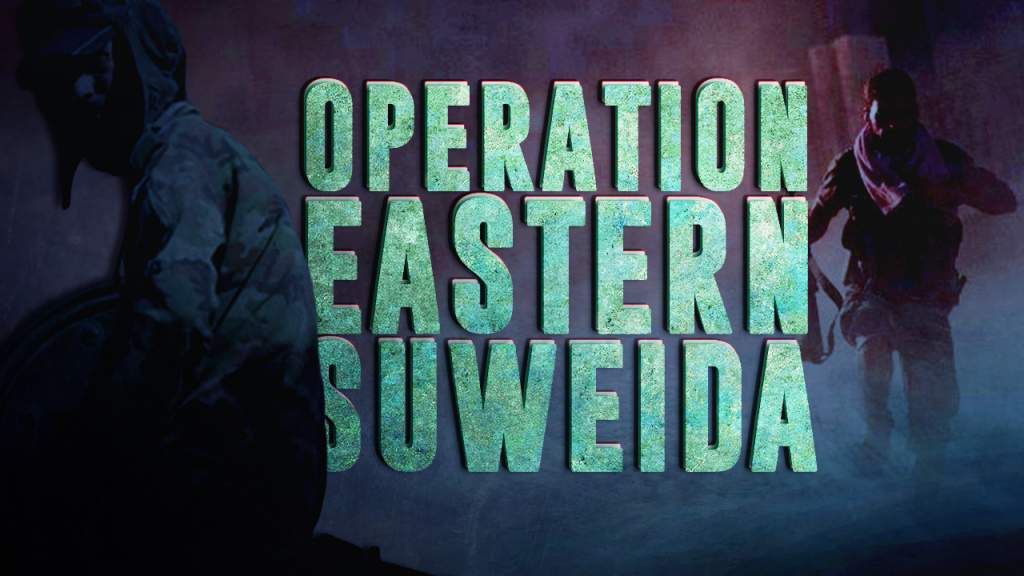 The aim of the operation was to clear the militant-held pocket northeast of Suweida and to oppress the units of US-backed militant groups operating in the area since they pose a threat to the countryside of the Syrian capital. According to some sources, US-backed forces have already withdrawn from the area. However, this still has to be confirmed.

US-backed Syrian Democratic Forces (SDF) recaptured the village of Ukayrishah from ISIS in the southeastern Raqqah countryside. The SDF is slowly moving along the Euphrates River capturing villages located near the road to Deir Ezzor. The goal of these efforts, being taken during the battle for Raqqah, is to set conditions for an expected operation against ISIS in the Deir Ezzor countryside.

If the SDF reaches and captures the town of Maadan, the US-backed force will have a useful position for an attempt to seize oil fields located in the northern countryside of the government-held part of Deir Ezzor City besieged by ISIS. This could also be used for a push towards the ISIS-held town of al Maydan. Capturing it would enable the SDF to cut off the Deir Ezzor-Baghdad highway and to secure a position for an advance on another ISIS-held town, al-Bukamal.

Meanwhile, SDF units continued their attempts at retaking the Old Raqqah area in the ISIS-held city of Raqqah. Following a heavy bombardment campaign by US-led airpower and artillery, the SDF captured some of Old Raqqah but faced fierce resistance from ISIS. Intense fighting is on-going in the area.

Iraqi Prime Minister Haider Al-Abadi has officially declared the liberation of the city of Mosul from ISIS terrorists. The declaration of the liberation of Mosul followed the victory of Iraqi security forces over ISIS in the Old Mosul area. However, the security situation in the city remains complicated. Iraqi forces are working to remove IEDs and mines set up by ISIS as well as searching for the terrorist group’s sleeper cells.