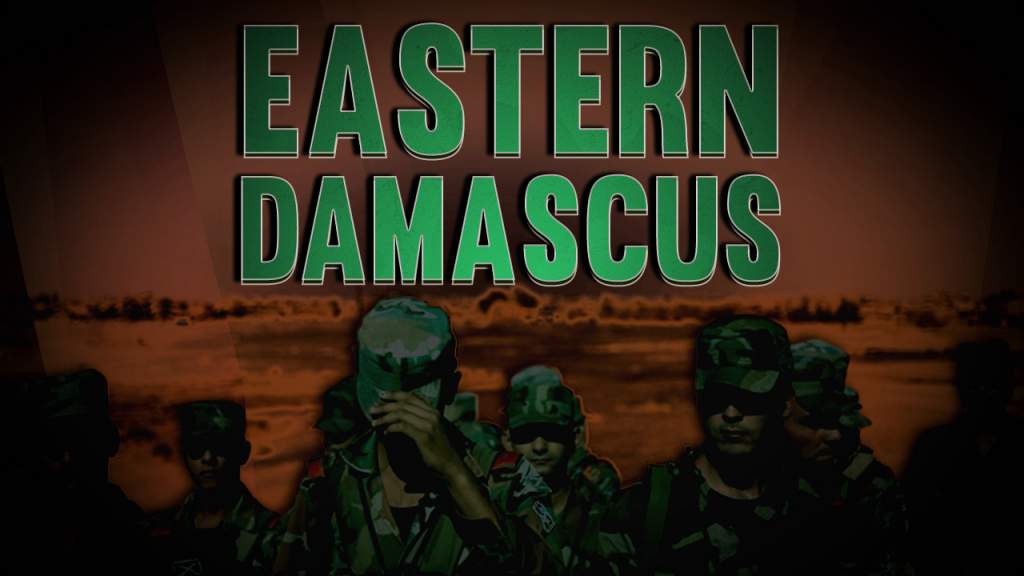 The Syrian Arab Army (SAA) and the National Defense Forces (NDF) are attempting to separate Jobar and Zamalka areas in eastern Damascus countryside. They have advanced along the M5 highway and claimed capturing some buildings in the process. Clashes have also continued in Ayn Tarma. Faylaq Al-Rahman and Hayat Tahrir al-Sham are two militant groups opposing the SAA and the NDF in the area.

The SAA, the NDF and other pro-government factions have fully liberated the al-Hayl gas field area, including hills near the gas field, from ISIS terrorists in the countryside of Palmyra.

The SAA and its allies entered the al-Hayl gas field area earlier this month, captured the al-Hayl gas station, and engaged ISIS units in an intense fighting in the area. On Tuesday, government forces got a full control over the area and seized hills overlooking the gas field. However, ISIS launched a counter-attack in an attempt to the field. An intense fighting is now ongoing.

ISIS had set up a series of strongpoints in the mountain area along the Palmyra-Deir Ezzor highway. These strongpoints became an obstruction for the government forces attempting to reach the strategic town of Sukhna.

A Russian military adviser, Nikolay Afanasov, has been killed as a result of mortar shelling from militants in Hama province, the Russian Ministry of Defense said on Tuesday. The captain was tasked with training Syrian ground forces. He was granted a state decoration posthumously. According to official statements, 34 Russian military servicemen have been killed since the start of the operation in Syria.

An intense fighting continued between the Syrian Democratic Forces (SDF) and ISIS inside the city of Raqqah. SDF units, backed up by the US-led coalition airpower and artillery, are pressuring on ISIS defense lines in western and eastern Raqqah in an attempt to reach the city center and divide it into two parts via the al Firdaws street. ISIS uses snipers and suicide bombers countering the US-backed advance.