Nichols on Nuclear Videos for You

Visit the Your Radiation This Week video channel and peruse the Nichols on Nuclear playlist to see these, and other maps of THE RADS IN AMERICA – MAPPED!  and much more.

Alert: The Table has changed: It is a VT Table and more capable; all columns are Sortable. Click on the triangle symbols to Sort Columns.

“Sorting” by Columns is only available on the VT Website. Search Google for the Title: Your Radiation This Week, Total Gamma Rad or YRTW. There are millions of results from many sites.

The YRTW and Total Gamma Radiation series of Numbered articles are always written about the recent two week’s Rad Weather.

Good Day! This is “Your Radiation This Week ” for the Radiation High readings for the year 2012. These are the recorded Total Gamma Radiation and Beta Radiation Highs that affected people around the States.

YRTW ELE is published every two weeks on Saturday. ELE is an acronym for “Extinction Level Event.” The amount of Rad in the air now Dooms Humanity to a relatively quick Extinction. I can’t say it any plainer than that.  The next publication dates are July 29 and August 12, 2017.

(YRTW) – The 2.1 Billion Rad Reading High recorded in 2006 was an unexpected High level of radiation to just be “out and about.” Here is a Summary of the X Series articles Sorted by Year.

As far as I know this information has never been published before to an Unclassified general circulation audience.

Your government in the States knew exactly what was going on with the deadly Rads … and they did it anyway. They killed people for kicks – a Crime. There’s about 8,000 Prosecuting District Attorneys in the States – Do your Job!

If you have a friend or loved one who passed from suspected Rad poisoning, mystery illness or heart attack/stroke that is just life in the Empire of the very radioactive USA.

It’s time to move on. All I can say about the Rad of the past is that the Rad Lethality gets worse the longer the Rad has time to “cook”. This Property of Rad cannot be changed.

All of life on Earth is radioactive by now and it only took about 70 years. This a planetary Death Sentence for all. Everyone is included. There is no way out.

There are 1,946 radioactive isotopes according to the Oak Ridge Nuclear Weapons Lab. In the Earth’s atmosphere all are produced by nuclear weapons and nuclear power plants. There are no other sources.

Lethality is the power to kill and injure. It exists and is measured by humans in deaths and in calculations.

This is perfectly logical when you recognize radioactive Isotopes change from one Isotope to another for billions of years. The Isotope Uranium changes to Plutonium and many others.

Plutonium is the ultimate killing machine. So bad that the Medical Director of the Livermore Nuclear Weapons Lab, Dr. John Gofman, said “Plutonium 239 is the most dangerous substance in the universe.”

Lethality is why the United States decided to make bombs from Plutonium and to drop them on humans. Nuke weapons are a good way to kill lots of people.

Coming up soon. Trying to have kids? The Fertility Rate in the States is Clobbered by the unrelenting Rads attack on Sperm and Eggs, not to mention Zygotes and Fetuses. 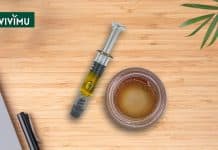 What are the Benefits and Effects of Buying CBT Isolate?