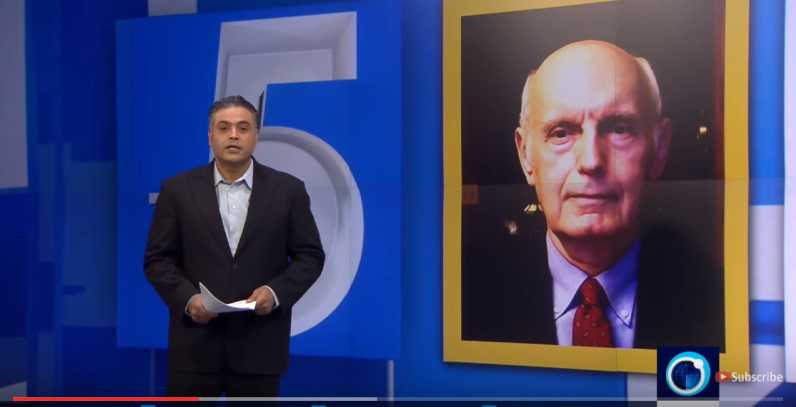 [ Editor’s Note: The UN Dance with terrorism continues. While Special Syria Envoy Staffan de Mistura appears to take the high road by pushing the anti-terrorism battle in Syria as the number once issue, that concern comes to a screeching halt for the terrorist proxy supporters.

He went close to the line, stating that to end the conflict, the continual supplies flowing into the terrorists would have to be stopped, but he would not name names. Via this abject failure, he becomes an enabler to the terror supporters, but I am not picking on de Mistura. He has a lot of company in not being able to see the terror supporter elephants in the living room.

I thank Press TV for the many interview opportunities to say what few will say. If you ever hear of my demise via a heart attack, you can assume it was triggered by an invitation to be on 60 minutes or CNN to discuss these verboten topics.

Despite a clean audio check before the interview, something went wrong after we started. You will have to focus to hear, but it is understandable and not an audio issue on your end. This has never happened before. And I can’t imagine that focusing on state-sponsored terrorism had anything to do with it… JD ]

The United Nations special envoy for Syria has called the fight against UN-designated terror groups a priority in resolving the country’s deadly conflict.

Staffan De Mistura was speaking at a press conference at the end of the seventh round of Syria peace talks in Geneva. De Mistura underlined the need for the full implementation of UN Security Council resolutions particularly those concerning arming and financing terrorist groups.

He further reiterated that Syria’s conflict could only be solved through an inclusive political process. The Syrian government negotiators and the opposition delegation did not hold face-to-face meetings during the seventh round of negotiations in the Swiss city. The next round of Syria peace talks is scheduled for September.