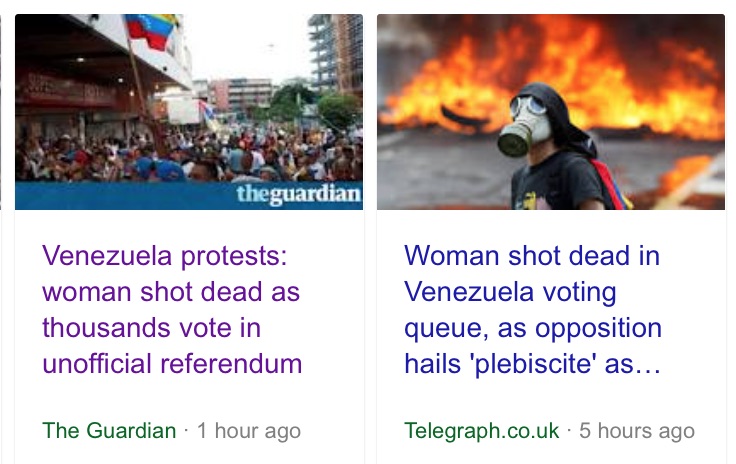 Just as they tried to torpedo last year’s Brexit vote with the false flag murder of Jo Cox, blamed on a “crazed Brexit supporter,” the NWO is trying to overthrow the Bolivarian Revolution and install a fascist neoliberal regime by hyping an image of violence blamed on their opponents.

The reported shooting in the Catia neighborhood of Caracas is, of course, being blamed on the government of Nicolas Maduro. But like the shootings that launched the NWO color revolution in Ukraine – falsely blamed on the Yanuchovych government that was targeted for overthrow, but actually carried out by NWO agents – the iconic shooting in Catia was in all likelihood a PR stunt by the enemies of Maduro.

The NWO is ruthless, evil, and unimaginably mendacious. They murdered Hugo Chavez with a cancer weapon. Now they are trying to murder the revolution Chavez sparked.

The plutocrats and oligarchs can’t stand the thought of ordinary people leading decent lives. That could lead to higher taxes – might have to sell one of those yachts or Gulfstream luxury jets!

They’re trying to turn the whole planet into a slave plantation. And once they’ve got enough AI-driven robots, they’ll kill off the slaves.