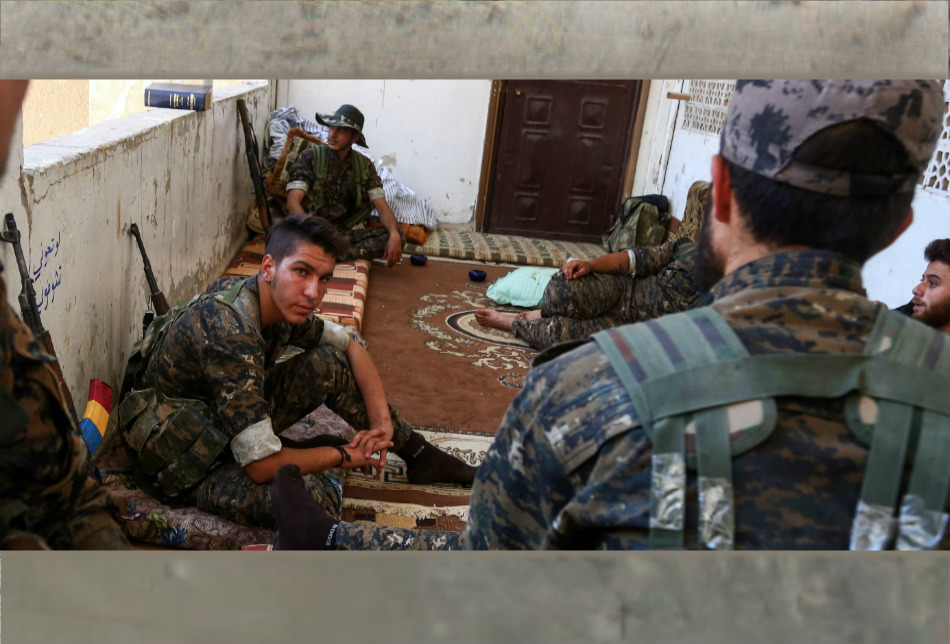 [ Editor’s note: This article is a classic case of a moving story. While Sheikh has a good analysis of the ceasefire intricacies at the time it began, we now have some 20/20 hindsight after it lasted only a week.

Right out of the gun, Israel denied after a day that it was not part of the ceasefire, revealing how little influence even the US and Russia together have over Israel. The reason of course is that no action is ever taken against Israel for its own Syrian aggression, so with that record, why would the Zios care what they think as long as they don’t do anything about it?

I found the mention of US and Israel not wanting foreign-backed Iranian fighters in the South a hoot, and a most discriminating one, when we have the huge record of the US coalition having been a conveyor belt of foreign fighters for the simple reason they were cheap, throwaway proxy boots on the ground.

The funny but sad part of the ceasefire is that the week’s reprieve from air attacks allowed the two warring factions in South Syria to work out a peace to join forces; and they celebrated by shelling Syrian positions. The unsaid in this twist of fate is how these groups could do this without a conveyor belt of ammunition and supplies flowing in from Jordan and Israel, with the Gulf States contributing to the cost.

We have had an undeclared World War of sorts being carried out against Syria, with even the UN hesitant to face up to it, mainly because it is a major violation of the UN charter and international law, making them look like a joke. So all conspire to pretend to be looking for a solution, but which avoids the obvious first step – that all those supporting proxy terrorism in Syria should be sanctioned.

And don’t laugh. Yes, I know one vote in the Security Council is enough to block it, but a formal investigation with the massive amount of evidence that exists now can be rubbed into the faces of those participating. That is the point. It would also expose the sordid participation of corporate media not finding state-sponsored terrorism a newsworthy task. It is well-known that the best way to kill a snake is to cut off its head… Jim W. Dean ]

The US-Russia brokered ceasefire agreement, like other such agreements reached in the past, is in place now. This is, however, not a straightforward path to peace in Syria as doubts remain and mutual antagonism continues to be in place as ever before. This is very particular with regard to the positions of both Iran and Israel.

Not only is Iran in a lockdown position because of its open reservations about ceasefire not being extended to the whole of Syria, but also because its authorities have understood this agreement as the one that might phase out Iranian role in the final Syrian settlement.

Israel’s warnings about the presence of Iran backed forces in the south of Syria and the fact that the Trump administration is in perennial opposition to any role that Iran can or should play are adding to Iran’s concerns, forcing Iranian officials to undertake a thorough review of their position in Syria.

These concerns were thoroughly expressed by Iran’s foreign ministry spokesperson when he said, “The agreement can be fruitful if it is expanded to all of Syria and includes all the area that we discussed in Astana talks for de-escalating the tension”, adding further that “Iran is seeking Syria’s sovereignty and security so a ceasefire cannot be limited to a certain location…No agreement would be successful without taking the realities on the ground into account.”

The “realities on the ground” imply nothing else but the presence of Iran backed forces and the role they have played in fighting and defeating ISIS. It is obvious to Iran that the US and its allies, particularly Israel and Jordan, have no love lost with them and are eager to see Iran being pushed back not only through the application of military means, wherever necessary, but also diplomatic agreements, the kind of which recently reached on the sidelines of G-20 summit in Germany.

The application of military means against Iran backed forces is very much on the cards. This was evident even before the ceasefire agreement had been reached. In the first week of July, it was reported that the Trump administration has instructed the US forces in Syria to take all measures necessary to protect US interests in Syria.

Based upon an assumption that Tehran was undermining US interests, a Trump official was reported to have said, “That was very clearly a process of the Iranians and Hezbollah and [the] Syrian regime probing and testing our limits, and testing how much we were willing to do,” one senior Trump administration official said. “In every case, it was a matter of them testing and probing, and us responding by defending ourselves.”

The clashes resulted from forces, including Iranian-backed Hezbollah, “violating a de-confliction measure that had been worked out with the Russians,” the official said. “The forces violated the measure.” The White House official also said that the Trump administration was duly focused on pushing Iran out of the Syria equation by choking off this (Hizbollah and Iran’s Revolutionary Guards) force.

This, again, is the US intention behind the ceasefire agreement reached with Russia. According to an article published recently by the US-based Foreign Policy magazine, the ceasefire agreement, although it explicitly aims at establishing a ceasefire between the Syrian government and the opposition forces, would also call for creating the southwestern Syria into “an exclusion zone for fighters of “non-Syrian origin,” including Iranian troops, their proxies, and fighters linked to al Qaeda and the Islamic State, which have a limited presence in the area.”

Citing a diplomatic source, the FP article also says that the agreement also means “barring Iranian-backed foreign fighters from a strategic stretch of Syrian territory near the borders of Israel and Jordan.” 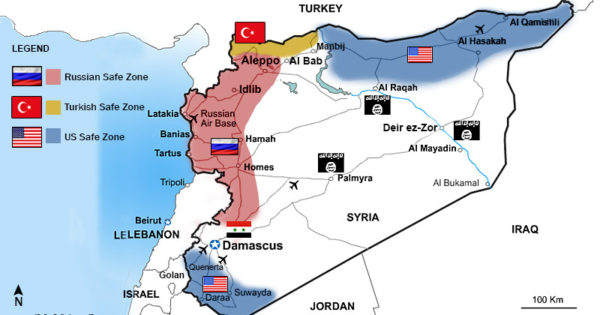 According to the said article, such interpretation of the agreement is particularly designed to reassure the Israelis that these elements would not be operating near the Golan Heights.

As such, in Israeli and US calculation, if Iranian forces are forced into a military engagement with the US forces, provision for which has already been made, and are consequently pushed back from the de-escalation zone, Iran’s route to Lebanon through Iraq and Syria would ultimately be blocked, leaving Hizbollah regionally isolated and Israel in an unchallengeable position.

Although Israel is not a direct party to the agreement, it is obvious that it has been pro-active behind the scenes, and is using the opportunity by tapping into the US-Iran rivalry to push Iran away from its border region.

Netanyahu was quick to make Israel’s involvement in this particular issue clear as he talked about Israel’s efforts, which included “preventing Hezbollah from gaining force in Syria by means of acquiring advanced precision weapons, preventing Hezbollah from establishing a ground force presence near our border and preventing the establishment of an Iranian military presence throughout Syria” to prevent the conflict from reaching their land.

But the crucial question that both the US and Israel seem not to have paid enough attention to is how and why Russia would persuade Iran to leave the said zone? Of particular importance here is also the Syrian government’s own position, vis-à-vis Iranian presence in the country.

There is no gainsaying that the former continues to see the latter as crucial for its survival as the Russian military support. Russia, therefore, is unlikely to push for an Iranian exclusion.

On the other hand, Russia’s resolve to keep Iran engaged in Syria is evident from the way the former is deeply involved in the Astana talks and the establishment of four de-escalation zones in Syria.

The bottom line is: the fate of the Israeli and US objective to use the ceasefire agreement to push Iran out of southwestern Syria is sealed, for if the objective is somehow achieved, it will run counter to the Astana talks, which is by far the actual forerunner of the current ceasefire agreement itself. Given the ambiguity surrounding the agreement and the given the projections being made from the US-Israel camp, it is obvious that they don’t see the agreement complementing, or being even a part of, the Astana talks.

What such a postulation means is that a US-Israel effort is at work here to jeopardize the success Russia, Iran and Turkey have achieved at Astana. By hitting on the Iranian role, the US and Israel seem to be causing a rupture that might drive a wedge between Iran and Russia and thus allow for a larger Iranian exit from the Syrian scene.

It is another thing that Russia doesn’t see the ceasefire going this way. For it, ceasefire must complement the Astana talks and need to be configured in a way that satisfies, in one way or the other, all parties, including Israel, the US and Iran.