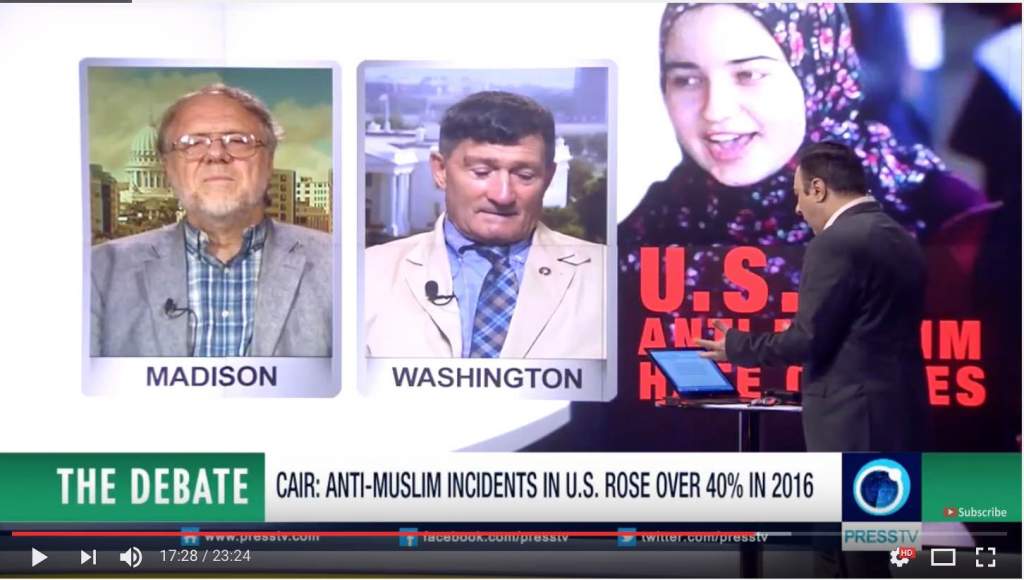 In this episode of The Debate, Press TV has conducted an interview with Veterans Today Editor, author and political commentator Kevin Barrett from Madison, and Frederick Peterson, a congressional defense policy adviser from Washington, to discuss the surge of hate crimes against Muslims in the United States.