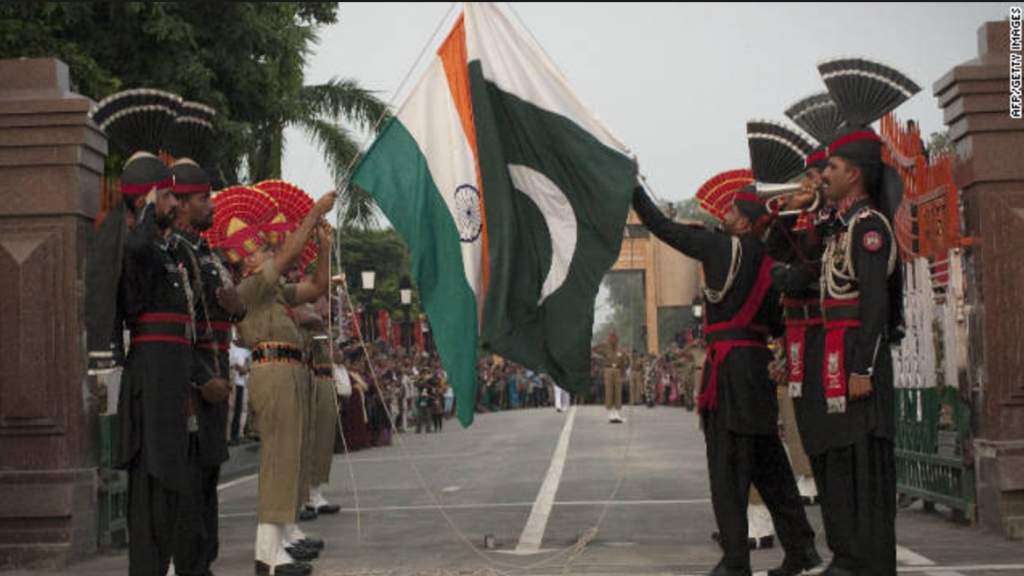 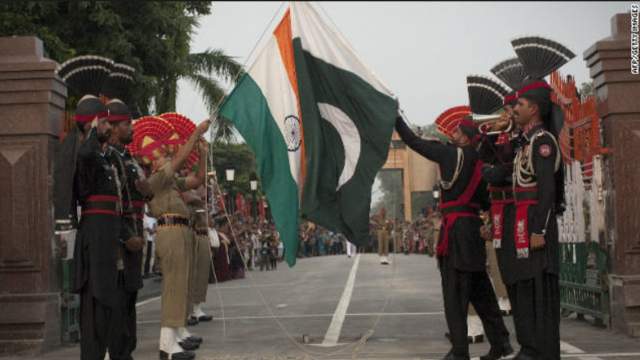 Although India has been targeting the civilians and military personnel near the border of Pakistani side of Azad Kashmir by continuously violating the Line of Control, yet India has, also, been waging the bloodless war against Pakistan by stopping the water-flow of rivers to Pakistan.

Unlike the past wars, being fought through the traditional armies with tanks and machine guns, the arena of war has changed, encompassing all the spheres. In the modern era, electronics have made it difficult for the military to serve as the automatic dominant sphere in every war, covering all the land, sea and space domains. Now, war with non-lethal weapons can be more harmful in damaging the interest of a rival country or enemy. It will be conducted in non-war spheres, entailing non-military means and tactics as part of the new warfare.

New technology is being utilized by the new warriors to carry out all forms of financial, network and media attacks. Most of these attacks are of non-military-types, yet they can be completely viewed as equal to warfare actions. In other words, bloody warfare has been replaced by bloodless warfare as much as possible.

Judging in these terms, New Delhi’s construction of several dams and new plans for more dams in the Indian Occupied Kashmir is part of its most dangerous scheme of bloodless warfare, being conducted against Islamabad in order to further harm all political, economic, financial and social spheres of Pakistan.

It is notable that in March, 2011, speaking in diplomatic language, Indus Water Commissioner of India G. Ranganathan denied that India’s decision to build dams on rivers led to water shortage in Pakistan. He also rejected Islamabad’s concerns at water theft by New Delhi or violation of the Indus Water Treaty of 1960, assuring his counterpart, Syed Jamaat Ali Shah that all issues relating to water would be resolved through dialogue. However, ground realties are quite different from what Ranganathan maintained.

Besides other permanent issues and, especially the dispute of Kashmir which has always been used by India to malign and pressurize Pakistan, water of rivers has become a matter of life and death for every Pakistani, as New Delhi has been employing it as a tool of terrorism to blackmail Pakistan.

In this regard, Indian decision to construct two hydro-electric projects on River Neelam which is called Krishanganga is a blatant violation of the Indus Basin Water Treaty. The World Bank, itself, is the mediator and signatory for the treaty. After the partition, owing to war-like situation, India deliberately stopped the flow of Pakistan’s rivers which originate from the Indian-Held Kashmir. Even at that time, Indian rulers had used water as a tool of aggression against Pakistan. However, due to Indian illogical stand, Islamabad sought the help of international arbitration. The Indus Basin Treaty allocates waters of three western rivers of Indus, Jhelum and Chenab to Pakistan, while India has rights over eastern rivers of Ravi, Sutlej and Beas.

Since the settlement of the dispute, India has always violated the treaty intermittently to create economic crisis in Pakistan. In 1984, India began construction of the Wullar Barrage on river Jhelum in the Indian Occupied Kashmir.

In the past, the issue of Wullar Barrage has also been discussed in various rounds of talks, being held under composite dialogue process between the two rivals, but Indian intransigence has continued. In the mid-1990s India started another violation by constructing the Baglihar dam on the Chenab River. In 2005, Pakistan had again sought the World Bank’s help to stop construction of the Baglihar dam. Although WB allowed India to go ahead with the project after a few modifications, yet it did not permit the interruption of the agreed quota of water flow to Pakistan.

In 2008, India suddenly reduced water flow of the Chenab River to give a greater setback to Pakistan’s autumnal crops. Islamabad on September 17, 2008 threatened to seek the World Bank’s intervention on the plea that New Delhi had not responded to its repeated complaints on the issue appropriately. But, India did nothing to address the problem.

It is mentionable that India has been using water as an instrument to pressurize Islamabad with a view to getting leverage in the Pak-India dialogue especially regarding Indian-Held Kashmir where a new phase of protests against the Indian illegitimate occupation has accelerated. In this respect, the then Foreign Minister Shah Mahmood Qureshi had said on February 8, 2010 that Pakistan’s case on Kashmir and water was based on truth, and the government would fight it with full strength.

Indian diplomacy of bloodless war could also be judged from some other development. Online reports suggest that New Delhi has secretly offered technical assistance to the Afghan government in order to construct a dam over Kabul River which is a main water contributor to Indus River.

In fact, India wants to keep its control on Kashmir which is located in the Indus River basin area, and which contributes to the flow of all the major rivers, entering Pakistan. It is determined to bring about political, economic and social problems of grave nature in Pakistan.

In this context, China Daily News Group wrote in 2005: “Another added complication is that in building a dam upstream of Pakistan, India will possess the ability to flood or starve Pakistan at will. This ability was witnessed in July of 2004 when India, without warning, released water into the Chenab River, flooding large portions of Pakistan. The history of conflict between these two nations makes it possible for New Delhi to use nature as a real weapon against Islamabad.”

Notably, many of Pakistan’s industries are agro-based such as the textiles industry. Besides, 80% of Pakistan’s food needs are fulfilled domestically. Thus an interruption of water supply would have broad-ranging effects. For example, when the country suffered a drought from 1998 to 2001, there were violent riots in Karachi.

It is noteworthy that half of Pakistan’s energy comes from hydroelectricity, and at present, our country has been facing a severe crisis of loadshedding which is the result of power-shortage in the country. During the recent past summers, people in a number of cities like Karachi, Lahore, Multan, Faisalabad etc. lodged violent protests against the loadshedding, culminating into loss of property and life.

It is of particular attention that Pakistan’s Federal Minister for Water and Power Khawaja Asif warned on February 10, 2015 that although the electricity shortage in the country would be overcome within two to three years, the scarcity of water is another issue looming in the country.

While, Pakistan has already been facing multiple challenges of grave nature coupled with phenomenon of terrorism like suicide attacks, bomb blasts, targeted killings etc., committed by the militants who are being backed by Indian secret agency, RAW. As part of the double game, based in Afghanistan, US-led CIA and Israeli Mossad are also in connivance with RAW and the militant outfits such as ISIS and are supporting acts of terrorism in Pakistan like Syria and Iran.

In this connection, as part of the latest wave of terrorism, at least 26 people were killed and several others injured in a suicide blast near Arfa Karim Tower on Ferozpur Road in Lahore, today (In the afternoon of July 24, 2017). Details regarding the casualties are still coming.

However, New Delhi also employs water as an instrument by increasing its scarcity, making life too often miserable for Pakistanis with the ultimate aim of creating poverty which could produce more terrorism in turn. And, India is likely to deepen differences among Pakistan’s provinces over various issues which are directly or indirectly related to water.

It is worth-mentioning that in January, this year even the US administration has initiated the process for peacefully resolving the water dispute between India and Pakistan—the latest dispute which concerns two hydroelectric power plants—Kishanganga and Ratle, which India is building on the Indus rivers system.

In this backdrop, after a pause of two years and ‘water war threats’ from the Indian Prime Minister Narendra Modi, Pakistan and India on March 20, 2017 resumed talks in Islamabad over the water issues with Pakistan welcoming the development, but vowing to defend its rights with ‘full zeal and vigour’. The two-day talks of Indus water commissioners of the two countries marked the first formal engagement between the arch rivals, during the Mod-led India. Under the Indus Waters Treaty, New Delhi is bound to hold such meetings with Islamabad. Notably, last year, Premier Modi had threatened to revoke the water accord with Pakistan.

Nonetheless, since the 9/11 tragedy, international community has been taking war against terrorism seriously, while there are also other forms of bloodless wars, being waged in the world and the same are like terrorism. Political experts opine that modern terrorism has many meanings like violent acts, economic terrorism etc., but its main aim is to achieve political, economic and social ends. In these terms, India’s bloodless war against Pakistan amounts to water terrorism.