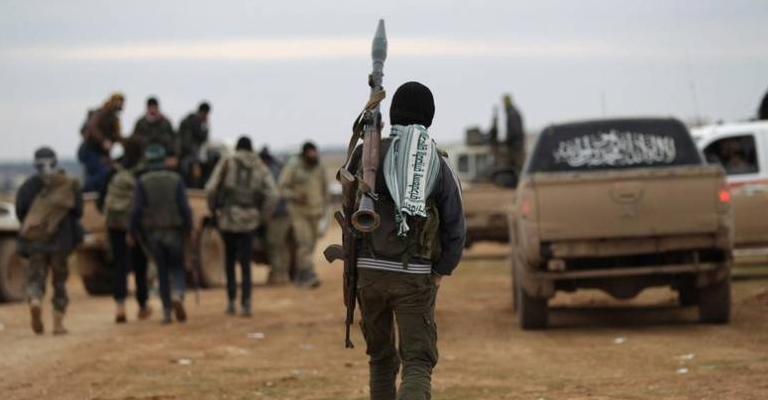 Recently, Hayat Tahrir Al-Sham militants (ex Jabhat Al-Nusra) have faced serious issues with money. Inside Syria Media Center military correspondents on the ground confirm that the militants and field-commanders have not received cash allowance for more than several months. Furthermore, the jihadists don’t receive money and ammunition for organizing and conducting illegal activity in Syria.
–
The militants are currently controlling vast territories in the eastern part of Aleppo province and the central part of Idlib. The opposing Ahrar al-Sham formations have to retreat under the pressure of Tahrir Al-Sham, suffering heavy losses and joining ISIS. Despite these facts, the condition of the former Al-Nusra front is not as good as it seems.
–
First of all, the units of the group are leaving the previously occupied territories and try to take under control other settlements in the region. That’s why Tahrir Al-Sham has serious disagreements with Ahrar al-Sham group. The militants try to seize the resources they need, including various weapons, equipment, fuel and other resources in new territories controlled by other factions.
–
Yet, another proof Al-Nusra having some difficulties is the fact that the militants have to sell small arms, explosives and other military equipment. From time to time, we can see offers on different types of weapons, ranging from pistols and machine guns to TOW missile launchers and missile installations on Facebook.
–
In addition, seeking profit, Hayat Tahrir Al-Sham militants advanced and occupied territories in the northern part of Aleppo, where the objects of historic and cultural values are located. At present, the militants grant license to so-called “black archeologists” for the possibility of carrying out archaeological excavations there. At the same time all the found artifacts are withdrawn for further selling to the Western collectors.
–
Moreover, Jabhat al-Nusra established full control over Bab al Hawa checkpoint on the Syrian-Turkish border. This achievement allows terrorists to set up selling of seized property via the checkpoint. Most often, the Turkish side is a major customer of these goods.
–
Apparently, militant’s western patrons and sponsors are beginning to realize that the financing of terrorists will no longer bring them dividends either in political or economic terms. Therefore, investing radical groups like Hayat Tahrir Al-Sham is not profitable any more as the successful steps of the Syrian Arab Army (SAA) contribute much to stability across Syria. The militants seem to be the scapegoats left to their fate.
*