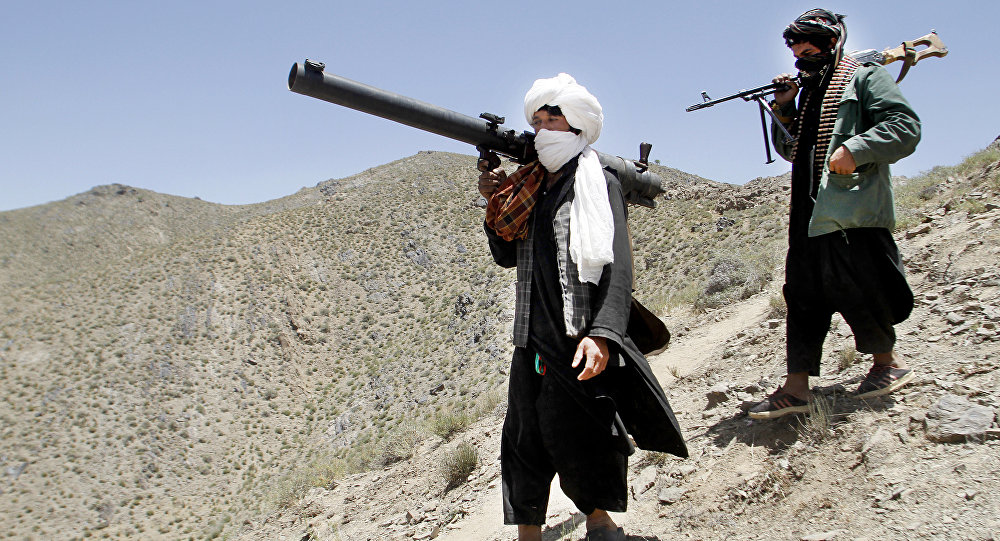 The Russian Foreign Ministry said on Wednesday that the claims that Russia is allegedly supplying weapons to the Taliban movement (banned in Russia) in Afghanistan were groundless.

MOSCOW (Sputnik) – On Tuesday, CNN claimed that it had exclusive videos purporting to show that the Taliban had allegedly received weaponry in Afghanistan which appeared to have been supplied by Russia, however, presented no proof.According to CNN, two separate Taliban groups say they got hold of weapons, which were allegedly supplied by the Russian government. One group said it took the weapons after defeating a rival group, while the other claims it got pistols for free that were smuggled through Tajik border. Experts say the weapons have no identification markings hence it is impossible to trace their origins.

“We have repeatedly stated that accusations of a series of Western and … Afghan media regarding Russia’s alleged support of the Taliban movement are groundless… We reiterate, Russia does not support the Taliban movement, and only maintains contacts with the Taliban to ensure the safety of Russian nationals in Afghanistan and to incentivise this group to join the process of national reconciliation,” the ministry said in a statement.

The ministry stressed that it is impossible to trace the country of origin of the weapons demonstrated in the video, as they were common and manufactured by many countries.

“It is hardly possible to seriously perceive the video materials, in which old, small arms of unknown and untraceable origin are demonstrated. [The weapons are] not stamped by the manufacturer, serial numbers are knocked down. In addition, the shown weapons are typical. As it is known, such samples were produced not only in Russia, but also in other countries, including [those in] Eastern Europe, from where the Americans imported them massively to Afghanistan in the early 2000s. Recently, the Taliban attacked the Afghan national security forces’ base in Helmand province using American Humvee armored vehicles. What conclusion can be made based on this information using the logic of the CNN?” the statement read.

The ministry strongly noted that neither Afghan authorities, nor US command or NATO in Afghanistan have provided evidence that would confirm these speculations.Earlier, US and Afghan officials accused Russia of supporting the Taliban. Moscow denounced the claim, calling it utterly false. The Kremlin said that these accusations are made to cover up US failures in Afghanistan and noted that it maintains contact with the terrorist group only to promote peace talks.

Russian Foreign Minister Sergei Lavrov said earlier that Moscow is only working with the Taliban in order to assist the implementation of a UN Security Council decision requested by the Afghan government that would allow the group to take a role in the political process. Lavrov also called accusations from the United States that it is supplying the Taliban with weapons baseless and unprofessional.

Earlier, Director of the US Defense Intelligence Agency Lt. Gen. Vincent Stewart said in his testimony before the Senate Armed Services Committee said that there was no evidence Russia had transferred weapons or money to the Taliban in Afghanistan.

Taliban is an Islamist terror organization that seeks to establish a strict Sharia law in Afghanistan.