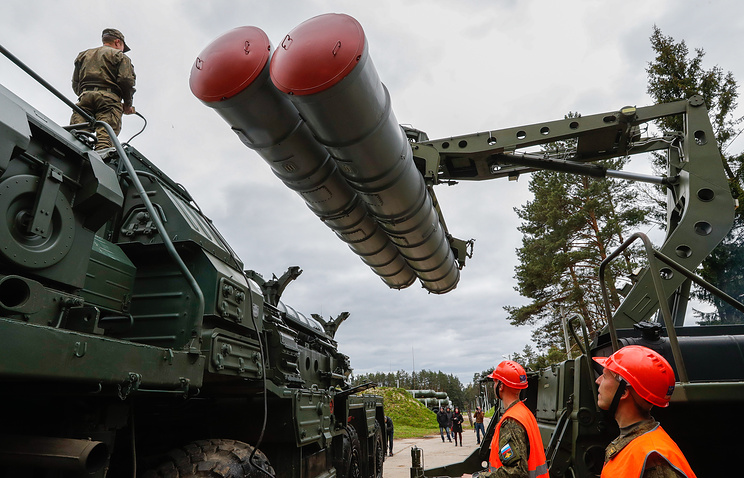 Izvestia: US Senate stalls appointment of new ambassador to Russia

The US Senate has deliberately put off the hearing on the appointment of former Utah Governor Jon Huntsman as new Ambassador to Russia, some Russian diplomatic sources told Izvestia. According to the diplomats interviewed by the paper, should there be a simultaneous change in the chiefs of diplomatic missions, they would assume office practically at the same time.

Washington has already approved the nomination of numerous ambassadors to various countries, but the hearing on the new envoy to Moscow has not been held yet. A source in the US Department of State said talking to the paper that they are waiting for the new ambassador to Russia to be appointed but cannot influence the.. The US Embassy in Moscow likewise said they have no specific information on the issue, as the Senate does not notify anyone about anything.

Because of this, Moscow cannot send Deputy Foreign Minister Anatoly Antonov to replace Sergey Kislyak who has already left Washington, while US Ambassador John Tefft is waiting for Huntsman’s arrival.

According to former Russian Deputy Foreign Minister Sergey Ordzhonikidze, attempts to delay the hearings effectively freeze the start of the full-fledged functions of the Russian diplomatic mission in the US.

“The Senate is trying to artificially slow down contacts between Moscow and Washington, at least for some time. The current composition of the Senate is extremely anti-Russian. I do not rule out that they are trying to harm Donald Trump by their actions too. The diplomatic mission’s operation without the ambassador is becoming increasingly more difficult,” the diplomat stressed in an interview with Izvestia.

He added though that, regardless of the actions by the Senate committee, the new ambassadors will be appointed anyway sooner or later, and this process cannot be stopped by anyone.

The recent declarations by Turkish President Recep Tayyip Erdogan about clinching a deal for S-400 air defense systems with Russia can be described as a political maneuver in Ankara’s relations with the West, Timur Akhmetov, an expert at the Russian International Affairs Council, told Kommersant.

“Mr.Erdogan’s statements are aimed at continuing the populist rhetoric in relations with the West presenting Turkey as a country going its own way contrary to what Brussels and Washington say,” the expert explained. “These remarks, however, can have a longer-term goal. According to Ankara’s plans, the availability of an allegedly feasible strategic alternative, such as military cooperation with Russia, can add to that country’s importance in the eyes of its Western partners.” Speaking to the Turkish parliament on July 25, President Erdogan stated that Moscow and Ankara had inked a deal to supply the S-400 air defense systems to Turkey. However, Russian sources interviewed by the paper said the contract had not been signed yet.

Last week, General Joseph Dunford, Chairman of the US Joint Chief of Staff, said that such a deal would be a matter of concern for Washington. Responding to these statements, Erdogan claimed he was ‘baffled’ arguing that each country takes necessary steps to ensure its own security.

Meanwhile, Turkish political scientist Ismet Konak pointed out talking to Kommersant that Erdogan’s statement came amid an unprecedented deterioration in Turkey’s relationship with Western countries, above all, the US. In his view, the purchase of Russia’s S-400 missile systems will crank up the heat in relations between Ankara and Washington.

Nezavisimaya Gazeta: Europe on brink of trade war with US

New US sanctions against Russia and Iran pose a real threat to European businesses. According to Europeans’ estimates, they will have to curtail businesses related to eight major oil and gas projects involving Russia, Nezavisimaya Gazeta writes. The new restrictive measures are likely to affect new pipelines for exporting Russian gas along with oil and gas projects in some third countries involving Russia. On Tuesday, the EU threatened the US that it would slap a ban on European banks lending to American firms.

The new US bill would profoundly affect Europeans first and foremost, the paper quotes the Euractive online publication as saying. The new law will make it possible to sanction any company working both in the field of development and modernization of Russia-related projects around the world. According to the publication, it could affect eight Russian projects involving European companies, among them the construction of an LNG plant in Ust-Luga, the Blue Stream gas pipeline and the Nord Stream project.

US House of Representatives passes bill to toughen sanctions on Russia

According to Alexis Rodzianko, President & CEO of American Chamber of Commerce in Russia, the proposed bill can present Europe with a dilemma – either to comply with the American law or present its interests and ideas in its own package of sanctions. In that case, US diplomacy will have less opportunity to reach an agreement, because it will be bound by its law, he emphasized, adding that the bill may force US energy companies to leave the Russian market.

Other experts interviewed by the paper likewise note the Americans’ determination to compete for energy markets. “Today the US has huge problems with the sale of liquefied natural gas. The eight preliminary outlined projects affect, above all, the EU’s interests,” says Valery Nesterov, analyst at Sberbank Investment Research. He believes that the main struggle will focus on the Nord Stream-2 project. Nevertheless, one should wait for a response from the European Union, he added.

The effects of new US sanctions on the Nord Stream-1 and Nord Stream-2 projects cannot be overestimated, CEO of Forum Roman Parshin says. “These are the key energy projects for both Russia and Europe, and a possible lag in their modernization due to sanctions will cost both sides billions of dollars,” he stressed.

During the St. Petersburg naval parade to celebrate Russian Navy Day, Moscow’s Defense Ministry will organize a TV bridge to link the country’s major bases of the Northern, Black Sea and Pacific Fleets and the Caspian military flotilla where the ceremony will be held, Izvestia writes. There will also be a video conference with the Russian naval base in Syria’s Tartus where a parade dedicated to Russian Navy Day will be held. Russian President Vladimir Putin who is the Supreme Commander of the Russian Armed Forces usually takes part in such events.

Presidential Spokesman Dmitry Peskov would not disclose any details about the Russian president’s schedule while talking to Izvestia. However, it is worth mentioning that last year Putin reviewed the troops at the naval parade in St. Petersburg. “Naval parades of this magnitude were held on the occasion of the 50th anniversary of the Victory (in the Soviet Union’s Great Patriotic War against Nazi Germany) and the 300th anniversary of the Russian Navy,” former Deputy Commander of the Russian Navy Admiral Igor Kasatonov told the paper. “The third main naval parade in St. Petersburg and the expected participation of the president in it is a sign of high confidence in the Russian Navy. At the international level, the Navy’s standing has been ensured by its on-the-ground activities to protect our Arctic region, Crimea and actions in the eastern Mediterranean region.”

The first large-scale naval parade during the Soviet era was held in 1957. It was led by prominent military commander Marshal Georgy Zhukov. Taking part in the upcoming naval parade in St. Petersburg will be more than 60 warships, boats and support vessels, including the Pyotr Velikiy battlecruiser and the Dmitry Donskoy strategic missile submarine. Dozens of warplanes and helicopters will participate in the parade’s aerial display. A commemorative medal will be issued for the participants in the naval parade.

Russian youngsters are visiting cinemas far less often, and the average age of cinemagoers is on the rise, Kommersant writes citing data provided by Nevafilm Research. Despite the fact that ticket prices are falling, they nevertheless remain essential. At present, the average price is 244 rubles ($4), and viewers usually spend as much in cinema bars.

According to Nevafilm Research, the average age of cinemagoers is currently 29 years old. Moviegoers aged 18-24 make up only one-third of the audience, while the share of young people in the total number of viewers has decreased by 8 percentage points since 2011. People aged between 25 and 34 make up 37% of the total number of moviegoers, those aged between 35 and 44 years account for 15% of cinemagoers, those over 45 make up 8% and viewers under 17 years constitute just 7%. Russian audiences note the high price of cinema tickets. Sixty-two percent complained there are no discounts, while 40% said they could not afford to visit cinemas more often. Another 60% said the lack of time prevented them from going to the movies.

“About six or eight years ago, filmmakers in Russia did their utmost to attract adult audiences to cinemas, because the younger generation watched everything that appeared on the screens. The issue that is discussed much more often is how to make sure that people born after 2000 visit movie theaters,” said Olga Zinyakova, Director of the Karo Cinema network. She noted that audiences aged 20-30 account for 60% of the viewers in the network’s cinemas.

Clearly, young people have less pocket money to shell out than before the crisis, she added. In addition to that, there are the tough 16+ and 18+age restrictions, which also affect the number of young viewers.