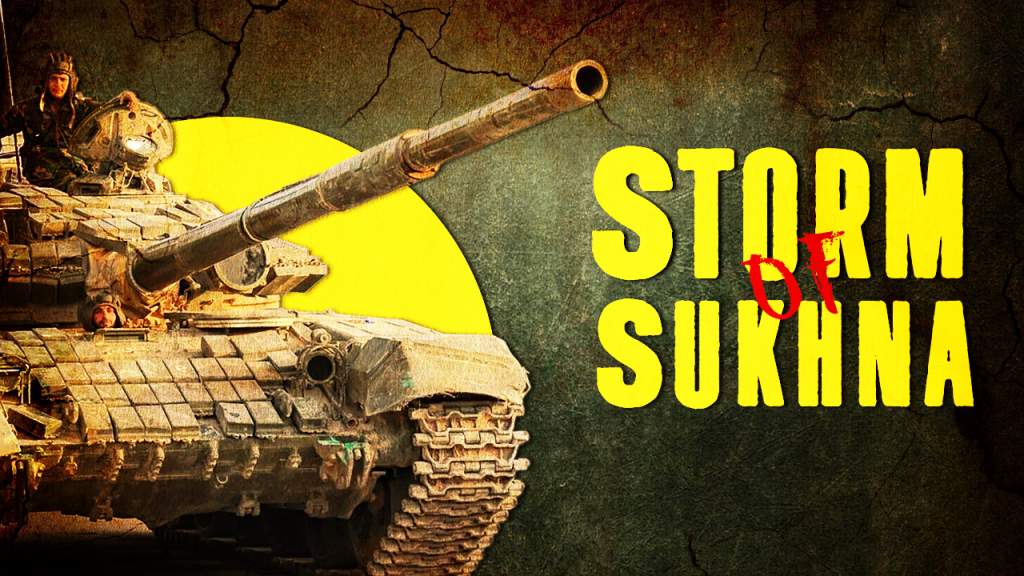 On Wednesday, Syrian government forces liberated important hills southwest of Sukhna and established fire control over this strategic ISIS-held town in the province of Homs. The advance was heavily supported by Russian and Syrian warplanes and attack helicopters. On Thursday, the army advanced further in the area.

Sukhna is one of the most important ISIS strongholds in the province. However, the town is surrounded by a number of heights. Thus, the side which controls these heights controls Sukhna. Recent developments demonstrated that the Syrian military has a clear understanding of this.

In the province of Raqqah, the Syrian Army and allied tribal forces have liberated Tal Kharrar, Nuzayzah, and Rajm Sulayman and advanced on Sabkah and Ghanim Ali. Government forces are now only 10km from entering the province of Deir Ezzor from the southern direction.

The US-backed Syrian Democratic Forces (SDF) have announced that they liberated 8 districts of Raqqah comprising 45% of the city.

Owing to a failed attack by ISIS, the SDF allegedly killed 14 ISIS fighters in the Nazlat Shehadeh district.

Separately, the SDF allegedly killed 35 ISIS fighters and destroyed 4 ISIS VBIEDs during its advance in the districts of Hashim bin Abdul Malik, Al-Bareed, and Al-Rawda.

ISIS claimed that its members carried out 4 VBIED attacks and killed at least 21 SDF members.

Sources from the SDF-linked Raqqah Civil Council have announced that the Syrian military is preparing for an attack against the SDF in Raqqa signaling that only the US presence prevents this. Several SAA sources denied these reports.

The current SAA goal is to lift the ISIS siege from the city of Deir Ezzor. Most likely, the council’s statement is just a part of the ongoing US-led media-campaign against the SAA, the goal of which is to prevent cooperation between the Syrian military and Kurdish militias which are a core of the SDF.

Clashes between SDF and pro-Turkish militants have occured in the village of Jejan in northern Aleppo. According to pro-Kurdish sources, the SDF repelled an advance and killed 16 militants. In turn, Ahrar al-Sharqiya announced that it and Ahrar al-Sham took control over the village.

The situation remains unclear as sporadic firefights are still ongoing.