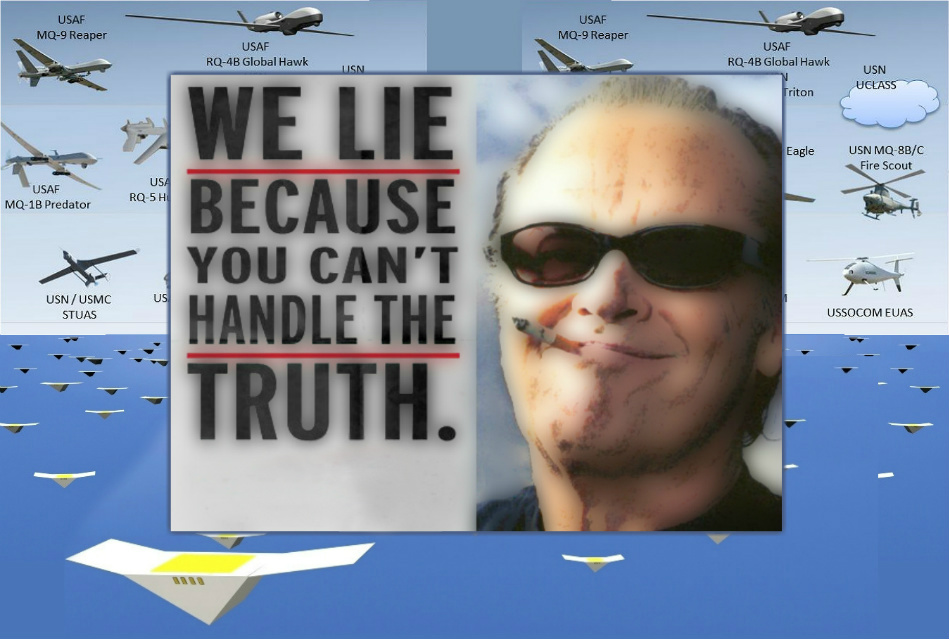 According to the Bureau of Investigative Journalism (BIJ), 1600 US strikes were recorded in Afghanistan from January to June this year, killing 366-575 people, at least 18 were civilians. “More US strikes hit Afghanistan in the first six months of the year than in 2015 and 2016,” reported the BIJ early in July 2017.

On March 16 this year, the al-Jina village in Syria was victim of an emblematic attack on Uncle Sam’s “murderous birds” by criminal aggression followed by cynicism, when at least 38 civilians were killed in a mosque, including at least five children victims of two bombings followed by drone – the so-called “double tap,” through which the US unmanned aerial vehicle fired a second time as survivors tried to get out of the rubble. The Pentagon, which had never conducted a personal investigation into the area of the reconnaissance attack by limiting itself to remotely controlled surveillance, denied that a mosque had been bombed, against reports, photos and videos released by independent Syrian organizations, and by Human Rights Watch.

In the following talking, the British human rights campaigner and journalist Peter Tatchell comments US drone program and its current stage. Tatchel is the founder of the Tatchell Foundation, and contributes to The Jeremy Vine Show on BBC Radio 2.

Edu Montesanti: When the Obama administration discussed drone strikes publicly, it offered assurances that such operations are a more precise alternative to boots on the ground and are authorized only when an “imminent” threat is present and there is “near certainty” that the intended target will be eliminated. How do you see such a “policy”, that of substituting boots on the grounds by drones?

Peter Tatchell: Drones serve the same purpose as boots on the ground. They are merely a different way of achieving the same military objective.

The drone strategy of the US armed forces is intended to improve target-hit accuracy and enhance the elimination of enemy combatants, while reducing civilian and US military deaths.

But the reality is that flawed intelligence has led to civilian casualties, including the killing of wedding parties and others.

Professor Doctor Azadeh Shahshahani, a respected lawyer at the American Civil Liberties Union, recently observed to me that:

a) In the domestic (US) context, they be used for artistic or investigative purposes. For example, they can be used to investigate agribusinesses to see if they are engaging in animal abuse or not. In that sense, they can play an important and legitimate role. However, their use needs to be regulated to ensure that they are used for surveillance by law enforcement agencies.;

b) Per international humanitarian law, drones can only be used as bombs in an active armed conflict and even then with certain restrictions including military necessity, humanity, distinction, and proportionality. Only combatants or civilians who are directly participating in hostilities may be targeted. Targeting of other civilians is prohibited and may constitute a war crime

How much the US government is respecting these principles, Peter, using drones both as surveillance and bombs?

Drones can be used for benign purposes, such as monitoring bushfires and floods, delivering aid to remote earthquake victims and finding sailors lost at sea.

The US use of drones for military purposes is purportedly restricted and within the confines of the international laws of war.

However, civilians are being killed. In some cases, it looks like these deaths may have been the result of the reckless use of unreliable intelligence sources or broad-brush indiscriminate targeting.

These instances may amount to war crimes.

What do you think of the UK government historically supporting US attacks with drones and surveillance, including using it in the Great Britain to spy?

The UK complicity with US drone attacks and surveillance is too open ended. London seems to not ask questions or assess consequences.

Britain’s ‘special relationship’ with Washington often involves giving the Pentagon a free hand. What the US wants, the US gets.

The problem is mostly not drones per se, but the military strategy and decisions that direct their use. It is the military and targeting policy that needs to change.

Drones are sometimes used as a way of circumventing congressional and public opposition to troop deployment. They become tools for the subversion of the democratic process.

Britain’s ‘special relationship’ with Washington often involves giving the Pentagon a free hand. What the US wants, the US gets.

Strategic US drone spies on Donbass